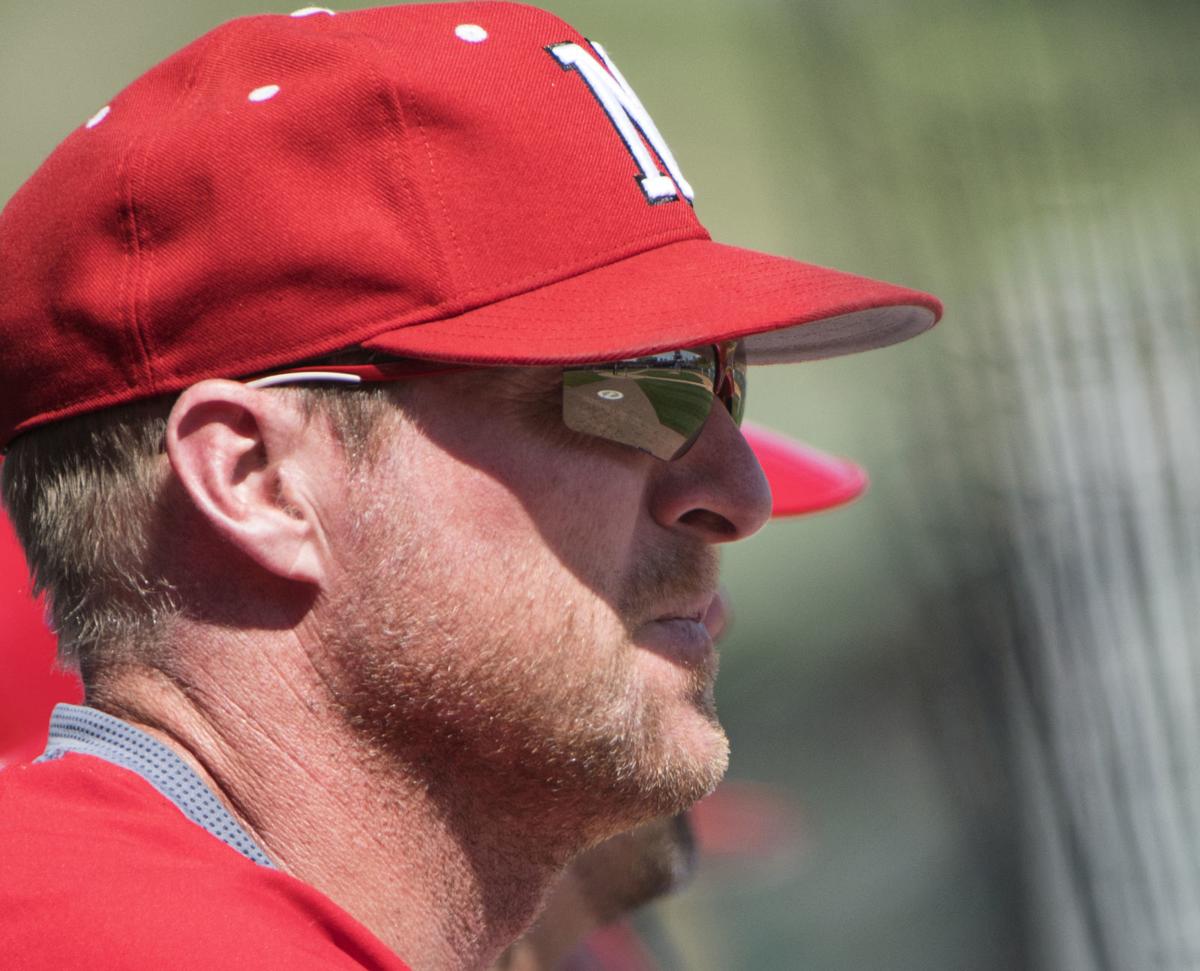 Nebraska finished with a 267-193-1 record in eight seasons under Darin Erstad. He announced his resignation Monday evening. 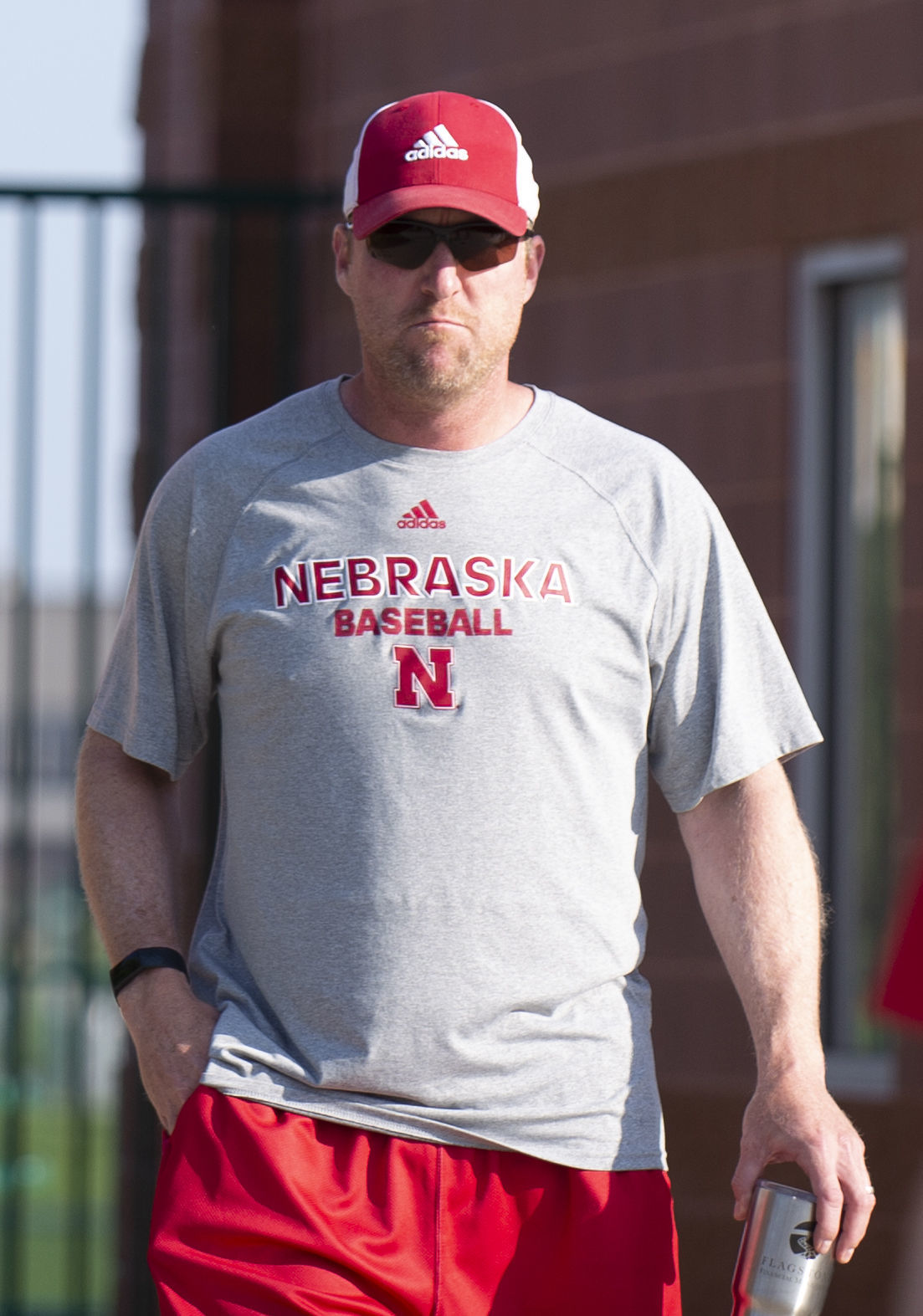 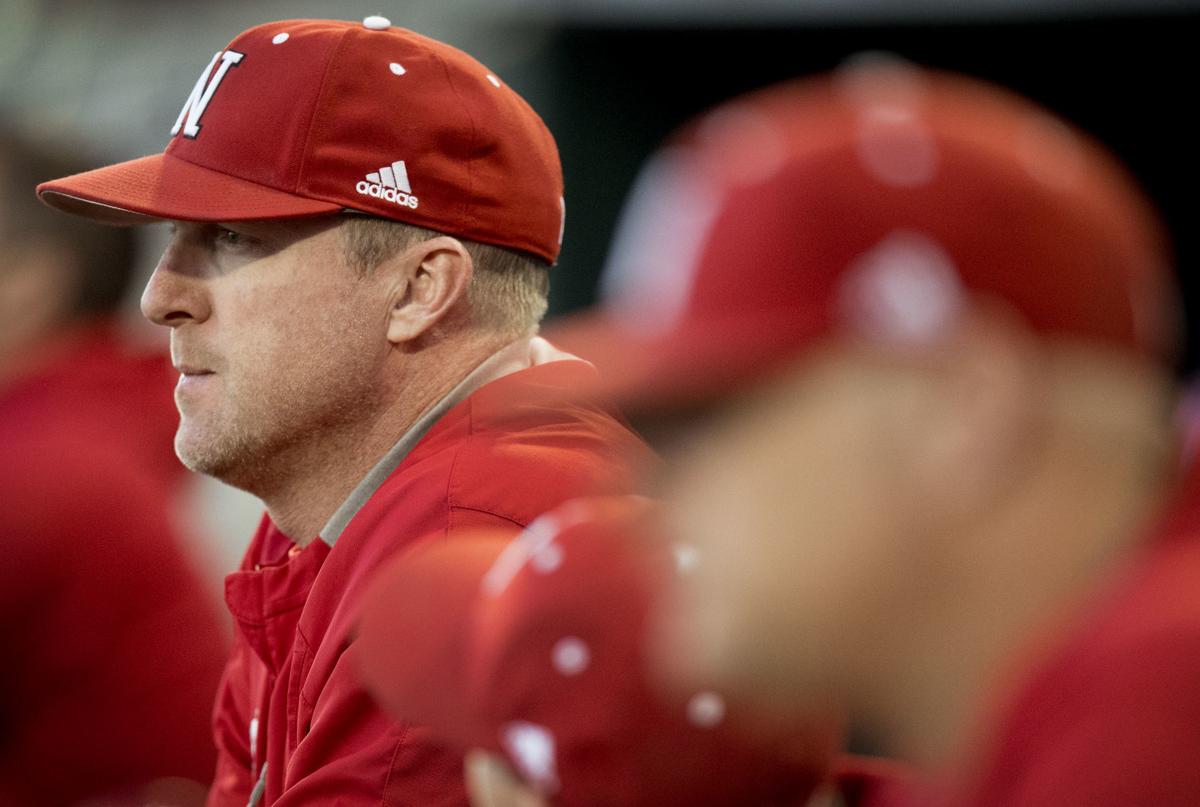 Nebraska baseball coach Darin Erstad watches as Minnesota takes fielding practice before its game against the Huskers on May 22 at TD Ameritrade Park.

Husker baseball coach Darin Erstad, who built his legend as a standout two-sport athlete for the Huskers more than 20 years ago, and later as a 14-year major-leaguer, announced Monday he was resigning after eight seasons at the helm to spend more time with his family.

"After about 25 years of grinding as a player and a coach," Erstad said, "I'm just ready to take a deep breath and smile again."

He'll smile secure in his decision. Speaking to a small group of media members early Monday evening, Erstad recalled the effect his parents had on his own athletic life.

"I just know how important it was for me growing up to have my parents there all the time at games and practices, and that's meant a lot to me," Erstad said. "And I want to be able to do that for our kids as well. It's tough, because I really enjoy the kids (at NU); I love Nebraska, obviously, but it was time."

Erstad and his wife, Jessica, have one daughter, Jordan, and two sons, Zack and Adam.

"The kids told me not to stop coaching," Erstad said. "They didn't want me around. But I'm just ready for the next phase of life."

Erstad's resignation came one day before his 45th birthday, and eight years and one day after he was named head coach at NU on June 2, 2011.

Nebraska arrived in Lincoln from Oklahoma City at about 4:30 p.m. Monday, one day after the Huskers' season ended with a 16-1 loss to UConn in the Oklahoma City Regional. Erstad told the players he wanted to meet following their return home, and delivered the news in the clubhouse at Haymarket Park.

"It’s very emotional. I’ve never seen 35 to 40 guys crying in a room like that. We’re so happy for Coach," NU junior pitcher Robbie Palkert said. "He made a decision for him and his family and we all respect the hell out of him for that.

"He’s been talking about values for four years now for me. We value family; we value each other above everything else. To see that finally come true and be embodied, like it has every single day, but to finally get that closure, that’s a really, really cool thing."

Many players were still emotional as they trickled out of NU's baseball complex after the meeting ended.

Freshman pitcher Kyle Perry was still in tears more than 40 minutes after getting the news and having a one-on-one meeting with Erstad.

"The first he thing he said to me was, 'I’m sorry.' It just broke my heart. He made everybody on the team just (be) the best they could possibly be, on and off the field," Perry said. "He wanted to see his kids grow up.

"There’s so much you have to pour into this thing. I respected his decision so much. We all respect him so much as a man. It came as a shock, but at the end of the day, that’s a big-boy move and baseball’s a freaking game, for God's sake."

Erstad's record at NU was 267-193-1. The 2017 Huskers won the Big Ten regular-season title, with Erstad named the league's coach of the year.

While Erstad steered the program back to respectability after three straight seasons of double-digit Big 12 losses, the Huskers never did reach the heights of the 1999-2005 NU squads that won four Big 12 Tournament titles, two regular-season championships and made the only three College World Series appearances in program history. NU was 2-8 in their four regional appearances under Erstad, including a 1-2 mark this season.

After losing to Indiana in the 2014 Big Ten Tournament championship game, the Huskers lost 10 of their next 12 postseason games (Big Ten and NCAA tournaments) and failed to qualify for the 2018 Big Ten Tournament after going 24-28 overall and 8-14 in the league.

That run included two straight seasons of going 0-2 at the Big Ten Tournament, with a 1-2 showing in 2017 after the team won the regular-season title.

Nebraska had lost five consecutive NCAA Tournament games, scoring nine total runs in those games, before knocking off UConn 8-5 on Friday at the Oklahoma City Regional.

The Huskers followed that victory by taking a 5-0 lead on No. 9 national seed Oklahoma State and leading 5-2 in the ninth inning before the Cowboys scored four runs in the frame to rally for a 6-5 win. The comeback was capped by Trevor Boone's three-run home run with two outs.

The Huskers' season ended Sunday with the loss to UConn in a regional elimination game, dropping them to 32-24 for the year.

The lack of postseason success led to a growing portion of the fan base questioning whether Erstad was the right man for the job. But that criticism played no role in Erstad's decision, he said.

"I've been dealing with that my whole life. As a player you're under heavy scrutiny. I get that at a place like this, there's going to be that," Erstad said. "I actually enjoy that stuff. It keeps you on your toes. But that had no bearing on anything."

Erstad, as blunt as they come in Nebraska's coaching circle, seemed sincere in his desire to spend more time with his family. The decision, he said, was something he'd been mulling  the past couple years.

"I remember last summer I looked at my daughter and she had grown, like, a foot. You just have your head down and you can’t get back those moments," Erstad said. "I've asked numerous coaches this through the last few years: what’s your biggest regret about coaching? And it’s not seeing your kids grow up.

"I’m not ready to lose those memories."

Watch: Darin Erstad discusses the reasoning behind his resignation

Robbie Palkert: Darin Erstad 'was a father to me'

Speechless is an understatement. Coach Erstad poured his heart and soul into Husker Baseball. He has done more for me than I could ever pay back. I am so grateful for the time I got to spend under his wing. So much love for him and the Erstad family for all they’ve done. #gbr

Coach Erstad genuinely cares about all of his players and helped me not only become a better baseball player but a better man. I will forever cherish the 3 years I got to play for him here at Nebraska! THANK YOU COACH FOR EVERYTHING 🙌

As we get to know second-year Nebraska athletic director Bill Moos, a few traits become evident: He's ultra-competitive, has a big imagination and thinks big. Yeah, sort of like Big Ten commissioner Jim Delany. So, it makes sense that Moos thinks so highly of Delany, who's in his final year in charge of the league.

OKLAHOMA CITY — The team that clawed, scrapped and grinded its way to the precipice of a regional final Saturday night saw its season end with…

OKLAHOMA CITY — In the rubble of Nebraska's 6-5 loss to Oklahoma State late Saturday night, the Huskers didn't have a lot of answers for what …

Despite fast start, Cowboys come from behind to shock Huskers in NCAA regional

A look at Darin Erstad's timeline as Nebraska baseball coach.

NU baseball coaching search begins: Who might the Huskers take a look at?

A look at some of the top rising coaching stars in college baseball.

The Huskers offered a scholarship Tuesday to Creighton Prep junior AJ Rollins, a multi-talented 215-pounder who is 6-foot-6 and being recruited as a tight end.

Nebraska senior pitcher Matt Waldron was selected by the Cleveland Indians in the 18th round of the Major League Baseball Draft on Wednesday. The Indians took him with the 550th pick.

Greg Beals and Darin Erstad didn't cross paths until both were in the Big Ten.

Earlier this month when the news came out that Darin Erstad had resigned as Nebraska baseball coach, Husker volleyball coach John Cook was shocked.

Nebraska finished with a 267-193-1 record in eight seasons under Darin Erstad. He announced his resignation Monday evening.

Nebraska baseball coach Darin Erstad watches as Minnesota takes fielding practice before its game against the Huskers on May 22 at TD Ameritrade Park.