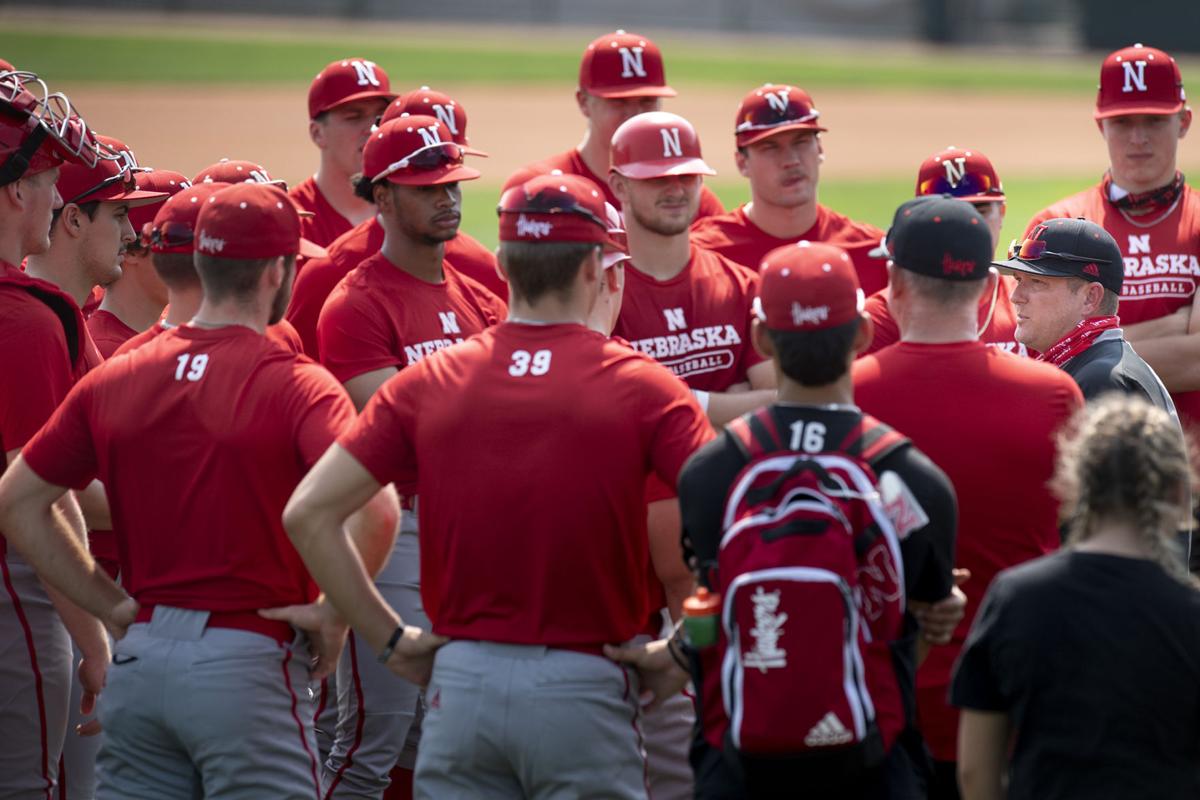 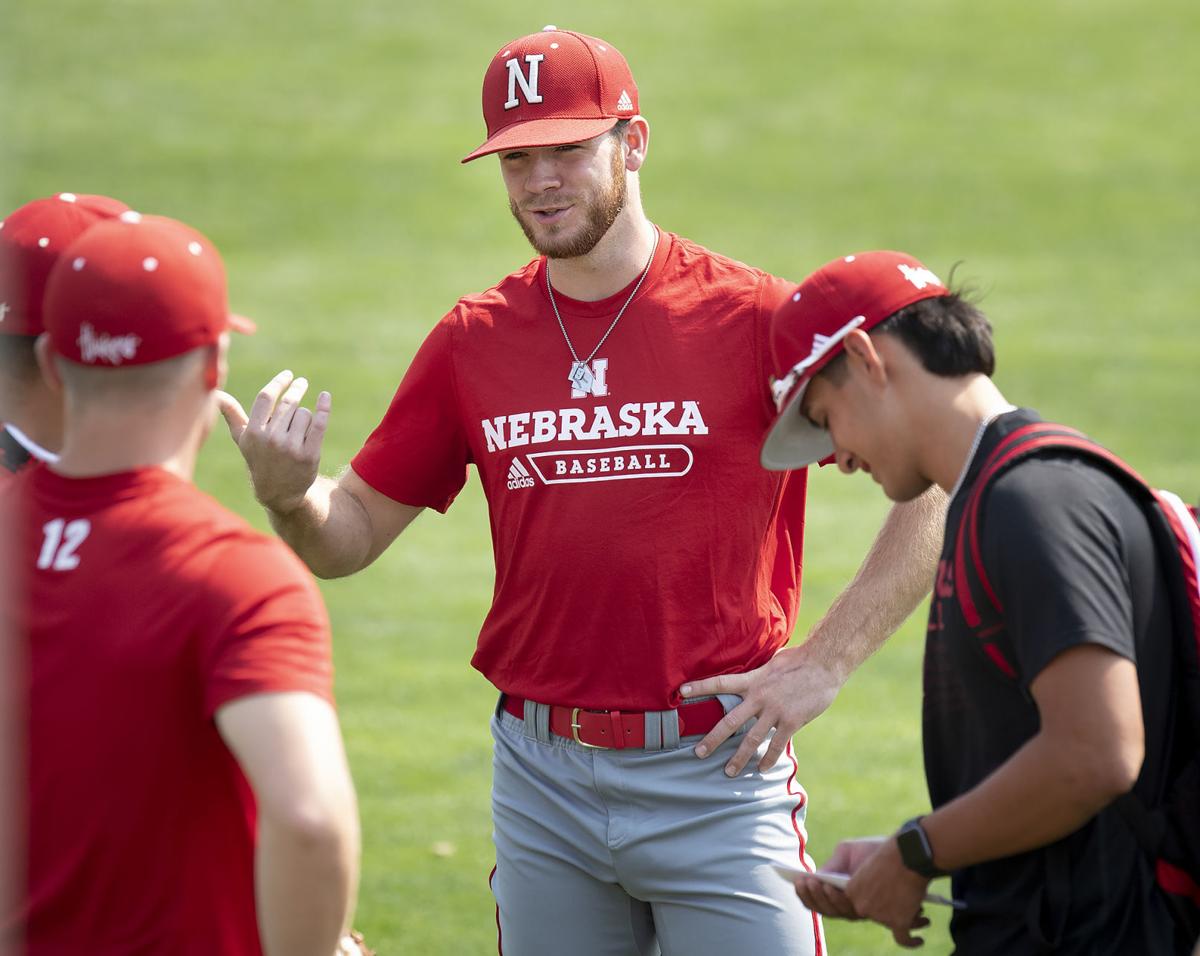 For the first time in 10 years, Mojo Hagge wasn't on the field as the Nebraska baseball opened fall baseball practice.

That was just Will Bolt cracking a joke Tuesday, but it also served to illustrate a larger point that the Huskers are indeed turning the page after a 2021 season that saw NU win a Big Ten title and advance to its first regional final since 2007.

The sun-splashed, windy day at Haymarket Park marked the program's first official on-field gathering since June's 6-2 loss to Arkansas in the Fayetteville Regional final. While several familiar faces return from that squad, team captains Hagge, Joe Acker, Spencer Schwellenbach and Jaxon Hallmark are gone, with the latter two moving on to professional baseball.

Nebraska knew in "the first week" of fall ball last season it would have a special team, in part because of those four, senior pitcher Kyle Perry said. And while the departure of those four, and others, certainly leaves a void, it's not a hole that will be impossible to fill, according to those returning.

"They did a great job of helping build this culture we have instilled in this program," Perry said Tuesday. "Yeah, it was tough to lose them, but I think everybody's on board with some of the things they came in and put into this program, and we're carrying that sort of legacy on for them.

Finding a voice: Nebraska brought in 18 new players in the offseason, meaning nearly half its 2022 roster will be made up of newcomers.

While fall ball is often a time for teams to figure out what they have, NU perhaps has a little more work ahead of it in that department than normal.

"That’ll be a big point of emphasis this fall. Really it’s such a staging process anyway; with batting averages, ERAs, those type of things are kind of secondary to how guys go about their business, and how they take care of the small things," NU coach Will Bolt said.

"So it’ll be big to see just how the personality presents itself with so many new faces again, and so many young guys that are trying to earn their keep a little bit."

Omaha the goal: No matter the makeup of the roster, Nebraska doesn't shy away from its stated goal of getting to the College World Series. That's simply the way NU does business, Perry said, from the coaching staff on down.

"Omaha gets talked about every day. Every day. Whether it's in the weight room where I've got to go write 'Omaha' on the whiteboard; or we're up here running at six in the morning and it's talked about (the) last leg of whatever conditioning we're doing, is that trip to Omaha."

That would seem to be heady talk for a program that hasn't made a super regional since 2005. But those inside the program don't view it that way.

"We don’t even see it as looking ahead. It’s just what we do every single day. And how we go about our business, like Omaha is the expectation," Perry said. "So it’s not looking ahead, really, it’s just going about your business every day in a way that’s going to get you to Omaha come summertime next year."

Injury report: One member of Nebraska's touted freshman class will be a limited participant at best this fall.

Chase Mason, the 6-foot-4, 215-pound slugger from South Dakota, was wearing a brace on his left leg Tuesday with Bolt saying he "had a little bit of a setback" over the summer.

Mason suffered a torn ACL early in his senior year of high school football before returning to run track in the spring and play baseball in the summer.

Listed as an outfielder on Nebraska's roster, Mason could return at the end of fall practice.

Perry, who made four appearances last season after undergoing Tommy John surgery in the summer of 2020, is also being brought along slowly, Bolt said.

Fall schedule set: The Nebraska baseball team will host a pair of exhibitions this fall at Haymarket Park.

Both exhibitions, in addition to the Red/White Series set for Oct. 11-13, are free and open to the public. The exhibitions are scheduled for 14 innings, while Red/White games will last seven innings. Gates will open one hour before first pitch for each contest.

Photos: Fresh off a Big Ten title, the Huskers return to the diamond for fall practice

Former Husker Jake Meyers is living his dream with the MLB's Houston Astros, a scorching season in the minors making it happen a little early.

Saltdogs Around the Bases: Angelo Altavilla is back at Haymarket Park, but in different threads

Altavilla played in all 56 games with the Huskers in 2019 and made the Big Ten all-tournament team.

Yes, Jake Meyers, that was your first major-league homer — and then a bigger blast

The Astros called up Meyers on July 30 after a torrid run in Triple-A.

Husker baseball gets commitment from 14-year-old, class of 2026 prospect

Opponents are testing the mettle of Huskers' DBs besides Cam Taylor-Britt. How are they holding up?

Braxton Clark entered for Cam Taylor-Britt and Fordham challenged him on the second play. The ball is going Quinton Newsome's way, too.

The scrimmage is scheduled for a noon start at Haymarket Park and will be open to the public.

Playing in the wood bat Scenic West Athletic Conference, Frahm hit .360 last season with nearly half of his 40 hits going for extra bases.

Koty Frank threw five shutout innings and struck out seven to lead his Red team to a 4-1 win over the White squad.