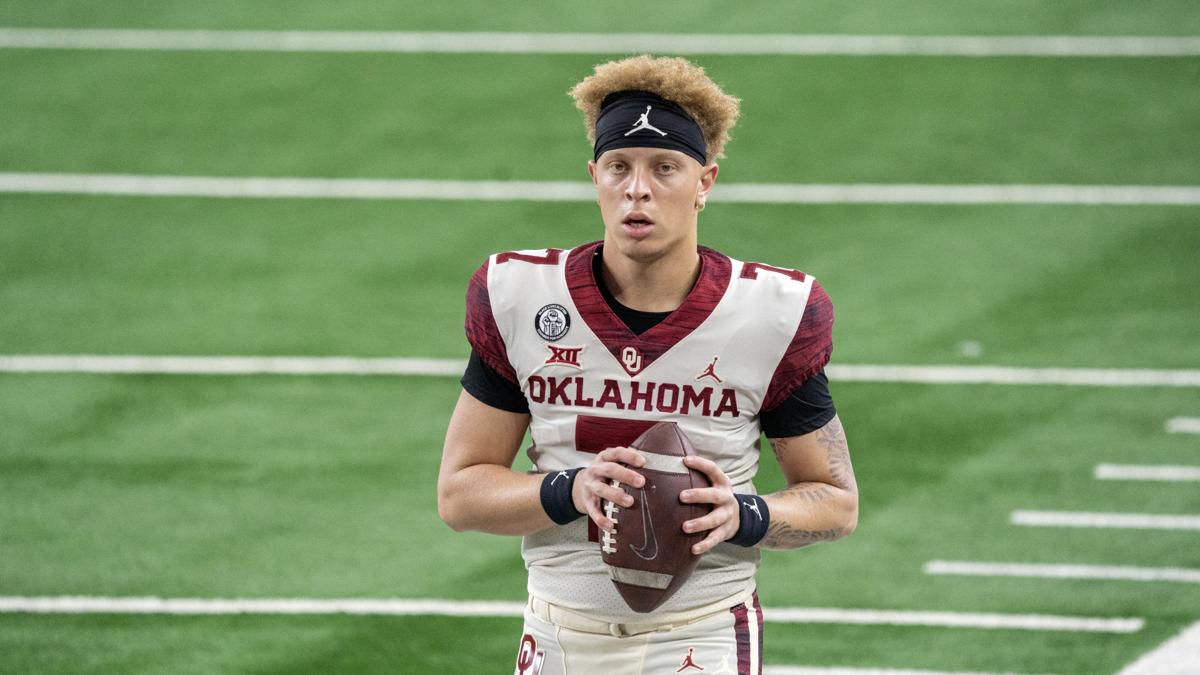 Oklahoma quarterback Spencer Rattler warms up before the Big 12 Championship Game against Iowa State in December. 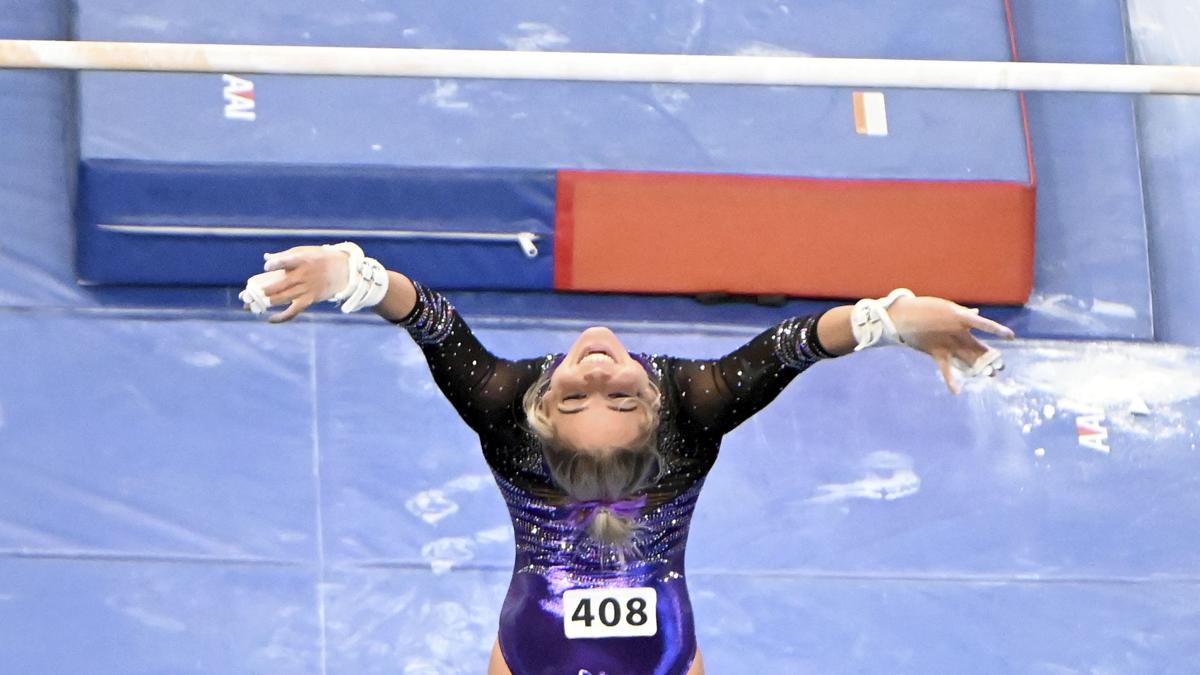 LSU's Olivia Dunne competes on the uneven bars during the NCAA Women's Gymnastics Championships in April.

We are officially in the Name, Image and Likeness bubble, and if there is anything we have learned a few days in, it's the opportunities for college athletes to earn some dough are endless.

Nebraska star volleyball player Lexi Sun has her own clothing line. Football players are on an app called Yoke Gaming where the average Joe can challenge them in video games for a small price, of course. Phone deals. Promoting Runza ...

And on and on.

Here's a look at some notable and unusual NIL endorsement deals:

* Oklahoma star quarterback Spencer Rattler will be among the Heisman Trophy favorites this fall. Now he's the face of your favorite dipping sauce. Rattler announced that his partnering with fast food chain Raising Cane's, which is known for its chicken fingers and the sauce that comes with them.

* Olivia Dunne is more than a gymnast at LSU. With more than 1 million followers on both Instagram and TikTok, she's also a social media sensation. According to the Action Network, Dunne could be in line to make more than $1 million.

* The richest-known deal comes from incoming Tennessee State basketball player Hercy Miller, who is the son of rapper Master P.

According to TMZ Sports, Miller will make $2 million on a deal with Web Apps America.

* On the first day of NIL, Iowa basketball player Jordan Bohannon partnered with Boomin Iowa fireworks, and was at the stand Thursday to sign autographs (for a fee) and raffle off a pair of shoes.

The sisters have a huge following on Instagram and TikTok.

* Want to purchase an autograph from your favorite college football players? Prices for meet and greets and autographs at Dreamfield are $500 for Indiana quarterback Michael Penix, $2,000 for Florida State quarterback McKenzie Milton and $2,000 for Miami quarterback D'Eriq King.

* Want to book Ole Miss quarterback Matt Corral for your next company outing or speaking engagement? It will cost you $10,000.

LSU cornerback Derek Stingley, who is projected as a first-round NFL Draft pick for 2022, announced a deal with Walk-Ons, a popular chain of sports bars in Louisiana. Teammate and quarterback Myles Brennan has partnered with Smoothie King and Small Sliders.

* Marshall offensive lineman Will Ulmer said he plans to book live music gigs this summer after previously being told that he wasn't allowed to promote any of his shows.

* Ohio State football player Dawand Jones, who is nicknamed "The Mountain," (he stands at 6-foot-8 and 360 pounds) is promoting Mountain Berry candles on GoPuff.

* Posing for a photo with his Husky, Blue, Arkansas wide receiver Trey Knox inked a deal with PetSmart.

For the first time, college athletes are going to be able to profit off of their own name, image and likeness. Nebraska has been planning for it.

On eve of Name, Image and Likeness, Runza says it will offer Nebraska athletes endorsement deals

The Nebraska food chain is offering deals to the first 100 current athletes who opt in and promote the restaurant's rewards app on social media.

Oliver Martin didn’t even find out he was eligible to play until the middle of NU’s shortened season. He still managed to start four games and, even with a modest five catches down the stretch, make a favorable mark in 2020.

Oklahoma quarterback Spencer Rattler warms up before the Big 12 Championship Game against Iowa State in December.

LSU's Olivia Dunne competes on the uneven bars during the NCAA Women's Gymnastics Championships in April.