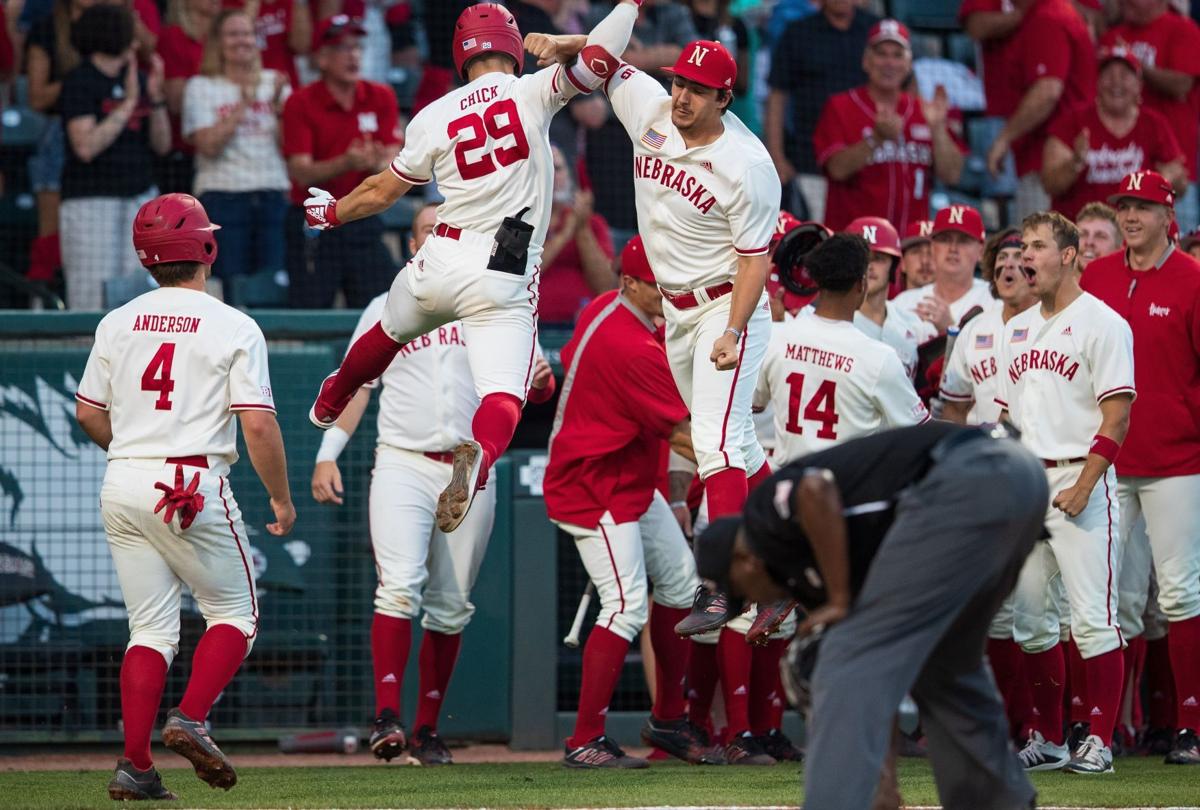 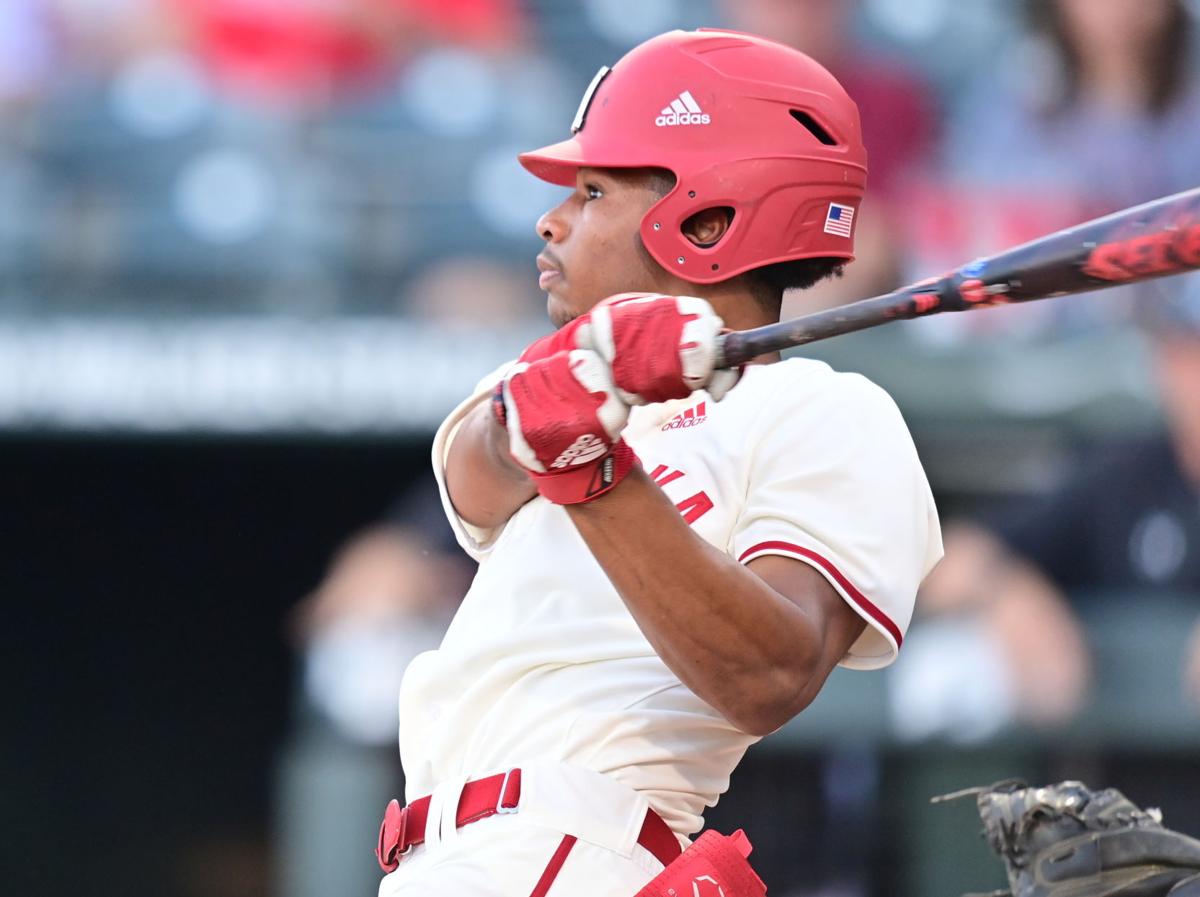 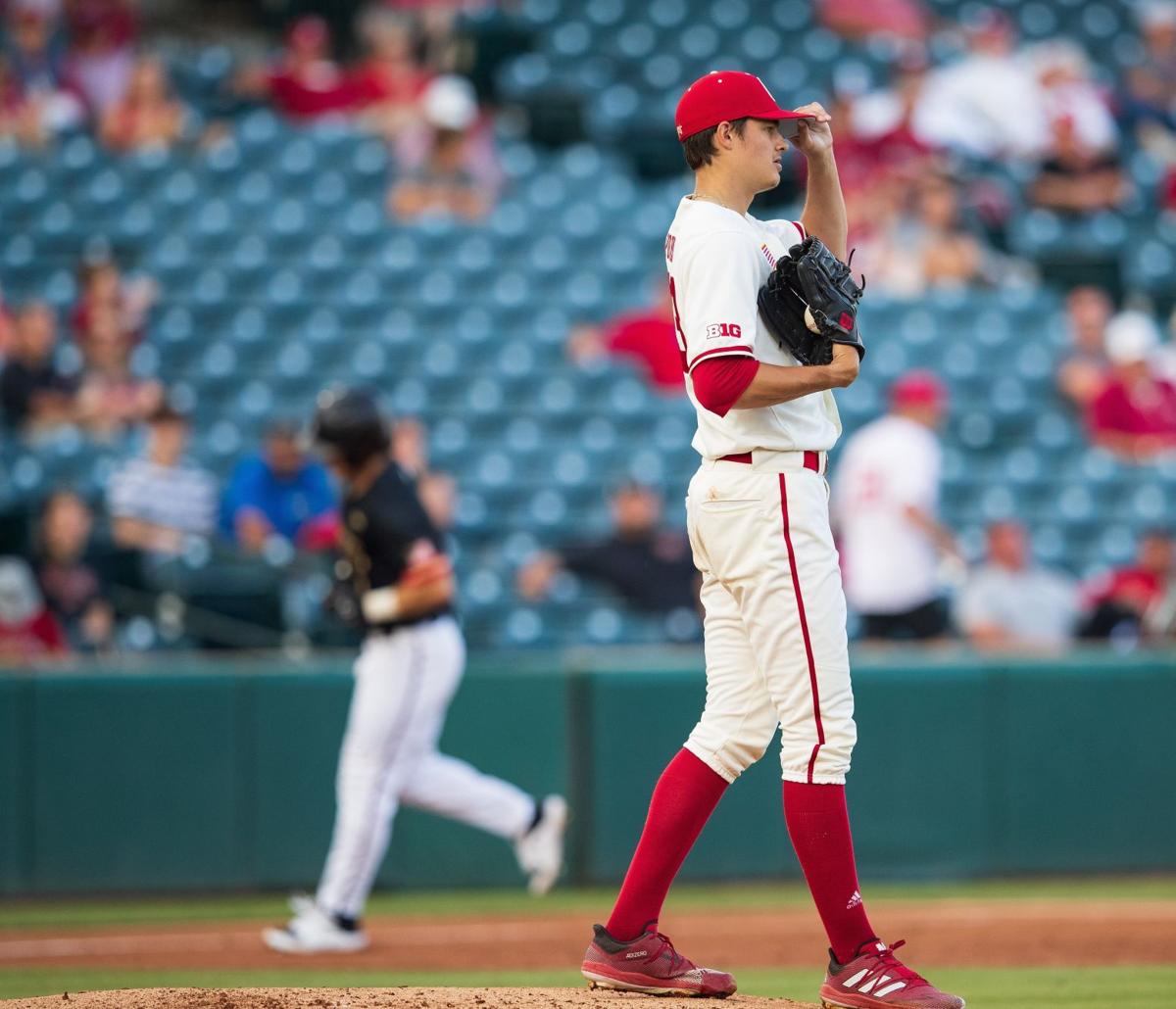 FAYETTEVILLE, Ark. — Many of the players on this version of the Nebraska baseball team probably don't know about the Huskers' ghosts in the postseason, and most of them probably don't care.

But there they were Friday night at the Fayetteville Regional, those losses to Yale and Holy Cross, to Western Carolina and Oral Roberts, to Manhattan and San Francisco in previous NCAA Tournaments that have largely defined the Huskers' 15-plus years of futility on the game's biggest stage.

Northeastern was squaring up ace left-hander Cade Povich, barreling up three extra-base knocks in its first five hits and knocking the Nebraska starter out of the game with one out in the fourth inning. The Huskies led 4-0 after three innings, and a Nebraska team that has spent the entire season playing loose was starting to look awfully tight in the first base dugout at Baum Stadium.

But Cam Chick's first home run in two months and Koty Frank's near-perfect relief outing delivered Nebraska a taut, tense 8-6 victory over the Huskies in front of 2,237 vocal fans that included a large chunk of curious Arkansas supporters, and set up a Saturday night game against the No. 1 overall seed Razorbacks.

"There's always turning points in games. (Cam) took two close pitches and got in an advantage count and didn't miss," NU coach Will Bolt said. "That was a huge swing right there, not only for him, but just to let our team settle in right there and get in the fight."

That game is scheduled for 8 p.m., and it may take that long for Nebraska's collective heart rate to come down after the Colonial Athletic Association champions pushed the Huskers (32-12) to the limit.

It wasn't over until Spencer Schwellenbach coaxed Ben Malgeri into a comebacker to end the game after Northeastern (36-11) put the tying run on first base.

Nebraska probably got a glimpse of how the night would go from watching the Razorbacks, who trailed NJIT 3-0 before rallying for a 13-8 win earlier in the day.

In the postseason, though, it's all about winning. And that's what the Huskers did.

Frank steadied things, retiring the first 11 batters he faced after coming on in relief of Povich. His outing started when he retired Jeff Costellon and Max Viera — Northeastern's leadoff and No. 2 hitters — on just two pitches with Huskies already standing on first and second and Northeastern leading 4-0. Frank only left after walking a pair of batters to start the eighth inning.

"I thought he was probably the player of the game," Northeastern coach Mike Glavine said of Frank. "Everything was moving, he changed speeds, he hit his spots, he had us off balance, he worked fast, he was fast between innings.

"He did everything to change the momentum."

NU came into Friday's game 5-14 in the NCAA Tournament since 2005, the year of its last College World Series appearance.

Win number six came in a quality game against a quality opponent. And now Nebraska has its chance to make a national splash.

"These are the moments you live for, being able to play the best," Chick said. "So we're looking forward to it. Give it our best shot, play our brand of baseball, and hopefully everything will take care of itself.

Chance Hroch will get the start for Nebraska in that game as Nebraska tries to put itself in the driver's seat. The winner of Saturday night's game will have to win just once more to take the regional title.

"This is one of the best environments in college baseball. Arkansas' got a really good team, they play at an extremely high level, especially in this venue," Bolt said. "So we're going to have our hands full tomorrow night. It's going to be a great environment." 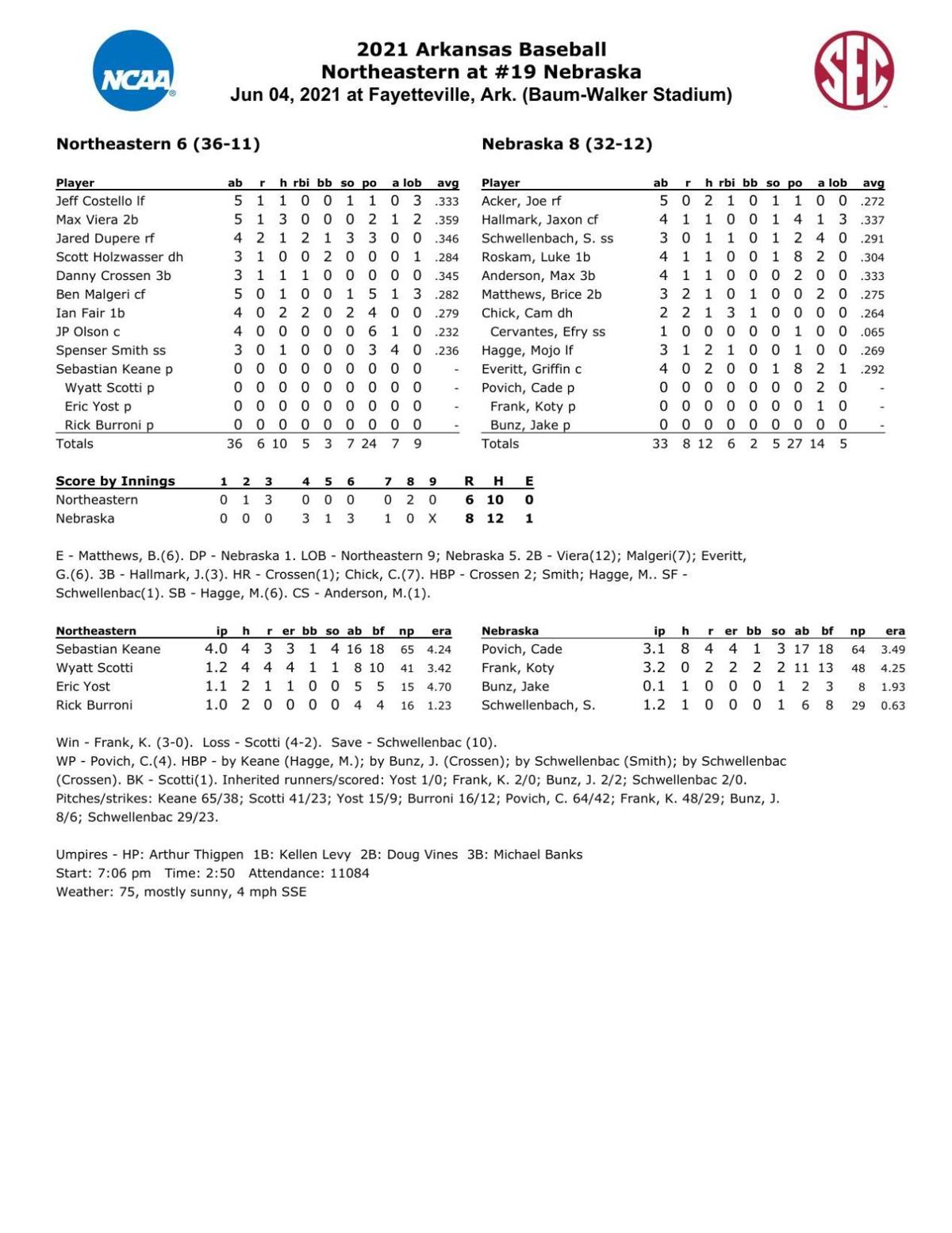 Photos: Nebraska rallies past Northeastern to set up regional showdown with Arkansas

Will the Houston Texans be the worst team in the NFL at the end of the season?

Scoring eight runs in the fourth inning and six more in the fifth, the Cornhuskers blasted NJIT 18-4 in a Sunday afternoon elimination game.