OMAHA — After a hard-fought victory, Gavin Zoucha retreated to the lower concourse of the CHI Health Center Omaha on Thursday where eight TV monitors were stationed.

The Malcolm sophomore took a seat on the concrete to watch the action at Mat 7, which is where his future semifinal opponent was wrestling. A few moments later, Gavin's attention takes a different turn.

His brother Dylan is competing on another TV screen.

Dylan, a 170-pound senior, went toe-to-toe with David City's Dylan Vodicka before Vodicka pulled away, sending Dylan to the consolation round.

"I want the best for him and I know he deserves this because he's been working real hard his whole life," said Gavin, who about 10 minutes earlier advanced to Friday's 152-pound state wrestling semifinals in Class C. "To see him come up just shy of it, it kind of takes a beating on me a little bit."

The Zoucha brothers will not be able to share the semifinal stage, but that won't take away from how special a weekend it is for the Zoucha family. There are four boys in the family, and they love wrestling.

Ryan, the oldest brother, graduated last year and was a three-time state medalist. Zane just completed his freshman season with the Clippers and nearly missed reaching state at 113 pounds.

"We think about this the whole year," Dylan said. "The second that state was over last year we were already talking about state this year.

"It definitely is a special weekend."

Just getting to state was a special moment for Gavin, who didn't qualify as a freshman.

"I had that little bit of bite inside me that was like, 'Oh, I should be here,'" Gavin said in recalling watching last year's tournament from the crowd. "Cutting weight and just being inexperienced with high school wrestling kind of just got the best of me."

Gavin has blossomed into one of the state's top 152-pounders. He's ranked No. 2 in his weight class behind Sutton's Joseph Hinrichs, who is on the opposite side of the state bracket. Helping Gavin get that edge was Dylan. They wrestle each other in practice.

Dylan is credited with getting the wrestling juices going in the Zoucha household. They didn't know anything about wrestling. Instead they wanted to be basketball players. But Dylan, then in the second grade, saw a wrestling singlet hanging up at a friend's house, went home and told his mom about it.

"Within a couple weeks we were enrolled on a wrestling team," Dylan said.

Dylan's work at state is not done. He'll try to work his way back through the consolation bracket to earn a top-six medal.

Gavin, meanwhile, has his sights set on a gold medal.

So, could that cause trouble in the house, if one Zoucha has bragging rights?

Dylan said mom has already talked about it. If one brother came home with a state title and the other didn't, she didn't want any face-rubbing.

"We're like, 'No, it's definitely going to happen, we're going to rub it in each other's face,'" Dylan said with a big smile. "I hope he's able to run it in my face, and be proud of him."

Raymond Central's impressive opening day was highlighted by Mitch Albrecht, who pinned both of his opponents to advance to the semifinals.

Evan Canoyer likes to stifle his opponents: “I just want them to go off the mat frustrated." Mission accomplished Thursday.

Let's take it to the mat. CHI Health Center Omaha will be buzzing with opportunity Thursday. We break down the state individual meet.

State wrestling: Behind a 'holistic' approach to the sport, East's Mayfield seeks a finish to savor

Maxx Mayfield is looking "enjoy every moment" of his final state tournament, where his quest to a 3-peat begins Thursday afternoon.

State wrestling: Beatrice's Drew Arnold has a new plan of attack this year

Class A wrestling: In one year, Lincoln East's Smith leaps from JV to No. 1-ranked in state

Last season, Keith Smith watched the state tournament from the stands as a member of the JV team. This year? He's making a run at the top spot.

State wrestling area tracker: A look at where area competitors placed in the tournament

A look at how area wrestlers placed at the state tournament in Omaha.

Class A wrestling: Third time is charm for Zegers, edging Connor in final minute of quarterfinal

Many of the teams and wrestlers Centennial has faced prior to districts and state were Class C, B and A opponents.

One of the most exciting days on the high school calendar has arrived. Check in for live updates as wrestlers seek trips to the medal round. 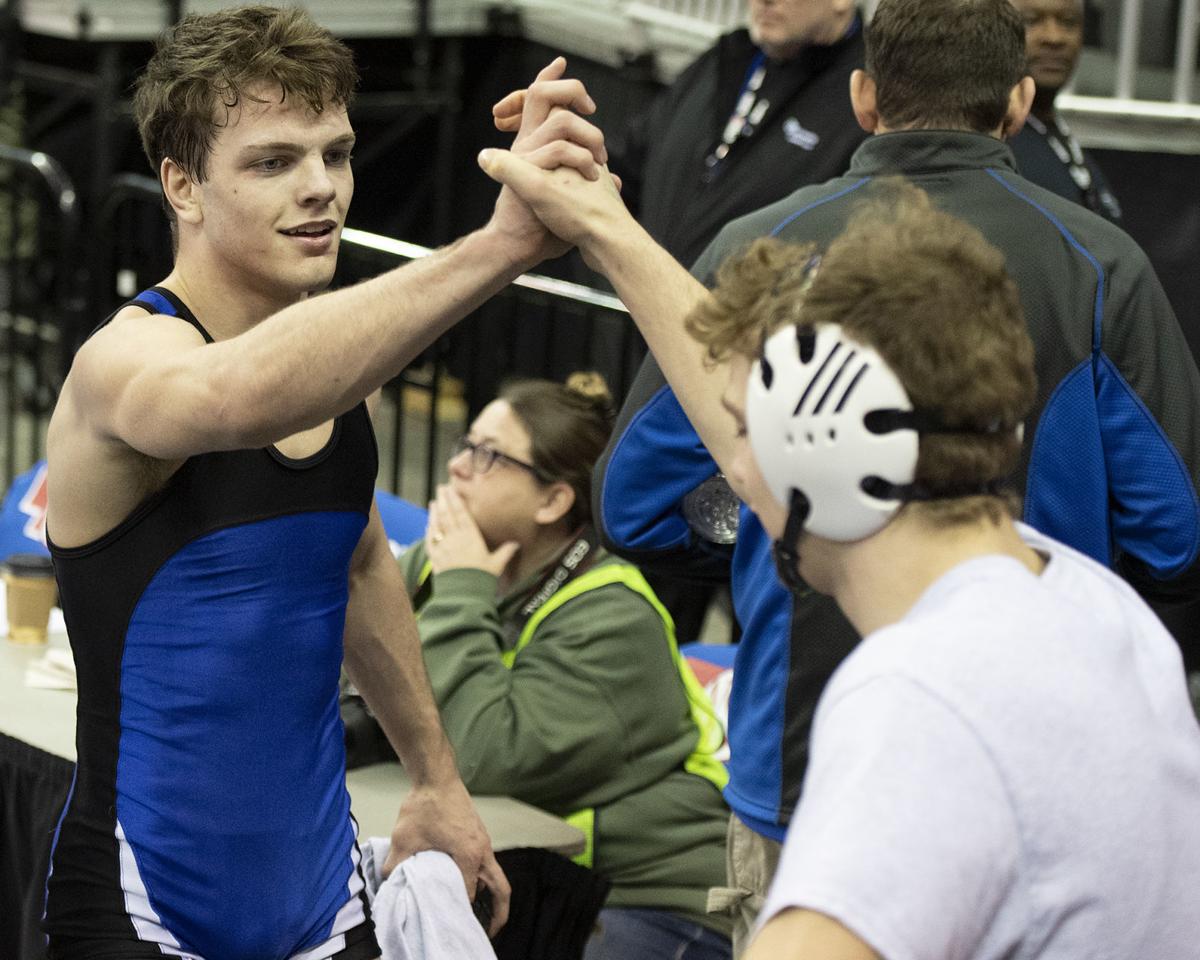 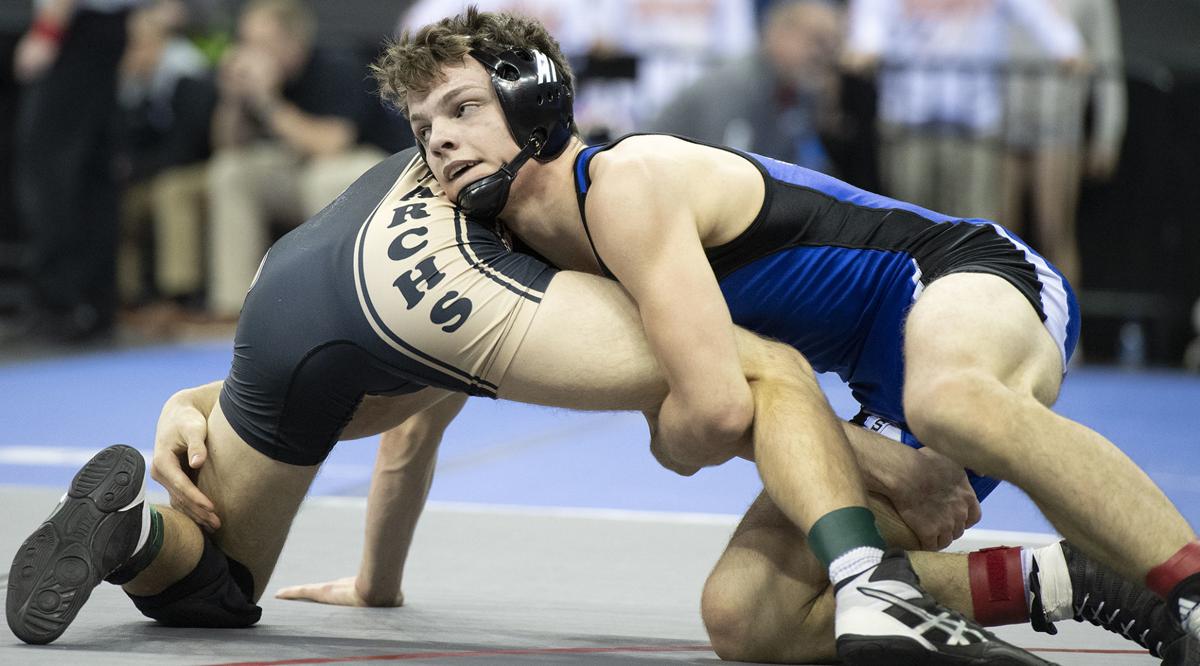