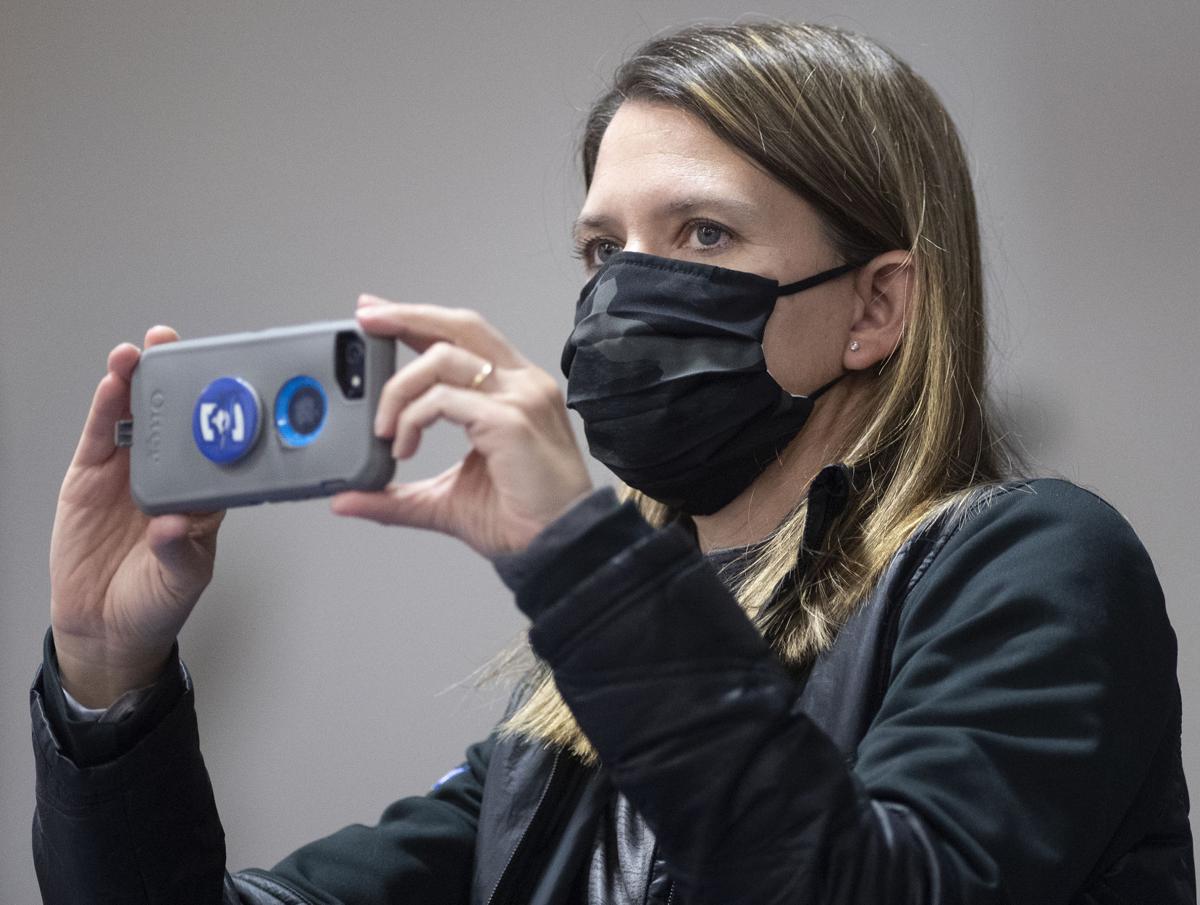 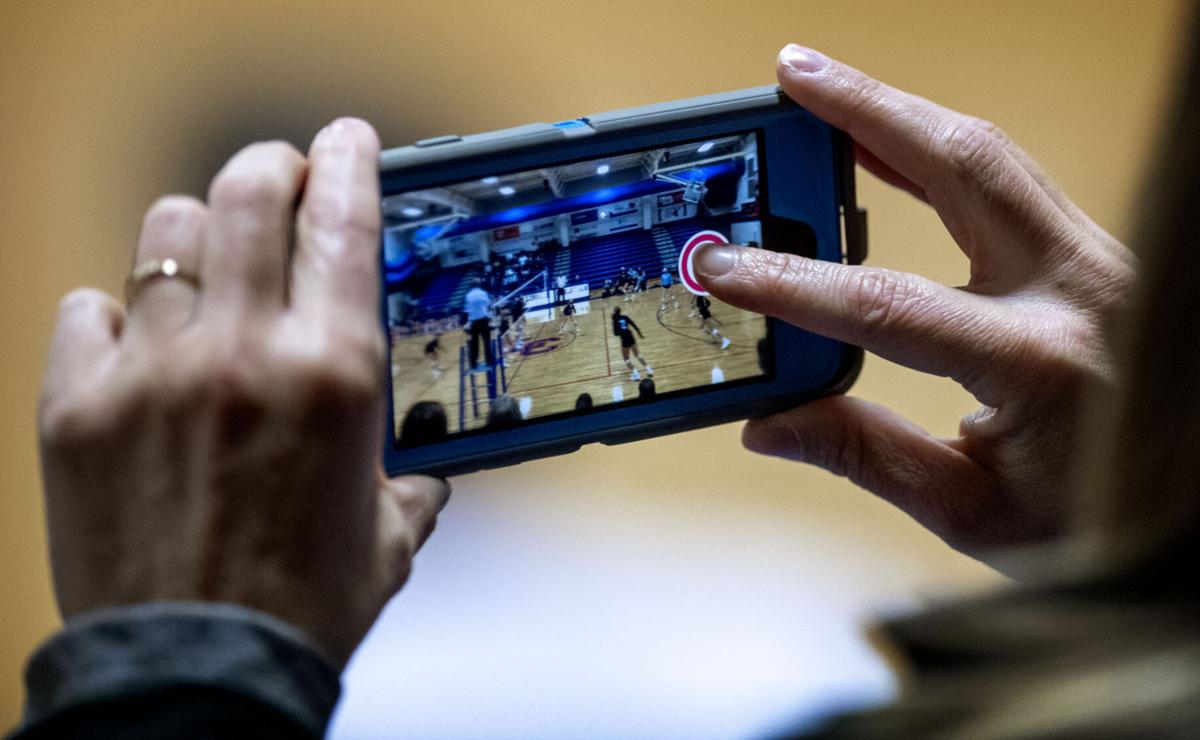 During a parent meeting before the high school volleyball season began, the Elkhorn North coaches were looking for help running the team’s Twitter account during matches so those not able to attend could follow along.

“And I thought, ‘Well, I can do this.’ That is one thing I know how to do,” Kirsten Bernthal Booth said.

And just like that, the team had one of the more qualified gameday social media content producers (our title, not hers) around.

Bernthal Booth is the Creighton head volleyball coach who turned the Bluejays into a top-25 program. She’s coached in the NCAA Tournament Elite Eight, but this fall she’s keeping the volleyball team’s 397 followers on Twitter informed on matches against Blair, Gretna and Elmwood-Murdock.

Bernthal Booth would have preferred a global pandemic hadn’t caused the season to be postponed until the spring, but she has enjoyed being able to watch more of her daughter’s first season of high school volleyball than she would have otherwise. Reese Booth, the oldest of Erik and Kirsten’s three daughters, is the starting setter for Elkhorn North.

“It has definitely been the silver lining in a tough situation,” Bernthal Booth said.

The first-year program and its all-underclassman roster had a tough start to the season with a 3-9 record but improved enough to qualify for the Class B district final round. Elkhorn North (13-17) will play Waverly on Saturday.

Bernthal Booth has been the person updating the Twitter account for most of the matches. It’s been a way for her to help, and also forced her to keep her emotions in check because you can hear any outbursts on the videos she posts.

She takes short videos on her cellphone and posts some of the good plays. The posts show her expertise. She’s posted videos of an Elkhorn North player “pasting the line” and a “4 to 4” shot, in reference to the zones on a hard-angle shot by the outside hitter.

Bernthal Booth has been able to attend all but a few of the 30 matches. If Creighton had played this fall she would have missed about half of the matches, including several on the weekend when the Jays were on the road.

If not for the current NCAA recruiting restrictions due to the pandemic, Bernthal Booth would have been on the road Tuesday, instead of attending Reese’s first postseason match.

“I said to my husband, ‘I would have been in Kansas City.’ I would have gone to that match,” Bernthal Booth said. “Things like that you say, ‘OK, this is nice.'”

“I’m just always impressed with the caliber of play and the caliber of coaching,” she said. “I think we take for granted in this state how much knowledge our high school coaches and club coaches have, and that they understand nuances and they’re looking at matchups and looking at different serve-receive rotations. I think it’s just been fun to see what great coaches we have.”

Due to the recruiting restrictions Bernthal Booth could only attend the matches Reese played in, so during tournaments, she’d have to leave for a while.

This fall she also got to coach her youngest daughter’s team of third- and fourth-graders. After the college season got postponed, the club director asked Bernthal Booth if she wanted to coach, and that sounded great to her. She coached with Meghan Smith, a former Husker who also has a daughter on the team.

Bernthal Booth also coached Reese on YMCA and club teams until she was 10 years old.

Amy Williams and Bernthal Booth talk about some of the pressure that comes for the families with the girls playing a sport their mom coaches.

“It’s been fun to make that connection, and hopefully Amy and I can provide support to each other as we navigate this stuff,” Bernthal Booth said.

Earlier this month when the news came out that Darin Erstad had resigned as Nebraska baseball coach, Husker volleyball coach John Cook was shocked.

Here's a look at Saturday's finals ahead of next week's state tournament.

Elkhorn North's Britt Prince and Omaha Central's Inia Jones both share a similar recruiting trajectory without having played in high school yet.

Omaha Skutt has dominated with five straight titles since Norris won back-to-back trophies in 2013 and 2014. The Titans want their spot back.

The Bluejays are the second-smallest school in Class B based on enrollment. But they will be playing among the largest and best teams next week.

The score got closer each time in Waverly's three matches against Elkhorn North, but it was the Vikings victorious again.

Entering a state-qualifying match, the theme for the Warriors was to "finish" it off. That mantra was put to the test by a scrappy opponent.

Final Four for volleyball staying in Omaha for this season

The NCAA Tournament field will be reduced from 64 teams to 48, with 32 automatic qualifiers and 16 at-large selections.

The Heidemanns live just outside of Harbine, a small village on U.S. 136. But that village can claim a couple of nationally ranked volleyball recruits.

A closer look at how the Titans use their well-balanced offensive attack, which shined in a Class B first-round triumph.