The country's premier high school volleyball all-star match will feature one of this state's top players.

Superior senior and Nebraska recruit Kalynn Meyer was selected to play in the Under Armour All-America showcase on Dec. 31 in Orlando, Florida.

The match typically takes place on the same weekend and at the same site as the NCAA Final Four. But this year, it will coincide with the Under Armour All-America Football Game.

Meyer was one of 24 players selected to compete in the match.

The 6-foot-3 Meyer is among the state leaders in kills (574). She also has 68 blocks. Meyer had a season-high 26 kills against Minden in October.

The two-time Journal Star girls athlete of the year and two-time first-team Super-State volleyball player will lead Superior into the Class C-2 state tournament, which begins Thursday in Lincoln.

Superior, ranked No. 1 Class C-2, will open against Wisner-Pilger at 5:30 p.m. at Lincoln Southwest High School.

Others who have played in the All-America showcase as future Huskers were Madi Kubik, Riley Zuhn and Kenzie Knuckles in 2018, Capri Davis and Nicklin Hames in 2017, and Jazz Sweet in 2016.

Meyer is the first native Nebraskan to compete in the event since Amber and Kadie Rolfzen, both of Papillion-La Vista South, in 2012.

State volleyball: Behind Meyer sisters, Superior hopes championship mojo from 2017 can translate to this year

The Superior Wildcats are ready to have some fun.

State volleyball: For Bishop Neumann, the class setting is new, but the state setting is not

Bishop Neumann approached the start of volleyball season like any other team.

State volleyball: Defending state champ BDS hopes a season of mini-rewards adds up to one big reward in Lincoln

Kari Jo Alfs made a promise to her team earlier in the season.

State volleyball: Waverly's Evans serving on and off the volleyball court

After a long day of homework, classes and practice, most high school students would want to simply go home and relax. Waverly senior Annika Ev…

A look at state volleyball pairings.

Naturally, the goal is to improve upon the previous season.

With 48 teams from across the state converging upon Lincoln this week, many high school players aren’t just looking forward to their own matches.

The state high school volleyball tournament is here. You ready? If not, we've got you covered with live scores, team ratings and updated brack…

Class D-2 No. 3 Wynot survived a scare to pick up its 25th win of the season, rallying past Falls City Sacred Heart in five sets in the first … 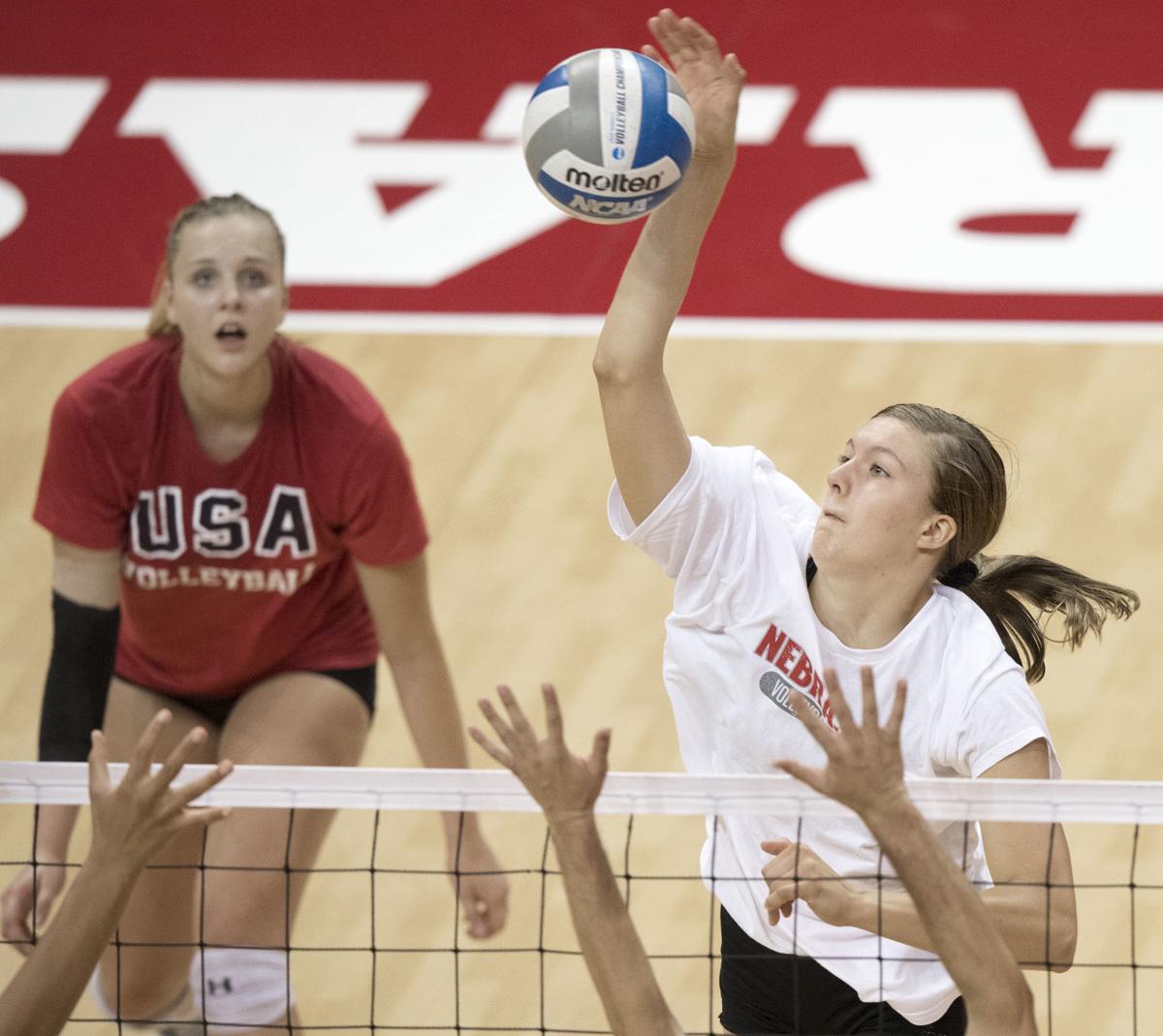 Superior's Kalynn Meyer hits a shot as Riley Zuhn looks on during the final day of a three-day Nebraska volleyball camp in 2018 at the Devaney Sports Center. 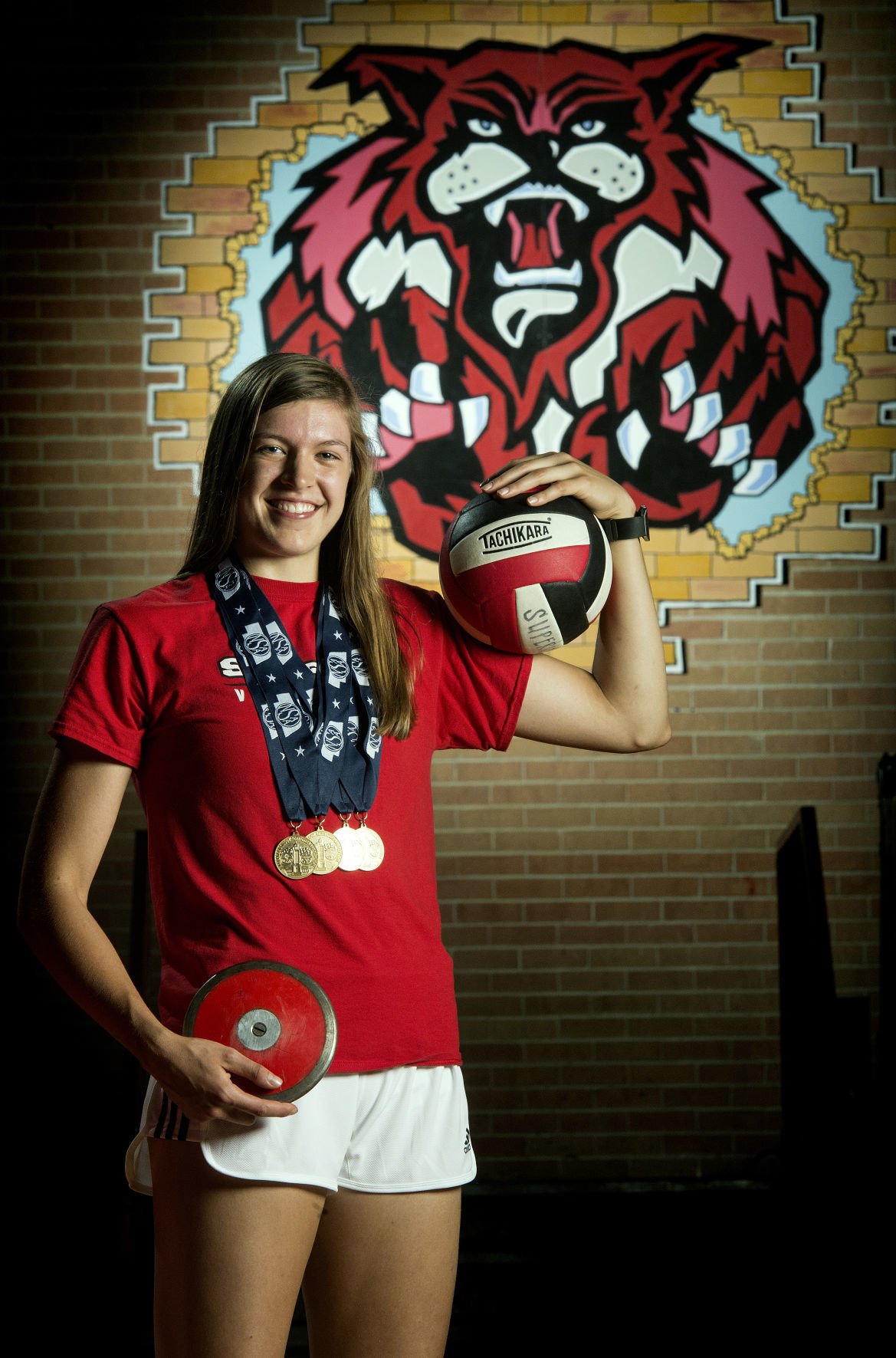