It will be the fourth time in the past five years Lutheran appears in a state final, which includes titles in 2019 and 2021.

So, while a lot of this week feels familiar, Lutheran coach Sue Ziegler said there is something different about her 39-0 Lutheran team this season.

“It’s never the same,” she said. “This (team) is very special because of their relationships. They bond together so well. They love each other on and off the court.”

The latest chatter from the state high school volleyball tournament

Friday’s win was stress-free, as Lutheran has rarely been pushed by C-2 competition this season.

Oakland-Craig didn't have an answer for the Warriors’ offense, which was led by 19 kills from Abby Wachal and 13 from Sophie Wohlgemuth.

Wohlgemuth has played two of her best matches all season in the tournament — Friday's game came on the heels of a 10-kill performance in the first round.

“I’m not really thinking about the stage,” Wohlgemuth said. “I’m just playing like I know I can play, and my team has been behind me putting up balls like they have all season. It’s been a really good team effort.”

Ziegler said it is the consistency that the entire Lutheran has played with all season that stands out to her.

“The girls amaze me with how consistent they can be with playing all facets of the game,” Ziegler said. “Abby and Sophie were on fire on their attacks. Our middles stepped up with their blocks in two and three. It reminded me a lot of the first time we played Oakland-Craig.”

The Warriors had a quick turnaround from their win over Bayard on Thursday. A light Friday morning practice included a look at the film from a previous victory against the Knights this season.

“We watched some film from the last time we played them and some of their other state games and we were really prepared,” Wohlgemuth said. “We knew what we had to do in our assignments. I think we really executed that and that’s why we won.”

Scores and schedules from the state volleyball tournament

“It never gets old,” Ziegler said. “It’s a new experience for some of these girls, and I told them that they will take these with them forever and to relish this opportunity and to use their talents out on the floor and enjoy the process.”

The Warriors’ mission all season has been to win a second title in a row. And Wohlgemuth certainly feels confident they can complete that goal and cap off a 40-0 season.

Five in a row

Archbishop Bergan will be heading back to a familiar destination — the state volleyball tournament championship match.

This will be the fifth straight year that Bergan will play for the title. The Knights won it in 2018 and have been the Class D-1 runners-up for the past three years.

"It's a credit to our players," coach Sue Wewel said. "I'm so proud of our girls for getting back to the championship match, because that isn't easy."

Gothenburg rallied from a two-set deficit Friday to post the victory over North Bend in a Class C-1 semifinal of the state volleyball tournament.

Class A volleyball: First set gets away from Lincoln Southwest, setting stage for Westside sweep

While the Silver Hawks didn't reach their ultimate goal of a state championship, coach Jessica Baker says, "I know they're going to be hungry next year." 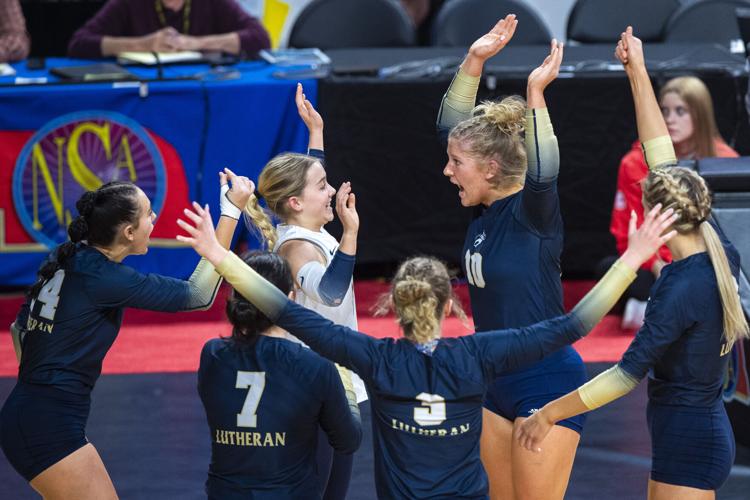 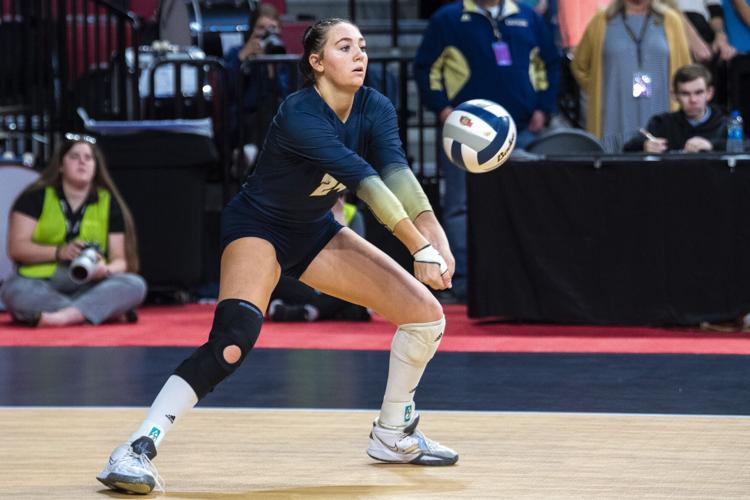