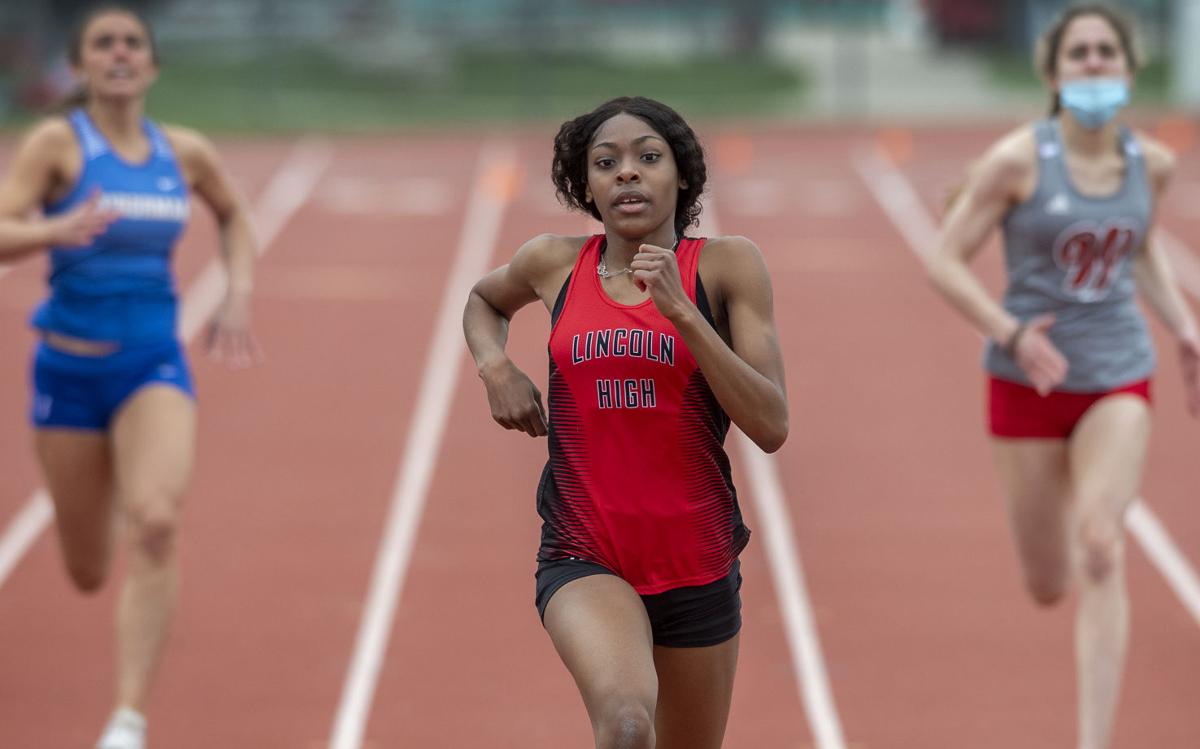 Lincoln High's Dajaz DeFrand (center) runs to a win in her heat in the girls 200-meter dash Thursday at the Harold Scott Invitational at Beechner Athletic Complex. 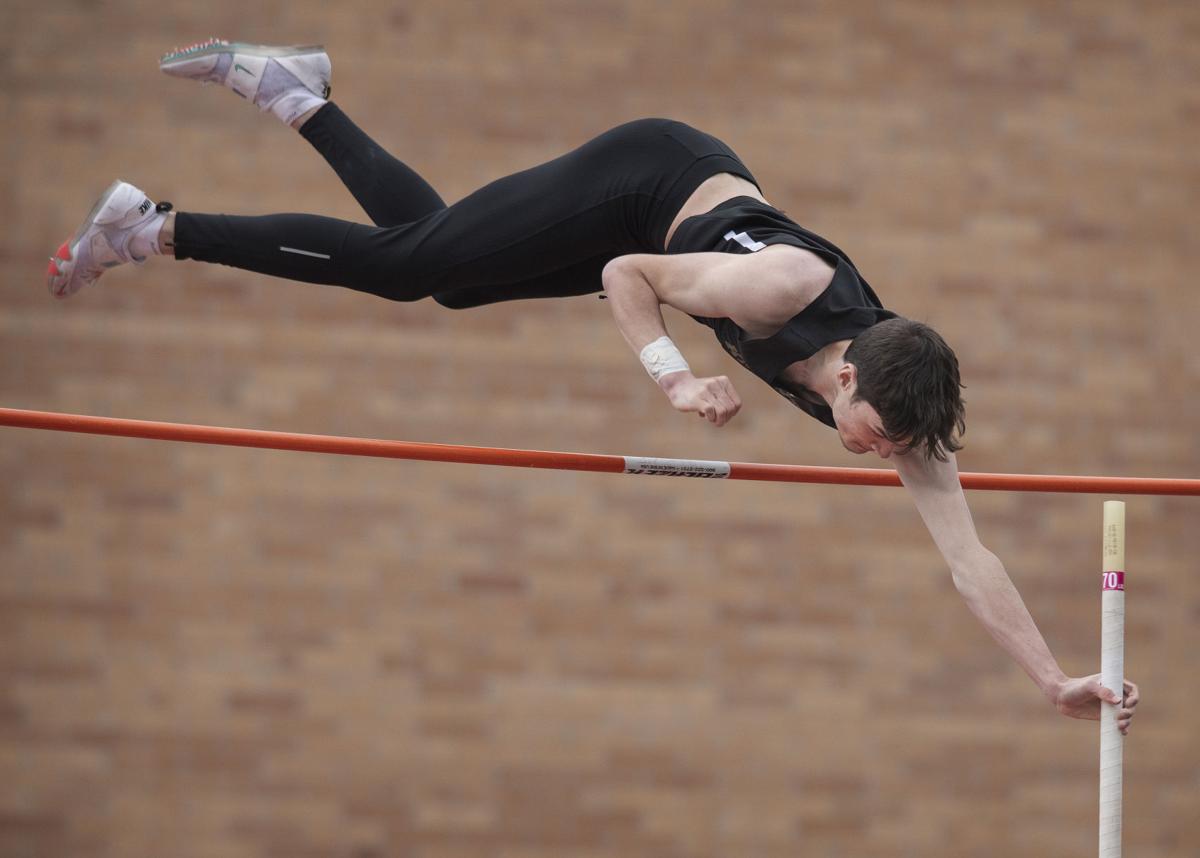 Dajaz DeFrand passed on running the girls 100-meter dash to save all of her energy for the 200 at the Harold Scott Invitational track and field meet Thursday at Beechner Athletic Complex.

It turned out to be a good strategy that would’ve worked out even better in warmer weather.

The Lincoln High junior moved into fourth on the state’s all-time 200 charts with the third-fastest electronic time in state history — a meet record of 24.36 seconds in the cloudy, cool and breezy conditions.

“It felt good, but it was really hard to warm up,” said DeFrand, beating her previous best this season of :24.52.

"This is the coldest meet yet," added DeFrand, who owns the fastest electronic time in state history in the girls 100 with the :11.67 she ran earlier this season. "I was able to beat my PR and improve, so I’m happy with it."

A number of other meet records fell in the 13-team meet, including the girls pole vault mark which is now 11 feet, 9 inches, by state leader and Lincoln Pius X senior Anna Vedral, who started the event less than four months ago.

Vedral had to balance the end of the pole vault competition with the 100 high hurdles preliminaries.

"I had just cleared 11-9 when I had to go over, switch out my pole vault shoes to track cleats and jump in the race without warming up," said Vedral, who ended up later winning the 100 hurdle finals in :15.69. "I’m still learning how to balance the pole vault with the hurdles, but it worked out today."

But Thursday was her first time on 14-foot poles, "and a lot of my steps were all messed up," Vedral said. "Just like everything else with the pole vault, it will take some time to get my steps and timing down with a bigger pole."

Lincoln Southeast’s Brady Koolen broke the boys pole vault record by going 15-5. Koolen, who leads the state with the 16-0 he recorded Tuesday at the Nebraska Track & Field Festival, went for the Class A state record by going to 16-5 with his next attempts.

On his final two jumps, Koolen was over the bar, only to knock it off with his chest on the way down.

An increase to 75% capacity highlights the changes, but that's not the only update.

With her biggest tests coming up, Southwest's Dilsaver finds a new gear at track festival

Between returning state champions and performers at the top of the current season state track charts, the girls portion of Tuesday’s Nebraska …

A look at highlights from Thursday's high school sports action.

For the second time in four days, the York junior recorded a class-best time, as her 800-meter mark (19.28 seconds) highlights the Yowell Classic.

Here's a look at the latest state leaders heading into the final week of April.

Here's a look at the latest state leaders heading into the final week of April.

Lincoln High's Dajaz DeFrand (center) runs to a win in her heat in the girls 200-meter dash Thursday at the Harold Scott Invitational at Beechner Athletic Complex.