Live updates: It's Week 6 of the high school football season. Follow all of the action with us

Bob White’s decision to delay his retirement a year ended up being a good one.

State track: With all eyes on DeFrand, the Lincoln High sprinter dazzles in her first state appearance

State track notes: It was well worth the wait for Arlington's Gubbels; Lauenstein turns focus to Huskers

A much better way to conclude than having the three letters DNS no track athlete wants to see next to their name in the results — Did Not Start.

Since the canceled 2020 season because of COVID-19 was the scheduled exit, White decided to get back in the blocks and make another run at it in 2021.

“The teaching and coaching career has been great, but I also wanted to have something positive my last season to remember the kids with,” White said in April. “Last year, it was two positive weeks and then COVID ended it. That wasn’t the way I wanted to finish.”

Now White has had three straight seasons of positive finishes. In 2018, the Links boys team gave White his first Class A team championship. Two years ago, it was state champion Darius Luff breaking the state record in the boys 110 high hurdles and a second place finish in the team race that made White want to come back for more.

One could hardly blame White if he had a change of heart and decided to coach DeFrand and the rest of Lincoln High’s young, talented sprinters in 2022. In fact, Omaha Burke Stadium might be a good place to be around state meet time next year, looking to this year’s results.

DeFrand is one of five juniors who will be returning next season as members of the Nebraska all-time charts.

The state records in all three events will be in serious jeopardy next season if both runners can stay healthy.

State track: Who were the all-class gold winners? Take a look at the list

On the girls side, Kailynn Gubbels of Arlington has the state’s eighth-fastest electronic time in the 100 hurdles (:14.52) and is tied for fourth all-time in the high jump (5 feet, 10 inches). Lincoln Southwest’s Brianna Rinn starts next season sixth all-time in the girls 800 with the 2:13.07 she ran at districts earlier this month.

The big question after the COVID-19 adjusted, four-day schedule last week was whether the Nebraska School Activities Association might keep that format, go back to the two-day extravaganza featuring all four classes together for the grand finale on championship Saturday or use a hybrid that incorporates parts of both formats.

Having each class separated into its own session and spreading the meet out over four days attracted more fans than the traditional two-day meet. It also became obvious over the weekend that the Burke facility is too small to handle all four classes at the same time and is a much better fit for the one class per session schedule used this year.

It’s something that will be discussed at length during the NSAA Board of Directors’ summer retreat next month.

Gabe Hinrichs won two events. Daniel Romary won one. “I texted him (Hinrichs) afterwards yesterday that even though you beat me ... "

A look at Thursday's results from the prep oval.

State track: Southwest's Rinn will take gold over the perfect race, and aim for 800 record next time

The Lincoln Southwest junior fell short of a record in the 800 meters. But sometimes gold outweighs perfection.

Our quick hits from the second day of the state track and field meet, where Classes A and D went for the gold in Omaha.

A look at Tuesday's results from the state links.

DeFrand sat at a table with hats from Florida State, Auburn, Nebraska and Ohio State before revealing her decision. 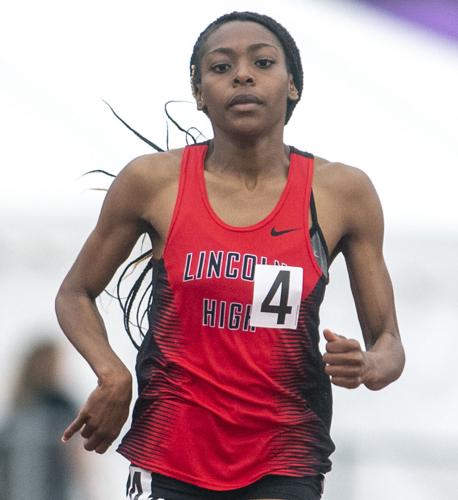 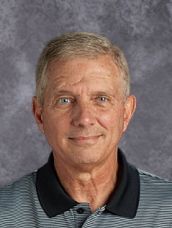