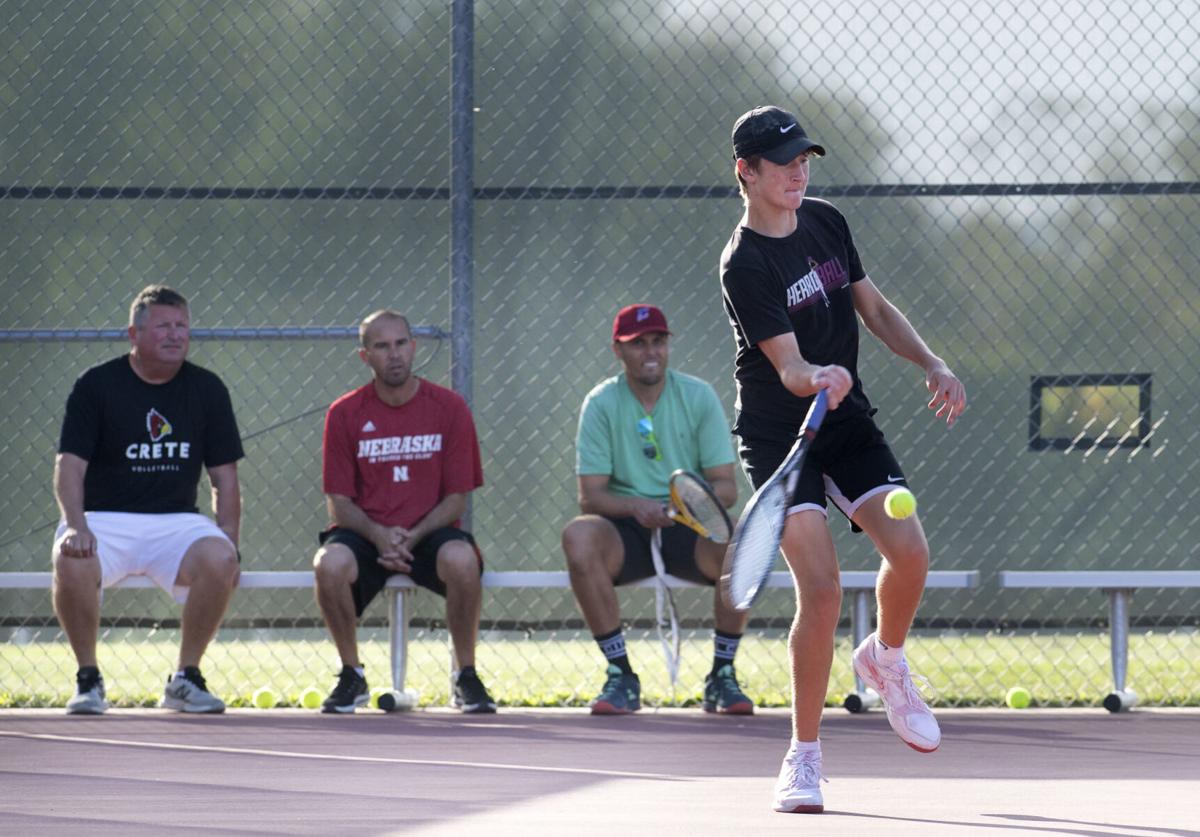 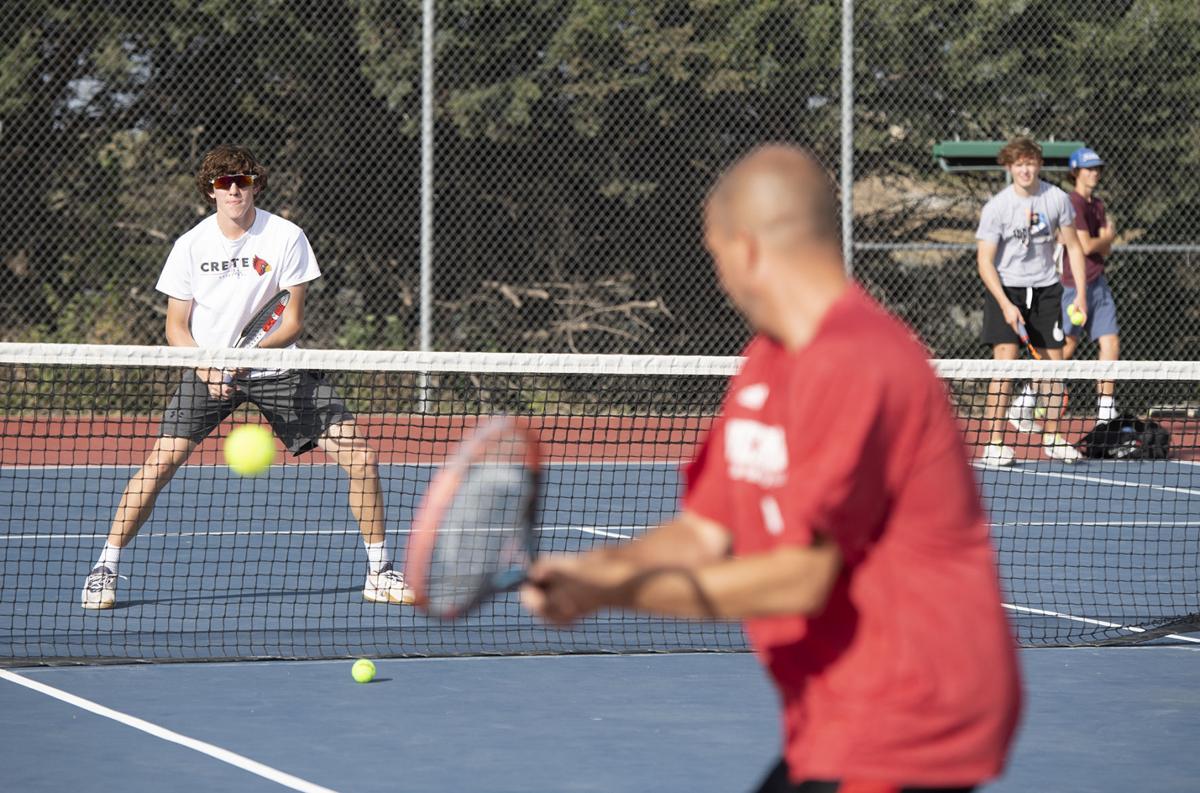 But it wasn't until he was 12, hitting a ball against the garage, when the sport pulled him in a little more.

"My mom was like, 'Hey, you want to go to a tennis lesson?'" the Crete sophomore recalled. "I said sure, and that's how it happened."

McDowell is the No. 4 seed at No. 1 singles for this week's Class B boys state tennis tournament, which starts Thursday at Woods Tennis Center. He's athletic, has grown a few inches, has a forehand shot that can wow and has a high ceiling.

"He just has some shots that bring you to the edge of your seat, because when he's on, he's fun to watch," Crete coach Todd Sandberg said.

"He is the most gifted player I have ever coached, and I had three at Lincoln High that went on to play in college."

McDowell's success on the tennis court — he finished in fourth place as a freshman last year — comes as Crete is in the beginning stages of restarting its boys tennis program.

For around 20 years, Crete didn't offer boys tennis. With help from others, including Nathan Erickson, Sandberg helped changed that.

When Sandberg interviewed for a teaching job at Crete, he asked if the school had any interest in adding boys tennis. The former Lincoln High tennis and baseball coach got the teaching job, and then after Crete green-lit offering boys tennis again, Sandberg was asked to run the program.

Last year marked the Cardinals' first season. They had 13 players out.

This season Crete had 27 out for tennis, and Sandberg has a junior varsity coach now. Boys basketball coach Tony Siske is in that role, and Erickson is a volunteer assistant. The roster includes baseball players, basketball players, soccer players and wrestlers.

"We've got some athletes that just maybe don't fit the mold of a football player or cross country runner," Sandberg said.

That includes McDowell. His love begins on another court.

"His passion is basketball," Sandberg said. "He is a gym rat."

So much so, McDowell spends most of his energy on hoops, shooting 500 shots a day at times. A point guard/shooting guard, he's one of three basketball starters on the tennis team.

McDowell has found a way to translate his basketball skills to tennis.

McDowell is 21-3 this season with two losses coming to a Class A opponent. The sophomore has worked through a back injury and said he feels a lot more confident going into this year's state tournament.

For McDowell, it's a chance to see how much he has improved as a tennis player — he said he's mentally tougher. For Crete, it's an opportunity to grow more roots in boys tennis, and Sandberg is happy to have a highly talented player leading the way.

"It's pretty motivating knowing that we're a new program and I'm just glad I have the guys to push me in practice," he said. "My teammates are there to support me whether it's mentally, physically or if I just need some competitive attitude out there."

Crete junior Mason Crumbliss and sophomore Lane Wendelin nearly missed out on the 12th seed in No. 1 doubles, and will look to earn some wins Thursday. Junior David Penate has shown a lot of improvement at No. 2 singles, Sandberg said.

McDowell takes pride in helping grow the team. He called the increased interest from other kids in the school "heartwarming."

The Class A state tournament (at Omaha's Koch Family Center) and Class B tournament will begin at 9 a.m. Thursday, with finals scheduled to begin around 2 p.m. Friday.

Class B boys state tennis: Mount Michael is leading the way, but it has company at the top

Mount Michael sits at the top with 36 points. McCook and Omaha Skutt each have 34 points and Grand Island Central Catholic is fourth at 28.

'It's been a special year': Mount Michael captures second straight Class B title behind No. 1 singles, doubles wins

Mount Michael tennis coach Chase Peterson called his group of six seniors special. All of them played for a Class B title Friday.