Class A state softball: A season of growth — and no panic button — leads to a 4th state title for Lincoln Southwest
0 Comments
Share this
1 of 3 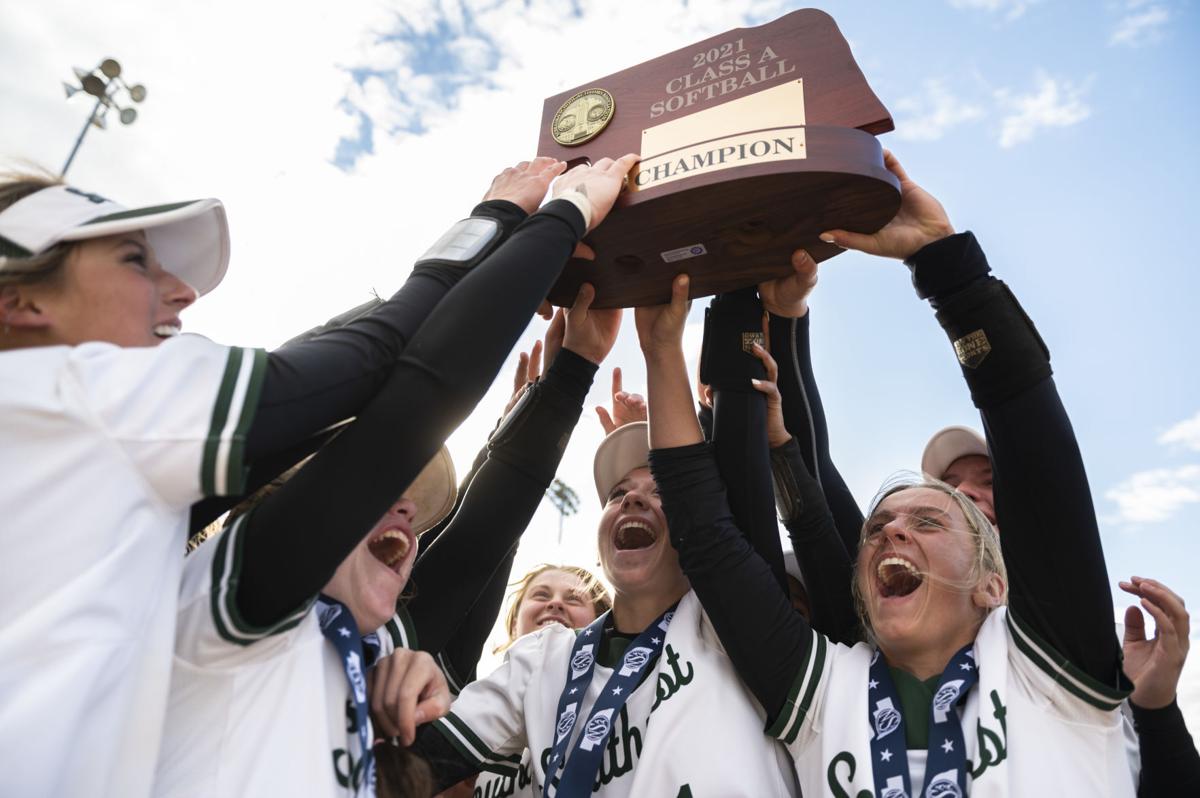 Lincoln Southwest players celebrate their Class A state championship, a 16-7 win over Lincoln East, on Friday at Bill Smith Complex in Hastings. 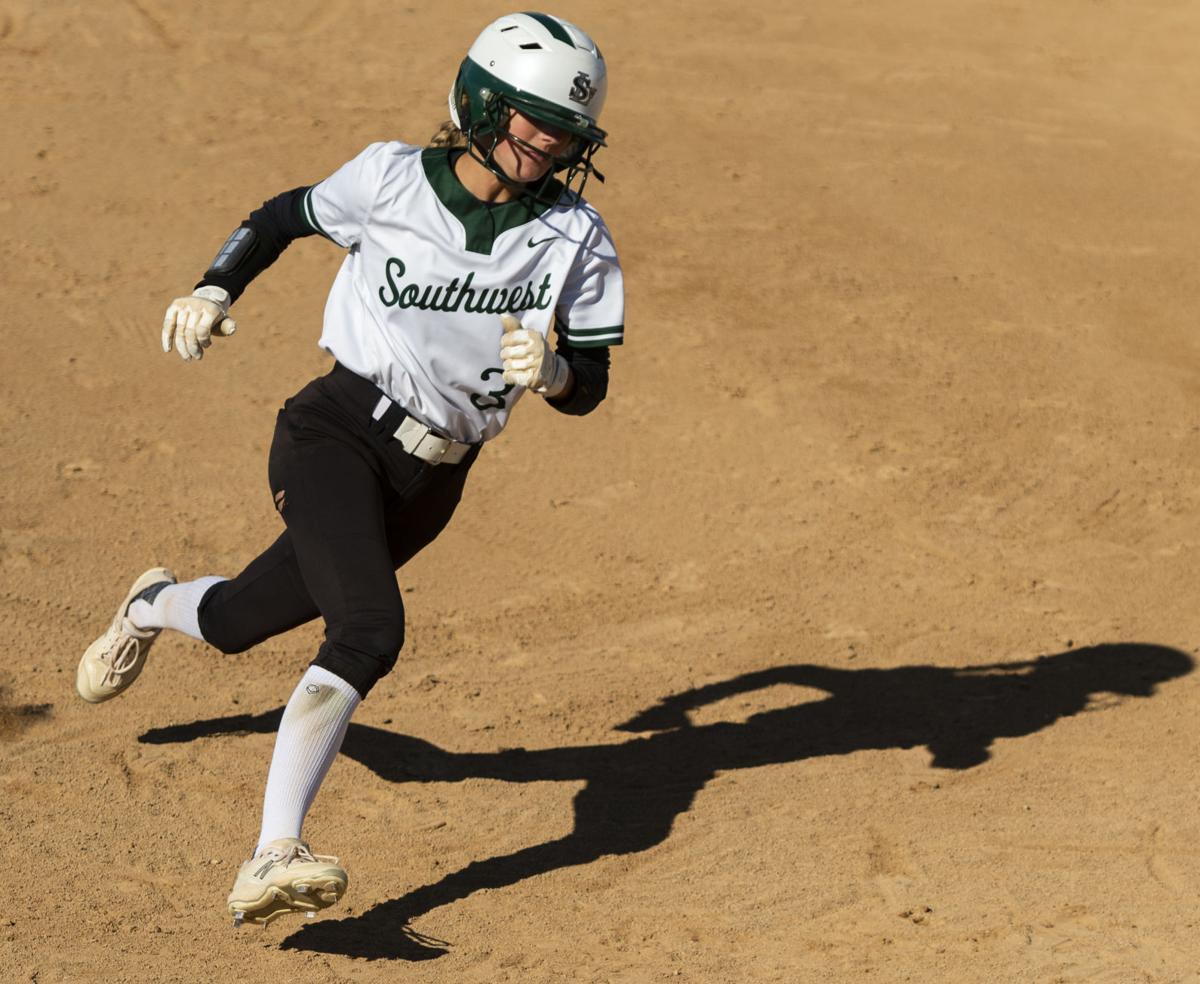 Lincoln Southwest's Anna Reiling runs around third base against Lincoln East on Friday during the Class A state softball tournament at Bill Smith Complex in Hastings. 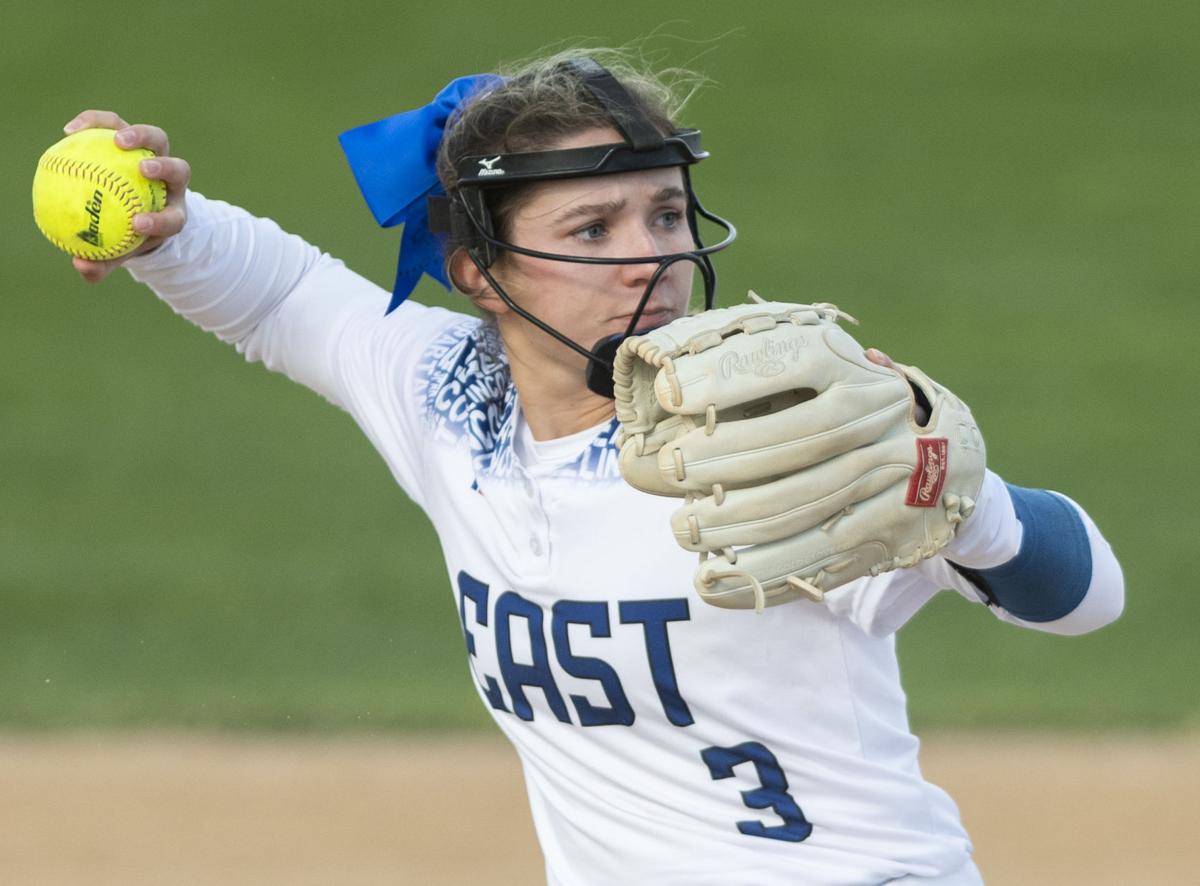 HASTINGS — Lincoln Southwest has a lot in its softball arsenal.

Pitching, speed, defense and bats. A lot of good bats. But there's no panic button.

The No. 2 Silver Hawks found themselves in an early four-run hole to No. 3 Lincoln East in Friday's Class A state tournament championship game at Bill Smith Complex. Yet, they didn't fret.

Class B state softball: Omaha Skutt caps the first perfect Class B season with the perfect half inning

"Honestly, we were treating this game just like any other game, and so there was no panic and we just knew we were going to get it done," senior second baseman Ashley Smetter said.

Smetter said the plan was to chip away, but instead Southwest swung back with a six-run second inning en route to a 16-7 victory and a fourth state championship. When third baseman Taylor Coleman caught the final out on an infield pop-up, she threw the ball into the dirt with a load of excitement and the dogpile ensued near the circle.

The win capped an impressive state tournament run and second half of the season — 20 wins in 21 games — for Southwest. In a season where there was no clear favorite, the Silver Hawks were clearly the best in Hastings.

"It's hard to compare with the first one (state title), the one three years ago was very, very special, but every championship is such a great feeling," said Mark Watt, who has guided Southwest to all four titles — the others coming in 2008, 2009 and 2018. "This team came so far this year, and they're all really, really satisfying."

Satisfying for Watt was watching his team grow over the course of the season. The Silver Hawks had a lot of talent, but they hadn't found a way to make it gel in starting 1-2, but newcomers Coleman and Reagan Vokoun and first-year regular starter Kennadi Williams were among the players to step into key voids.

The state softball tournament is here. Check out scores from Hastings

"Every team has to find itself, and this team found itself early on," Watt said. "We were 1-2 after three games and not hitting the ball tremendously well, but we adjusted and we teach hitting and developed the right approaches and found what works for them."

A quest for a state championship was met head-on by a Lincoln East team riding high after a 10-1 victory against top-ranked Gretna in an elimination game earlier in the day. And the Spartans were crushing the ball. They entered state with 70 homers, and had 13 over their first five state games.

No. 14 came off the bat of senior Amelia Kehn, whose grand slam gave the Spartans a 5-1 lead in the bottom of the first inning against Southwest.

But LSW responded with six runs in the top of the second. All six came with two outs, and the outburst included an RBI double from Taylor Fritz and an RBI triple from Coleman.

Watt gave the credit to the players, who have come back from deficits before, including a five-run hole against Lincoln Pius X in the final inning in the district final.

"They know that they can come back," he said. "They have battled time and time and time again, so it was too early for the big speech. I just let them battle and they came right back."

Southwest, which had 14 hits, scored five more runs in the fourth, and the icing on the cake came in the seventh on back-to-back homers from seniors Madison Divis, who drove in six, and Fritz.

"You just can't take a breath, really," East coach Lance Kingery said. "They're so deep, one through nine, every one of those kids can swing it, they've got good speed.

"It's not like we made a bunch of mistakes. They just flat-out came out and hit."

The Silver Hawks also received a boost from sophomore pitcher Alexis Bradley, who entered the game in the bottom of the first. Bradley pitched the final 6 2/3 innings and struck out six while limiting a powerful East lineup to two hits and one earned run.

"It was definitely nerve-wracking at first, it's the state championship, and it's my first time … but it's awesome having my teammates, them being there for me and that just helps with the nerves a lot," Bradley said.

The Spartans (35-10) lost in the opening round before winning four consecutive elimination games to set up the final. Morgan Adams, one of nine Spartan seniors, hit her 23rd homer of the year Friday to set a Class A single-season record.

"It's been a fun run. It's been a great run," Kingery said. "Super-proud of our kids and it was a blast."

Photos: All of the sights from Championship Friday at the state softball tournament

It's a mid-October Friday in Hastings. That means it's time to crown three high school state softball champions.

Class A state softball: Gas up the buses, Lincoln Southwest and Lincoln East are set to play on the final day

Two teams from the Capital City will be playing on Championship Friday in Hastings. Here's a look at the paths the Silver Hawks and Spartans took.

Taylor Fritz has had a knack for producing the big hit for the Silver Hawks, and she struck again when they needed her most.

This year's state-bound softball teams have combined for 794 homers. So what's leading to the recent power surge?

When the pitcher's circle was moved back to 43 feet in 2010, there was an uptick in runs and homers, kicking off the start of a power trend.

Putting a wrap on the 2021 prep softball season: Here's a look at the final ratings

After an exciting three days at the state softball tournament, and the crowing of three state champions, it's time to put a wrap on 2021.

"It's really hard to get to the final game and to have two teams from Lincoln to be able to do that, that says a lot for the quality and talent in this town."

Waverly's Malia Thoms is honest: "I was like, 'I kind of want to get this over with,' she said of the recruiting process. A trip to Nebraska sealed it.

The Silver Hawk details the "very stressful" process, and what led her to pledge to her future home.

Lincoln Southwest players celebrate their Class A state championship, a 16-7 win over Lincoln East, on Friday at Bill Smith Complex in Hastings.

Lincoln Southwest's Anna Reiling runs around third base against Lincoln East on Friday during the Class A state softball tournament at Bill Smith Complex in Hastings.