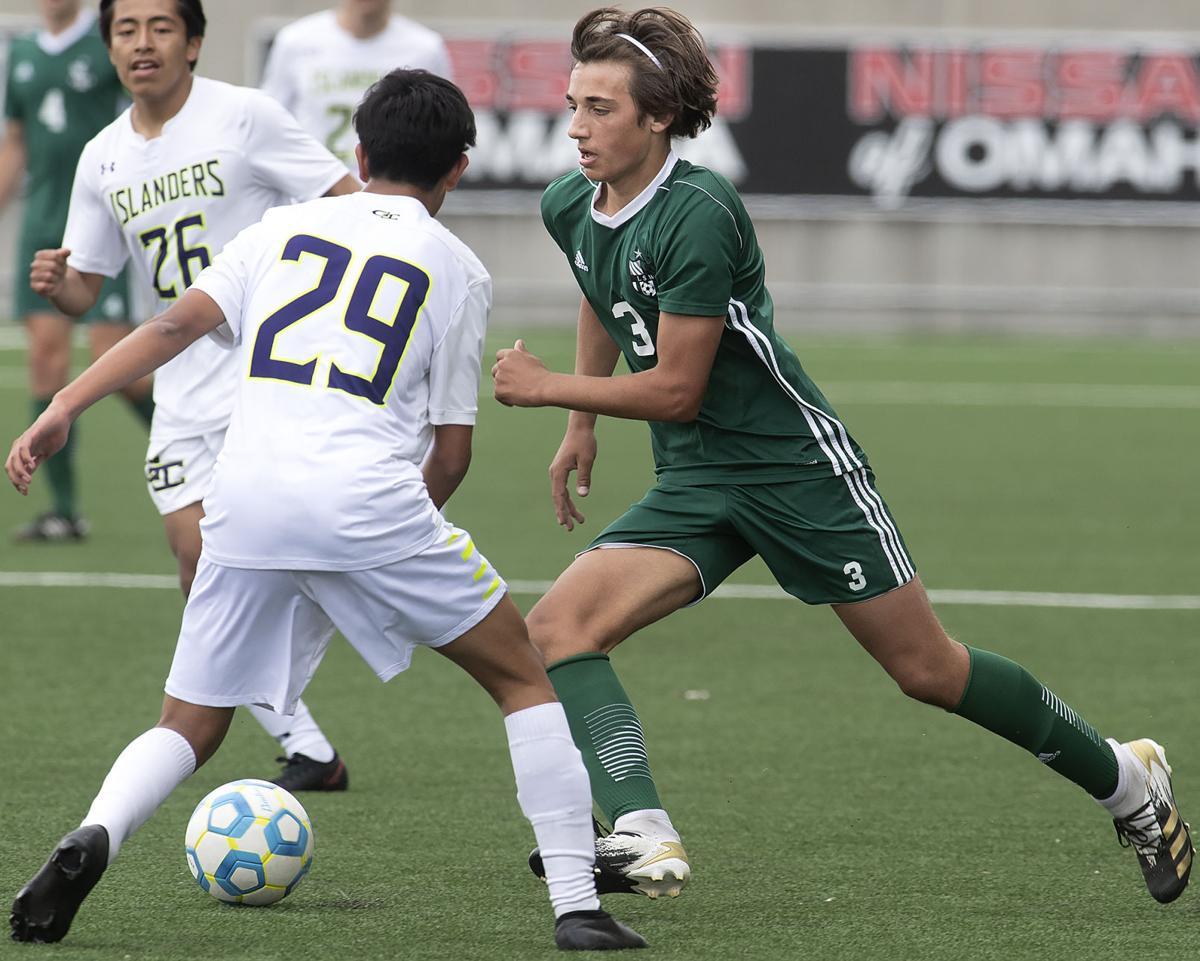 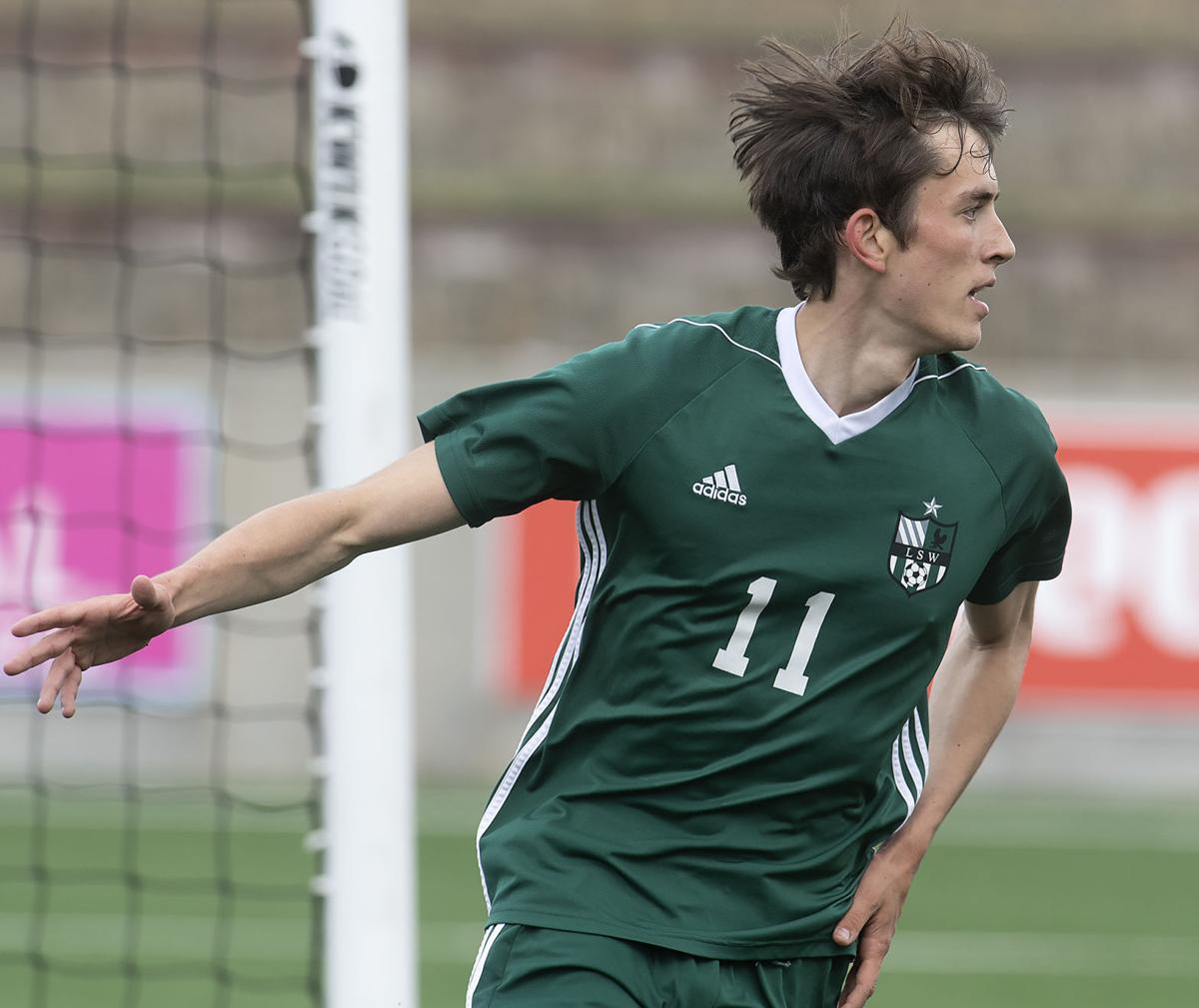 OMAHA — Goals can be hard to come by during a state soccer tournament match, but Lincoln Southwest made it look pretty easy by scoring 33 seconds apart during a 3-0 win against Grand Island on Tuesday in the first round of the Class A boys tournament at Morrison Stadium.

The second-ranked Silver Hawks improved to 16-0 and advanced to Saturday's semifinals. The Silver Hawks also set a program record for goals in a season (64).

“We’re cooking at the right time. We just got to keep it going,” Southwest junior midfielder Brayden Kramer said.

Southwest broke through in the 20th minute when Braden Lackey took advantage of a turnover near the goal and scored from 10 yards out. It was his team-leading 15th score of the season.

In the second half, Kramer scored just 2:29 into the half. He one-touched a shot in front of the goal on a centering pass from Eli Rhodes after a corner kick.

“Eli slotted it right to me and I just had to finish it in,” Kramer said.

Then just 33 seconds later, freshman Tanner Novosad scored on a short breakaway to make it 3-0.

Lincoln Southwest coach Derek Scheich said the team talked about finishing the few chances it may get at state, and they really did so there.

“I told the guys when you get to this part of the season against all of these great teams you may only get two or three chances, so you got to be clinical and put those away,” Scheich said.

Southwest also beat Grand Island (10-6) during the first match of the season, 3-2.

Southwest finished the match with seven shots on goal, and allowed Grand Island to get only one.

Defensively, the Silver Hawks focused on slowing down Grand Island forward Javier Baide, who had 24 goals.

“Eliminating Javier Baide was obviously a big point for us. We know he’s a dangerous player,” Scheich said. “We thought if we could come up with a way to neutralize him and limit his touches and force him onto his weak foot that we could try to basically erase him from the match.”

This season Southwest hoped to get this far, but the team isn’t taking it for granted.

“This isn’t something that necessarily happens every year,” Scheich said. “It’s not any team’s birthright to be at the state tournament, so you have to chase that.”

It’s the fourth time in school history Southwest has reached the state semifinals.

Now comes a few days off in the different tournament format for this season, with the tournament expanded from six days to eight. Southwest won’t play again until Saturday.

The team will take Wednesday off from practice so the players can travel to Omaha to watch the Southwest girls team, which also is undefeated.

Then they’ll practice on Thursday and Friday, and play again Saturday against No. 5 Creighton Prep.

“We got the prime-time slot. It will be under the lights,” said Scheich of Saturday’s 7 p.m. match. “We know if we play at our best, we can play with anybody in the state. We’re excited for the opportunity.”

Why is there still so much doubt surrounding the Atlanta Hawks?

The best match of the first day of the Class A state boys soccer tournament was the last one, the lone game decided by one goal.

Matching kicks and wins with the boys, Southwest girls make their own perfect run to state

“I wouldn’t call it soccer central, but we’re working toward it and maybe eventually we can feel like that.”

Chot is one of those rare state cross country champions still looking for a first gold on the track. It’s not something he dwells on.

After going 39 minutes without a goal to start the match, the teams combined for nine goals over the next 31 minutes of the match.

Lincoln Southwest finished with 19 shots on goal, but many were from long distances. Millard North had five shots on goal.