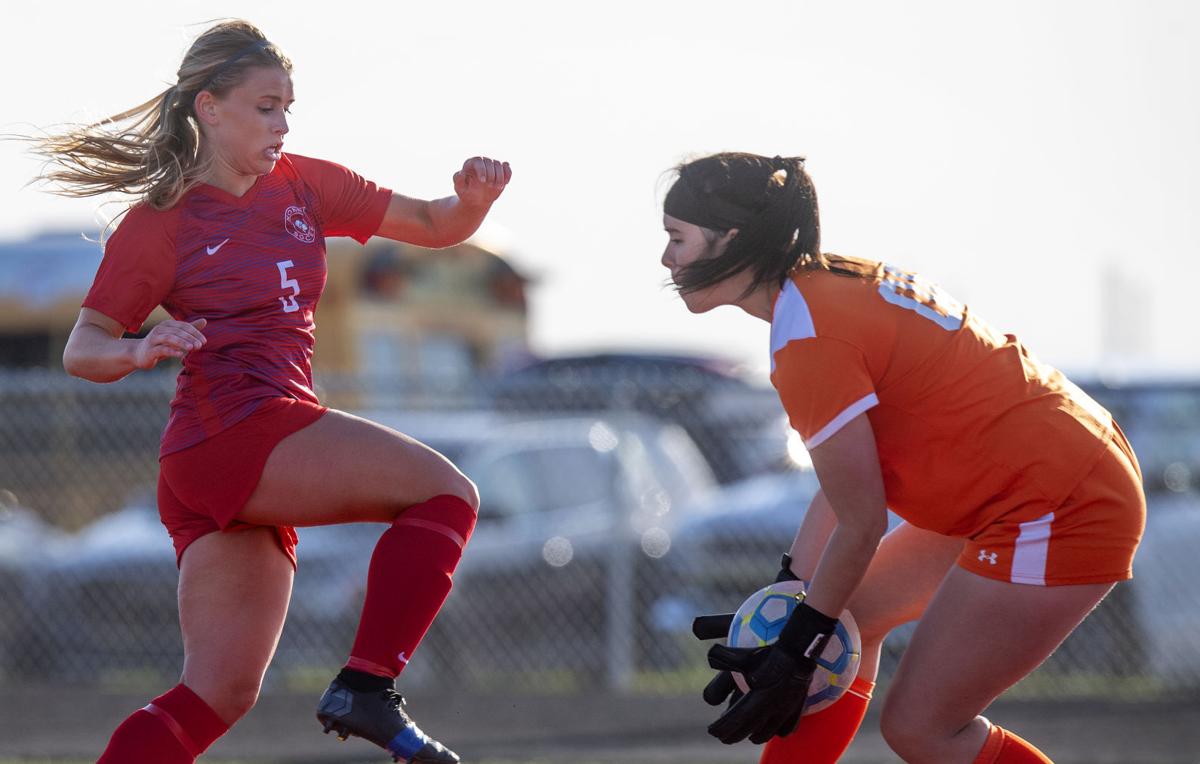 Norris' Molly Ramsey (left) looks on as Waverly goalkeeper Tara Tenopir scoops up the ball in the first half Tuesday during the Eastern Midlands Conference Tournament semifinals in Firth. 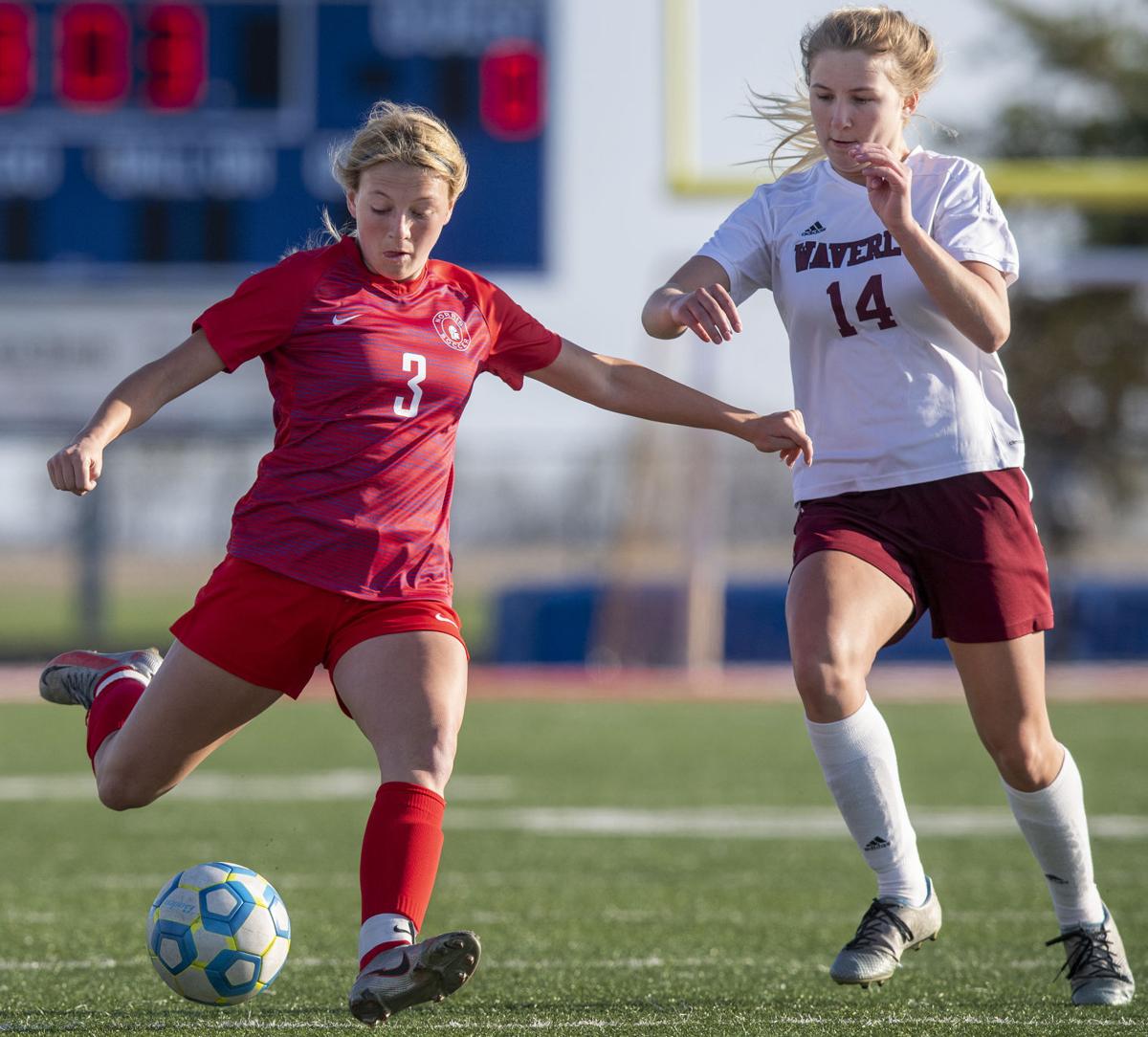 FIRTH — There was something about Reese Borer and set pieces that were magical Tuesday night.

That combination proved to be effective, as Borer scored a hat trick to lead the No. 6 Titans to a 3-0 win over the Vikings to clinch a spot in the Eastern Midlands Conference championship.

What made it unusual was that all of the sophomore’s goals came from set pieces, an emphasis of the Titans' game plan coming into the semifinal match against Waverly.

“Because of how well they (Waverly) played defense, we’re just trying to get as many set pieces as we can,” said Norris coach Arnold Talero. “They defended well, against our set pieces, we had quite a few of them, but only three of them went in, so kudos to them.”

With her performance Tuesday, Borer now has a team-high 14 goals on the year and is one of the many reasons why the Titans remain undefeated at 10-0. Being only a sophomore, Borer’s freshman season was cut short due to the COVID-19 pandemic, but it was her work ethic during the offseason that impressed Talero and is the reason why he isn’t surprised about her breakout year.

“Reese (Borer) is a great player, she really plays hard,” Talero said. “She’s got a good shot and for set pieces she really goes after the ball.”

This also wasn’t the first time Norris and Waverly had played each other; the two teams went to battle April 5, when the Titans ran away with a 4-0 win, including two goals from Borer. While the score might have been similar, the Vikings' defense stood out to Talero; Waverly gave up three first-half goals the first time, compared with only one Tuesday.

“They really marked our wing players really well and kind of took them out of the game,” Talero said. “They had a great game plan to really make us work, and so we just had to stay patient and continue to work."

The win sends Norris to the EMC finals Friday, where it will take on the tournament's second seed, Blair, which defeated Elkhorn North 4-2. The Titans and No. 9 Bears haven’t faced off yet, but it’s a matchup that will have plenty of implications as the season draws closer to districts.

For Talero and Norris, it’s all about execution and taking what Blair gives it.

“We just have to be ready for the conditions that we can play in, and also just try to execute on them,” said Talero. “Going into games, we try to focus a little bit more on execution and what the other team gives us.”

The match will begin at 5:30 p.m. Friday at Bennington High School.

A look at Tuesday's results from the pitch.

There were some big matches last week. Brent C. Wagner updates the ratings.

A look at Wednesday's results from the pitch.

Class A No. 6 Spartans slip past Lincoln High in tense shootout

"We knew we it would be a tight affair and from our point, it was more of a mental game."

Norris' Molly Ramsey (left) looks on as Waverly goalkeeper Tara Tenopir scoops up the ball in the first half Tuesday during the Eastern Midlands Conference Tournament semifinals in Firth.