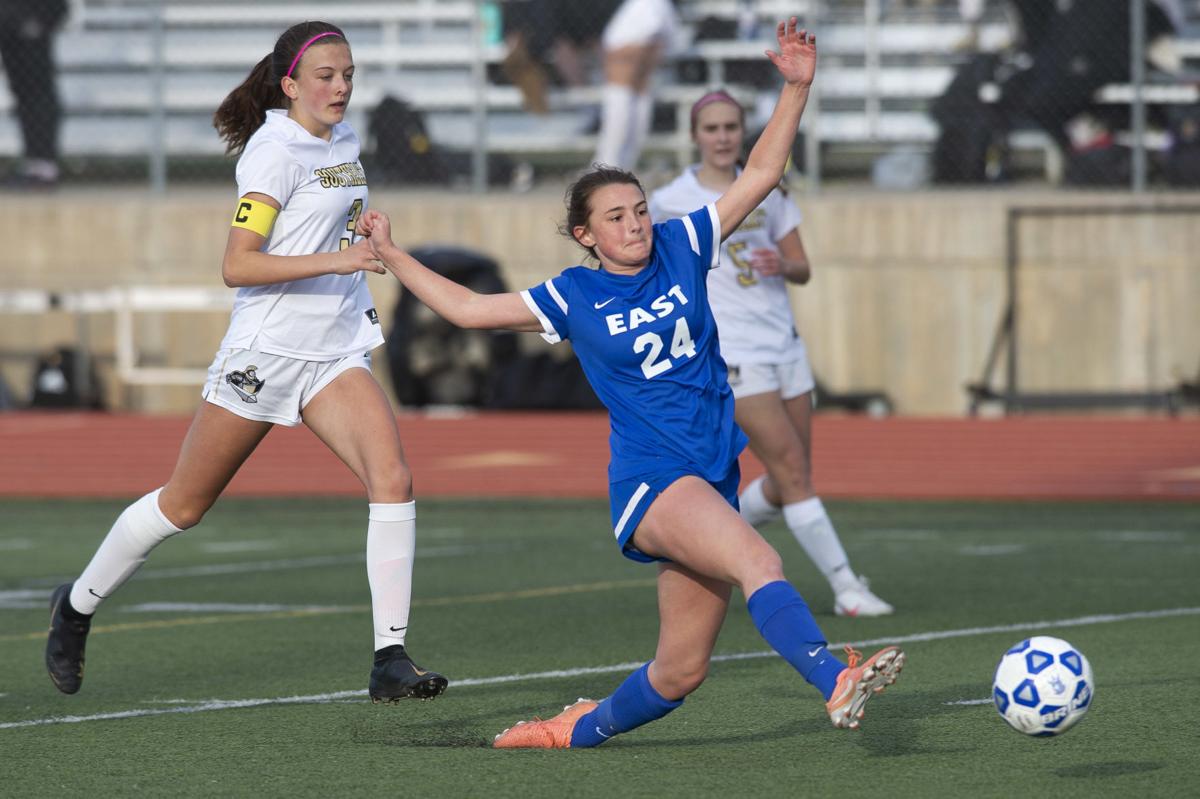 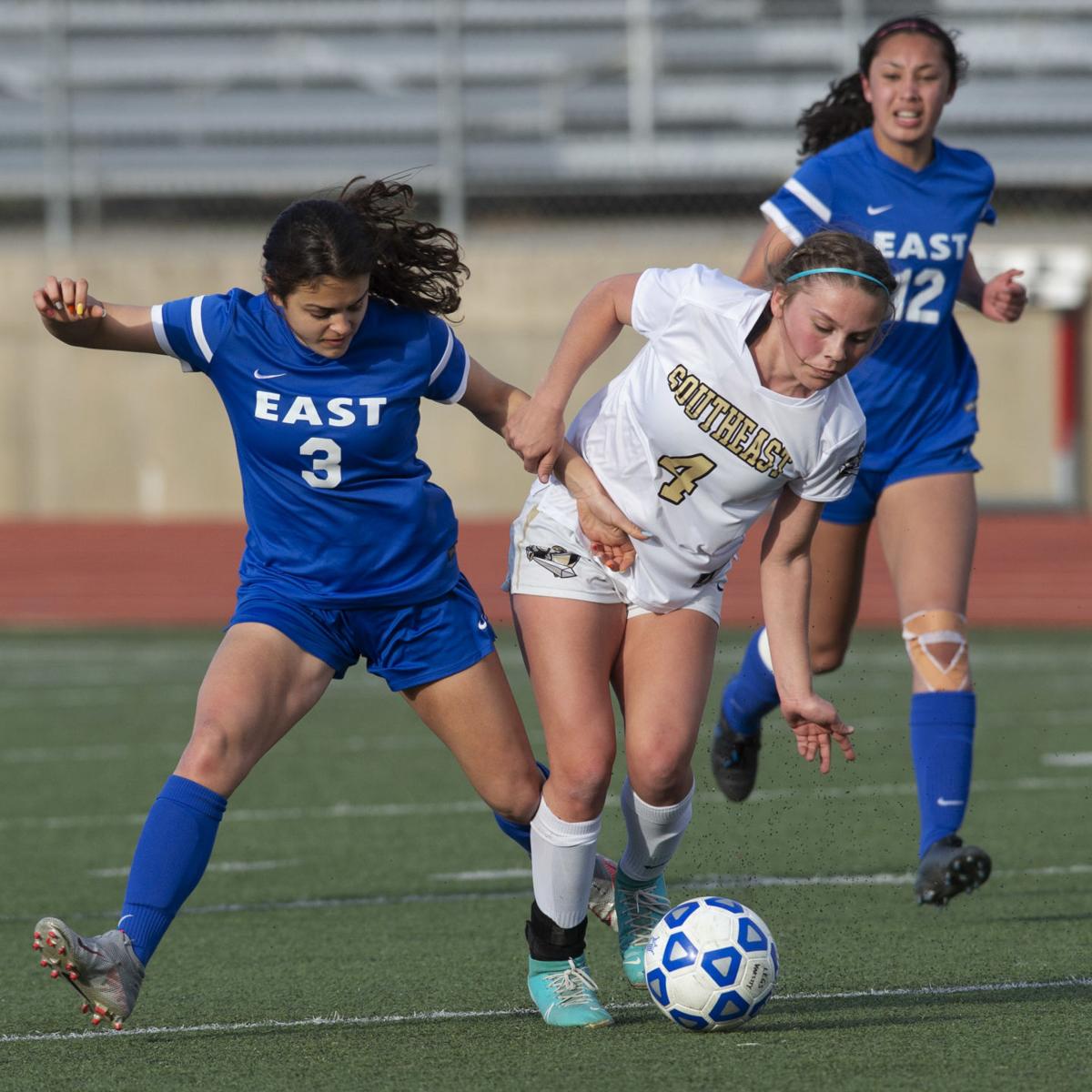 Lincoln East's Kayma Carpenter (left) has her arm grabbed by Lincoln Southeast's Katelyn Rutledge as they vie for possession of the ball Tuesday at Beechner Athletic Complex.

The consensus is that the Lincoln East girls soccer team has a squad that is going to be able to score a lot of goals this season.

That was the case again Tuesday when the Class A third-ranked Spartans beat Lincoln Southeast 6-1 at Beechner Athletic Complex.

To begin the season, the Spartans have scored 12, four, four and six goals.

'It's been a long time': High school soccer teams, including 'defending' champs, adjusting to two-year layoff

“We’ve been able to put the ball in the back of the net a lot, so that’s good to see,” said senior midfielder Haley Peterson.

East is 4-0, including wins against a city rival (Southeast) and one of the traditionally strong teams from Omaha (No. 9 Omaha Westside).

Lincoln Southwest and East are off to the best start of the city girls teams — Southwest is 5-0 — and the anticipation is building for when the two teams play next Wednesday.

Peterson is thrilled to be back playing high school soccer after last season was canceled due to COVID-19.

“We were going to be really good last year,” she said.

East needed just 1 minute, 25 seconds to score. Jess Chartier intercepted a Southeast pass in the penalty box and drilled a shot to the far post.

By halftime, the lead was 3-0 after goals by Tula Waite and Beth Guevara.

In the second half, Briley Hill scored, Waite added her second goal of the match and Annie Mulder scored on a free kick. Peterson had two assists.

East’s lead was 5-0 when Southeast (4-1) got its first goal from Rachel Warrick.

“I think we’re really connecting well as a team and playing passes to feet and through balls,” she said.

East was aggressive with its play near the goal, which led to several of its scores.

“I think we have a lot of talent and we set ourselves in great situations to get a lot of opportunities on goal,” Mathews said.

For now East is rotating between two goalies. Susie Bovaird got the win against Omaha Westside last week. Summer Wolfe was the winning goalkeeper on Tuesday.

“It’s a fight every single game and practice for that starting spot,” Mathews said.

Photos: East knocks off Southeast to remain undefeated this season

A look at how Briley Hill is trying to buck the trend of in-state athletes having little impact on the Nebraska women's soccer team.

Girls soccer: For several high school soccer players in Nebraska playing defender was their ticket to NCAA Division I

College and high school soccer coaches explain why they see so much value in the players who play the defender positions.

Prep Extra Credit, 3/31: A look at some of the top high school performances from around the state

Spring sports are in full bloom. Let's take a look at some notable performances from the past week.

Just a few weeks ago, McKenna Rathbun was wearing basketball sneakers and running up and down the Pinnacle Bank Arena court in a state tournam…

Lincoln Pius X shows improvement in win over North Star, but aims to get better

Lincoln East's Kayma Carpenter (left) has her arm grabbed by Lincoln Southeast's Katelyn Rutledge as they vie for possession of the ball Tuesday at Beechner Athletic Complex.