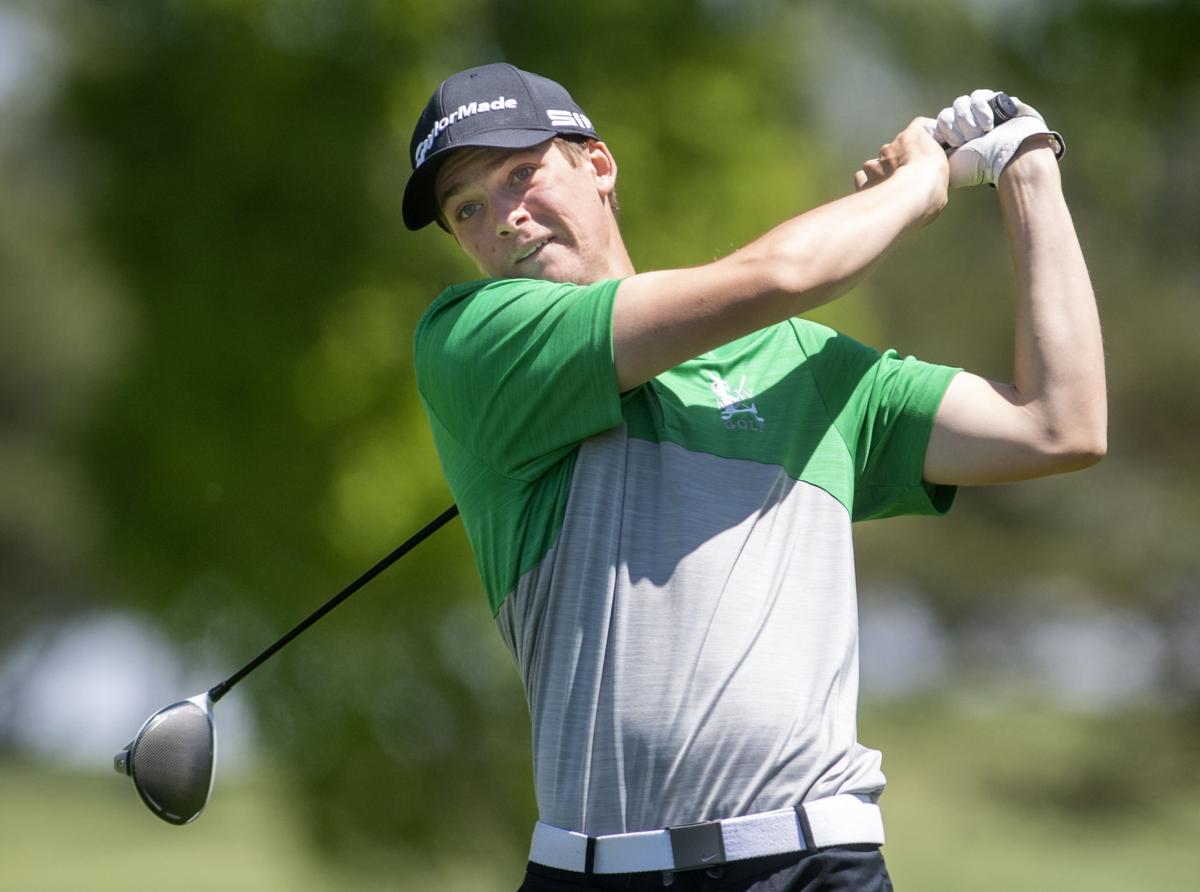 Lincoln Southwest's Geran Sander tees off during the LPS Championships on Thursday at Holmes Golf Course. 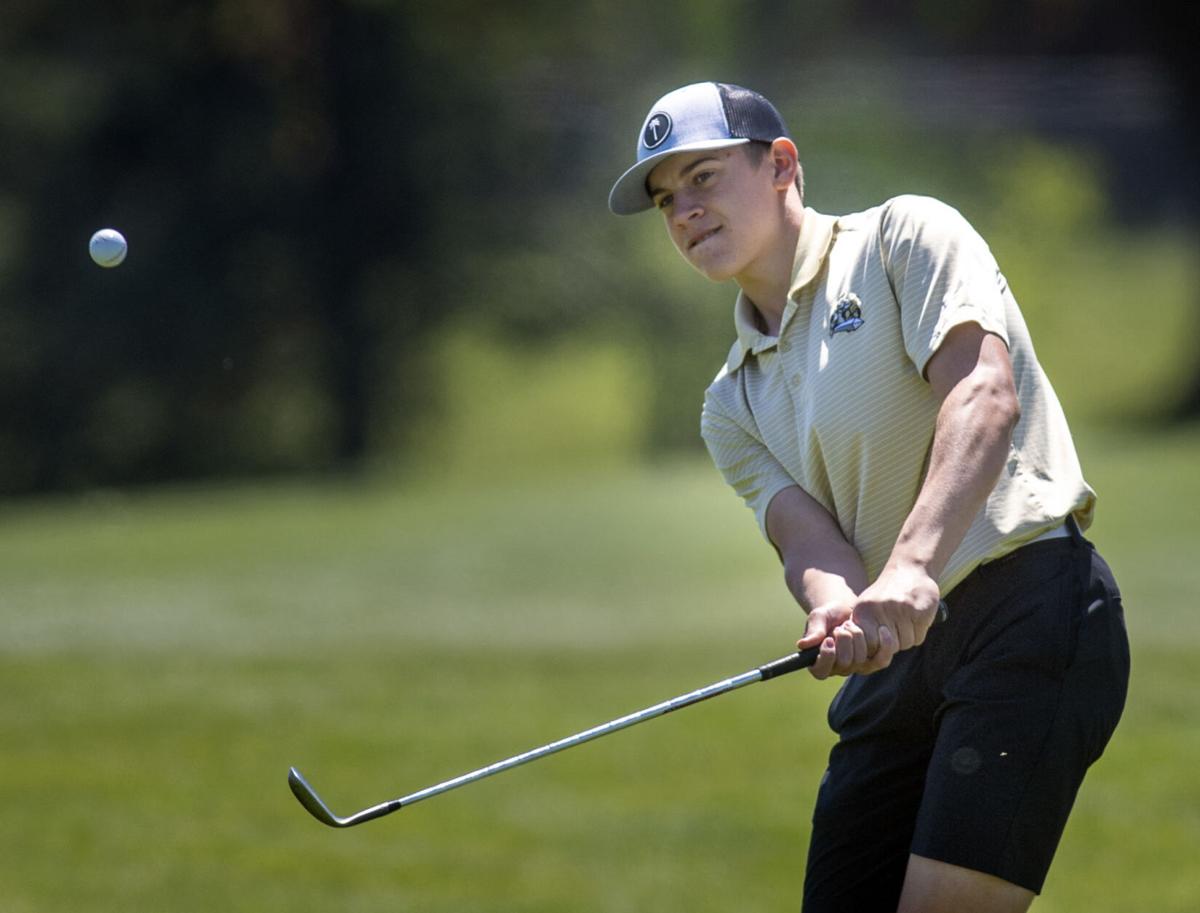 Eighteen holes were not enough to decide this year's LPS Championships.

So when Geran Sander approached the tee box on the first playoff hole with two other golfers, the Lincoln Southwest senior had only one shot in mind.

"I knew I had to hit a good tee shot into the fairway, and I did that," Sander said.

Sander, who shot a 75, piped his tee shot down the middle, he hit a 230-yard second shot to green side, chipped to within 2 feet and made his par putt to capture his second title of the season.

The driver was on Thursday for Sander.

"The front nine I thought I played pretty good," said Sander, who started his round with a birdie on No. 1. "I was just trying to make a lot of pars. I thought the back nine was tougher than the front."

Lincoln East's Will Topolski and Charlie Larson also shot 75s to force a three-person playoff. Lincoln Northeast's Caden Peppmuller shot a 76 to finish in fourth place and make for an intriguing leaderboard over the final few holes.

A pair of 75s helped lead the Spartans to the team title. But it was a shot on No. 16 by Thomas Gatlin, East's No. 3 golfer, that proved to be the difference in a one-shot win (313-314) over Lincoln Southwest, which played its best team round of the season.

Gatlin, who chunked his first two shots on No. 16, made a 90-foot chip shot for birdie, "and that made the difference when it comes down to one stroke," East co-coach Joe Schlegelmilch said.

"That's what we always talk about. Every shot matters and you never know what's going to happen. We've been on the other side of that a couple times this year where we've lost meets by two strokes, so it was kind of nice to be on the right side of it this time."

Topolski (second place) and Larson (third) were two of four Spartans to medal.

Southwest had three top-six finishers, led by Sander, who will play college golf at Nebraska Wesleyan.

Like Thursday, Sander has been steady all season for the Silver Hawks. He said his driver was the best part of his round at Holmes Golf Course.

"I've been in the 70s every tournament but one, and that was a rough day," Sander said of the Heartland Athletic Conference meet at Norfolk Catholic Club where he shot an 86 on a windy and cold day.

Sander and the Silver Hawks will be among several teams headed back to Norfolk next week for the Norfolk Invitational. It's also the site of the Class A state tournament.

A look at Tuesday's results from the links.

A look at Monday's results from the prep links.

An increase to 75% capacity highlights the changes, but that's not the only update.

The Bolts picked a good time to go low. The Norfolk Invite, which features some Class A state contenders, closes the regular season.

Brock Kuhlman had his sights on a top-10 finish as the bus pulled up to Highlands Golf Course. He'll have to settle for No. 1.

Boys state golf preview: A look at the team races and players to watch

The high school athletic calendar concludes this week with the boys state golf tournaments, and many of the title races are wide open.

Lincoln Southwest's Geran Sander tees off during the LPS Championships on Thursday at Holmes Golf Course.