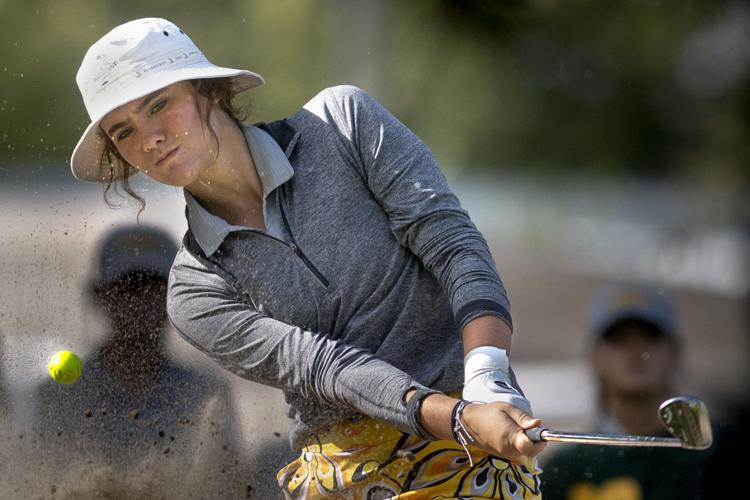 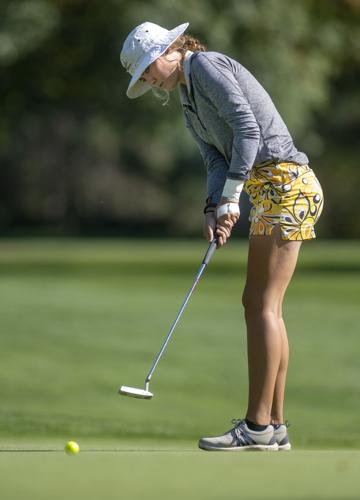 NORFOLK — Last year Nicole Kolbas wowed the state when she won the Class A girls state golf tournament with a two-day course-record score of 140. She won by a remarkable 12 shots.

And this year the Lincoln Pius X junior wowed everybody again.

Kolbas made it back-to-back state titles, and bettered her previous record with a score of 136. She opened with a 5-under 67 on Monday, and closed with a 69 on Tuesday at Norfolk Country Club.

This year she took a six-shot lead to the final tee box, and won by six shots. Kaitlyn Hanna from Omaha Westside was second, Kate Strickland from Lincoln Southwest was third and Katelyn Ruge from Millard North was fourth.

Kolbas credits a strong field of players in the state right now, with several NCAA Division I recruits, for pushing her to her current success.

Kolbas said she probably couldn’t dream of shooting 136, but she also didn’t tell herself it wasn’t attainable.

“It’s golf,” she said. “You never know what’s possible, right? You can’t cut yourself short. If you dream big, it’s always possible. But if you don’t dream big enough, you can never achieve anything.”

Kolbas is very competitive but says she allows herself to have fun while playing even in the pressure-packed state tournament. She says you can’t take it too seriously.

“Golf is a game of misses, and it’s whoever makes the least amount of misses, and not as bad of misses,” Kolbas said. “So for me if you see me frown on the course, it probably won’t be for very long.”

On Tuesday, Kolbas pulled away when she had a stretch of four straight birdies.

It was one of those moments when the hole seems big.

“Once I hit greens, I had such a good inkling that I knew I could probably roll it in the hole,” she said.

“She really played premium golf,” Danson said. “The last two days she got this golf course figured out. She really got it going. She’s no doubt one of the best.”

The Class A individual race may be the top storyline, but there many other golfers and races to watch.

After carding three straight bogeys to open the round, the Pius X junior called it "a mental challenge" to regroup. She did — and then some.

After one round in the Class B state meet, Julia and Emily Karmazin of Elkhorn North were at the top. They stayed there, but switched spots.

Clark Grell: From PBA classics to a benchmark moment for girls sports, here are the top high school moments from ’21

This year in review spans several sports with mind-bogging plays, feel-good moments and more from the high school sports scene.