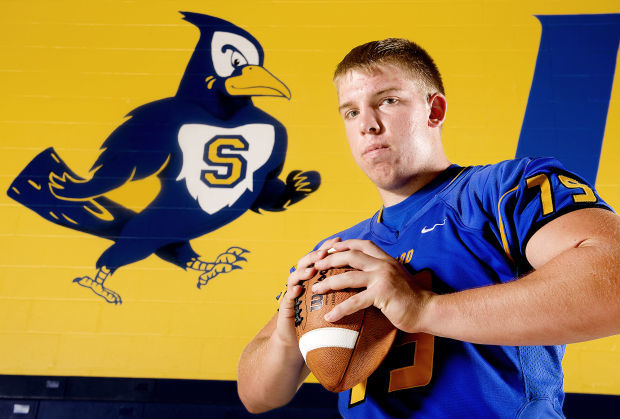 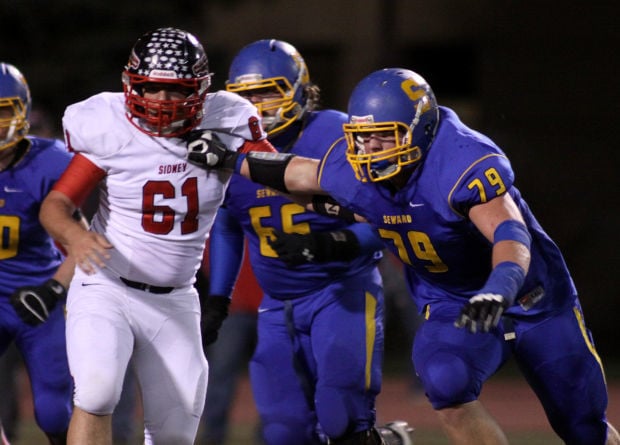 Seward's Adam Holtorf (right) slips around a block during a Class B playoff game in 2014. 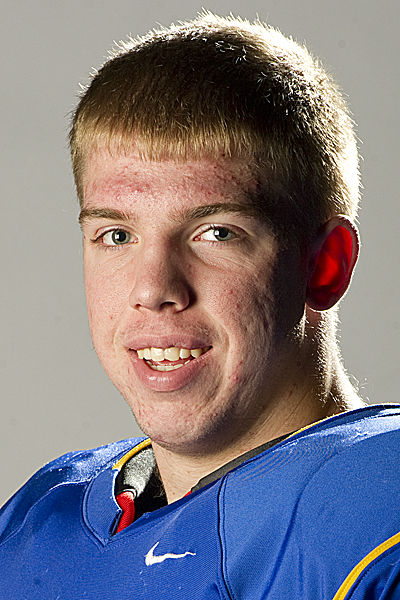 Basketball on Tuesday, up early Wednesday for a trek through the snow to Seward High School and a seemingly long wait for the school's fax machine to work, were all part of Adam Holtorf's exciting start to the week.

The 6-foot-5, 275-pound Seward lineman signed his national letter of intent with Kansas State and couldn't be more excited.

"We played Columbus Lakeview Tuesday night (and won) and everybody scored, so that was great, then I got up early today, Mom and Dad (Diane and Paul) and I went the three blocks to school and faxed in the letter — it seemed like it took forever," said Holtorf, a Journal Star Super-State defensive lineman, who will probably play offense at KSU.

The Wildcats offered Holtorf a scholarship last summer and he committed immediately. He's one of five offensive linemen to sign with Kansas State. He said he was contacted by Nebraska when Bo Pelini was head coach, but didn't receive a scholarship offer.

"Playing close to home (in Manhattan, Kansas), playing for a great program and a great coaching staff, and getting a great school with my major (agri-business) is all very exciting," Holtorf said. With four of the Wildcats' five starting linemen returning, Holtorf said this year's recruits will probably all redshirt.

Holtorf has two football and basketball teammates headed to Nebraska. Quarterback Reid Karel will walk on the NU football team, and receiver/defensive back Ben Klenke will walk on with Darin Erstad's Husker baseball program.

"I always was a three-sport guy (throwing the shot put and discus in the spring), and playing with my teammates and keeping active and in shape has always seemed natural to me," Holtorf said. "It's fun, and being with your teammates is something that is so special."

Holtorf talked with KSU football coaches, including head coach Bill Snyder, after he sent in his letter of intent. "Coach Snyder told me they were very happy to have somebody of my ability and my character coming to Manhattan. That meant a lot to me."

"His motor never stops, and when you're on the field as much as he was and still show hustle like he does, is amazing," he said. "He's always asking what he can do to be better."

A snow storm on Wednesday morning had football players and coaches in Omaha calling an audible.

Join the Husker Extra staff for Signing Day coverage from start to finish this Wednesday. Our live chat runs all day, and we'll have analysis,…

Seward's Adam Holtorf (right) slips around a block during a Class B playoff game in 2014.