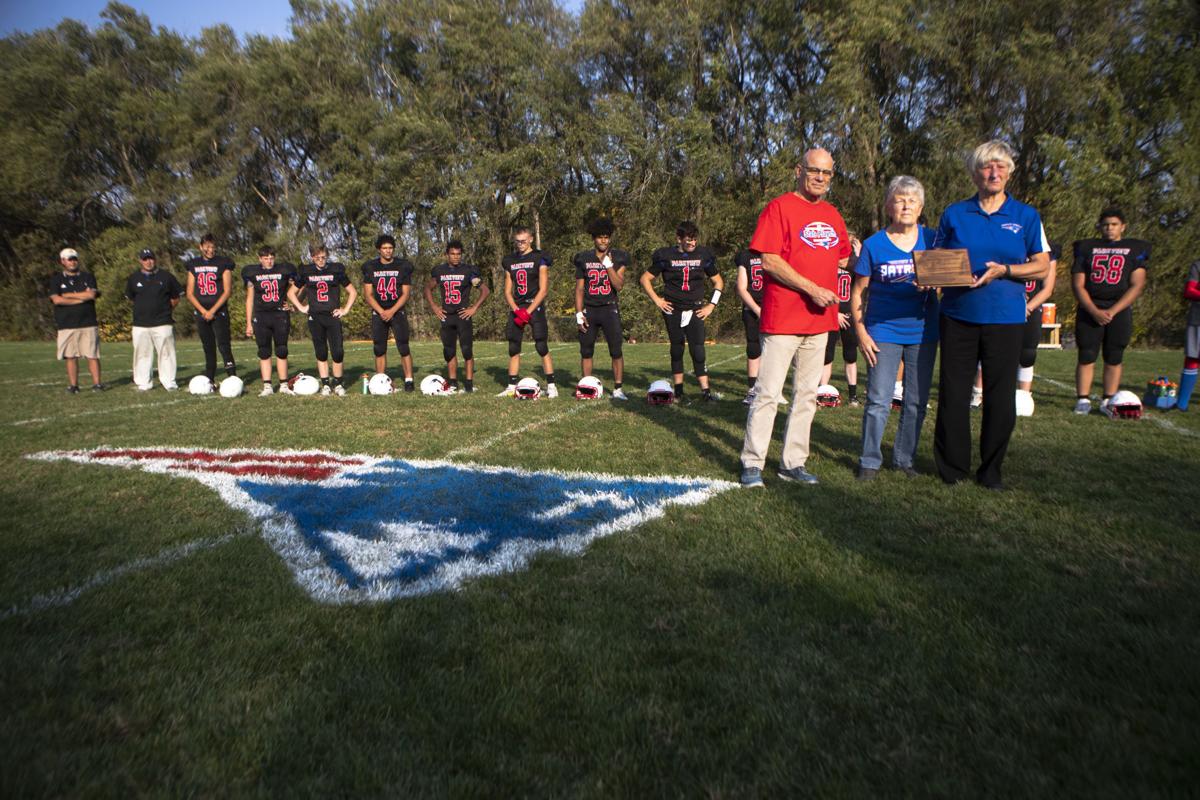 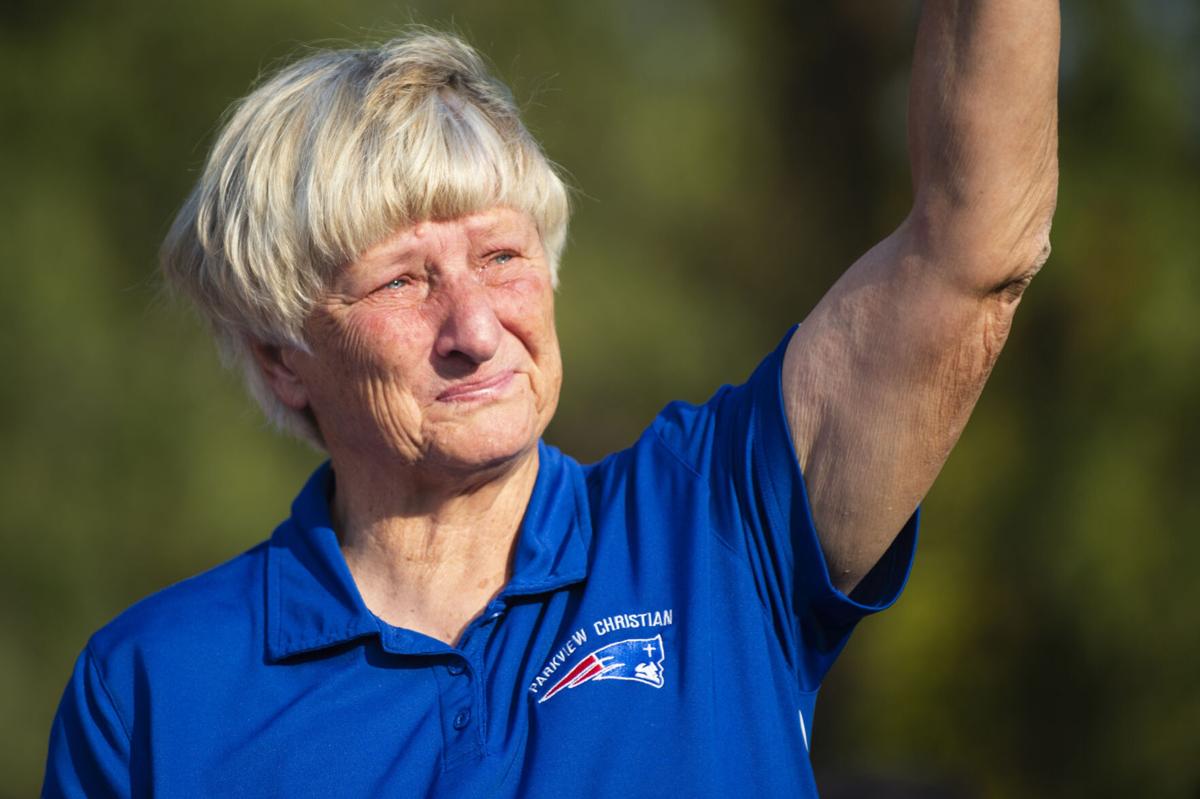 Carol Frost tears up after accepting a plaque from Carl Goodwin and Gayle Goodwin commemorating Parkview Christian renaming its football field in her and her late husband Larry's honor at the school Friday. Parkview renamed its field Larry & Carol Frost Field.

Even before Friday afternoon's dedication ceremony, the sign above the scoreboard had already been added at Parkview Christian School.

Something like this was probably bound to happen at the small school in north Lincoln eventually, but after Larry Frost, the high school hall of fame coach and father of Nebraska football coach Scott Frost, died Sept. 16, the Parkview community wasted no time.

The Frosts, after all, had coached football and track and worked at the school from 2006-09 and again from 2011-13, and were members at the Calvary Community Church on the same grounds as the school.

"They've just been heavily involved in the kids and the school and church community," PJ Book, Parkview principal and athletic director, said Friday afternoon. "Larry served as the superintendent, he and Carol both coached and taught here, and I think they've both just really been ingrained in the fabric of the school for a lot of years. They've retired but stayed active with the church community.

"So, when Larry passed, it seemed like an appropriate way to honor them and their investment in the school, and so somebody presented that at a school board meeting and it seemed like a no-brainer."

At halftime on Friday — with Parkview leading 20-0, by the way — Carol made her way out to midfield to receive a plaque commemorating the day and a big cheer from the crowd.

That was followed by a moment of silence before the second half got rolling.

"Coach (Larry) Frost's success can easily be measured by his outstanding achievements as a coach, but his legacy will be better defined by the thousands of lives he touched and inspired as a teacher, administrator and coach with his unique combination of humor, toughness and humility," the public address announcer said during the brief ceremony.

"Our hearts and prayers continue to go out to his wife Carol, his sons Scott and Steve, and their immediate families."

Take a trip to the film room — and check out the loose ends from the Spartans' win in the first end of the doubleheader at Seacrest Field.

Carol Frost tears up after accepting a plaque from Carl Goodwin and Gayle Goodwin commemorating Parkview Christian renaming its football field in her and her late husband Larry's honor at the school Friday. Parkview renamed its field Larry & Carol Frost Field.