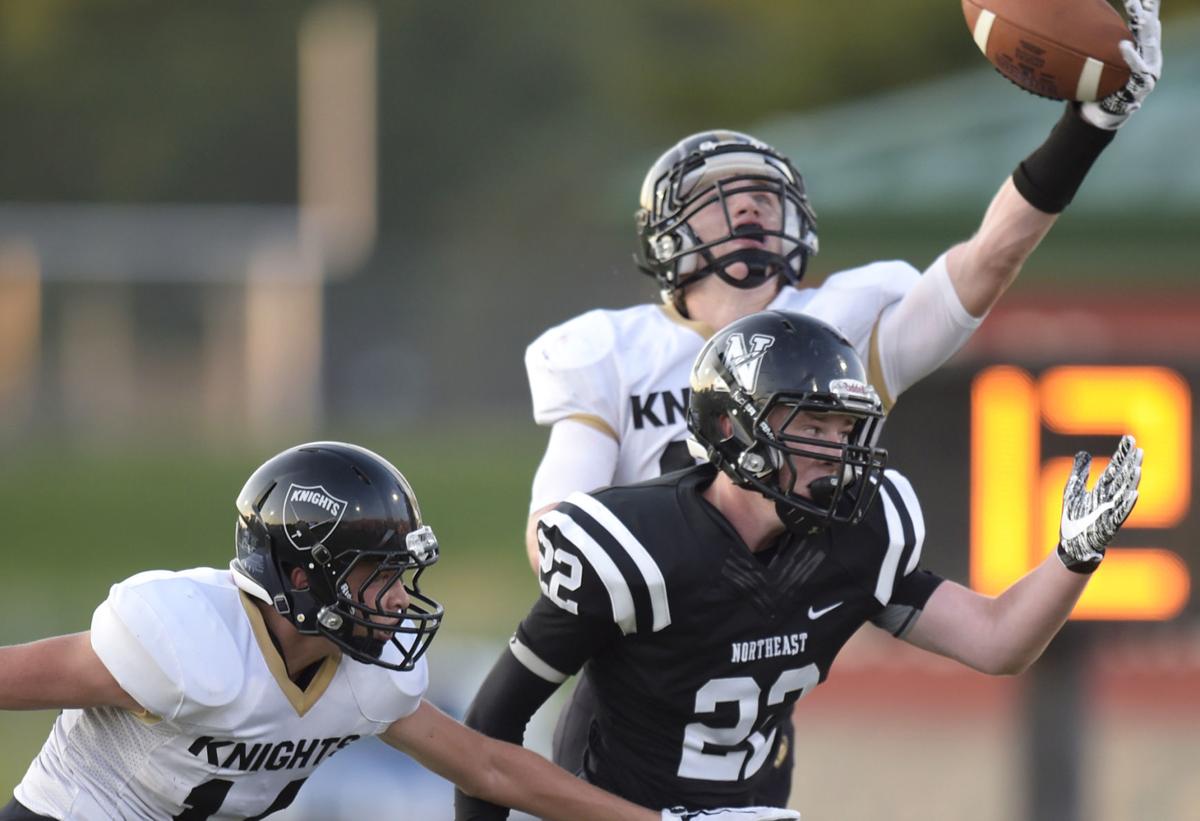 Lincoln Southeast's Isaac Gifford intercepts a pass during his sophomore season in 2017. 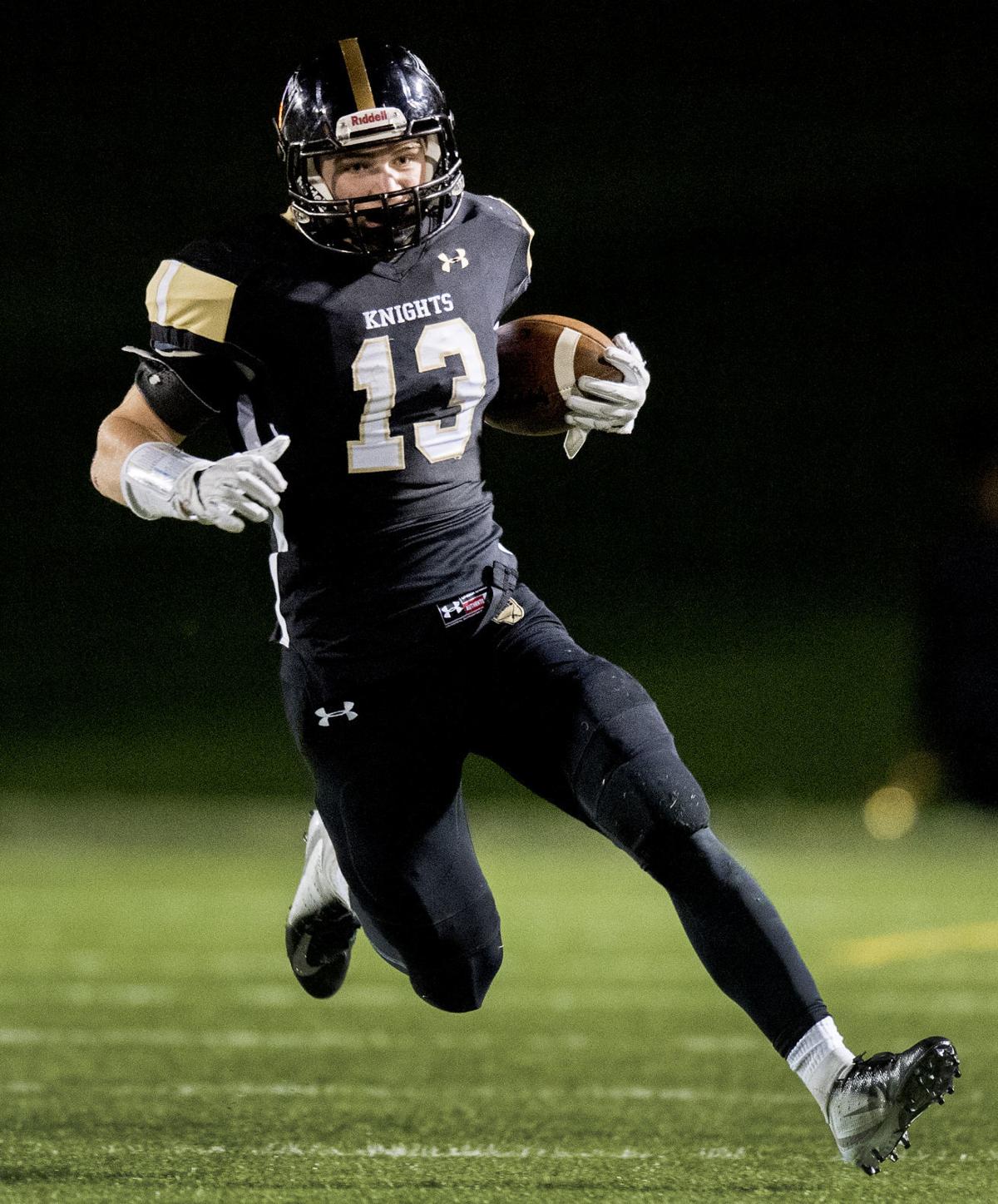 Lincoln Southeast's Isaac Gifford is one of the top college prospects in the state from the class of 2020. He has scholarship offers from Oregon State and Army.

First, the Lincoln Southeast standout is counting the days to this coming Monday, the first day of practice for Nebraska high school football. Then starts the next countdown to Aug. 29 — the season-opener at Seacrest Field against defending Class A state champion Omaha Burke.

The safety/running back also is biding his time when it comes to college recruiting. He had hoped to have a decision made before the start of his senior season, but the Division I scholarship opportunities just haven’t opened up like you might expect for one of the top three recruits in the state from the class of 2020.

“I want to take my time, take my visits and make sure I choose the right school and program,” Gifford said.

Gifford still has the scholarship offer from Oregon State that came in December of his sophomore year. He’s also picked up FBS offers from Wyoming and Army, and he says both schools stay in regular contact with him.

He also has an FCS offer from Northern Iowa.

His older brother, Luke Gifford, just finished his college career at Nebraska and is now turning heads as a free agent in the Dallas Cowboys training camp. The Huskers, however, have not made his younger brother an offer, despite some impressive numbers posted in physical testing during the offseason that showed he’s completely healed after a meniscus tear in his knee ended his junior season after seven games.

Combine that with his on-field numbers last season of 71 tackles, an interception and two fumble recoveries in seven games, and it seems like Gifford isn’t getting the FBS recruiting he probably deserves.

“I think Nebraska is having difficulty determining what position I would play there, linebacker or safety,” said Isaac Gifford, who is 2 inches shorter than his older brother. “I don’t have the height or length that Luke has, but I think I’m a little faster.”

Gifford is hoping a successful senior season will bring more Power Five interest by December. Whatever his choice is, Gifford says he intends to graduate from Southeast in December and be on campus ready to begin his college career in January.

“I talked to my parents and my (Southeast basketball) coaches about it, and I think going early (to college) is the best decision for me,” said Gifford, who played basketball this summer for both his high school team and Supreme Court AAU squad.

Gifford is one of 14 starters back from the Knights’ 7-4 team last season that reached the Class A quarterfinals of the playoffs before losing to Burke for the second time. Also returning for their senior seasons are Nebraska walk-on lineman recruit Xavier Trevino, South Dakota State wide receiver commit Isaac Appleget and last year’s leading tackler, linebacker Jackson Kraus.

A number of senior transfers expected to make an impact have raised the excitement level even higher. The Knights have added a Division I college recruit to an already physical, experienced line in 6-3, 280-pound senior Teivis Tuioti, the son of new Nebraska defensive line coach Tony Tuioti. He has scholarship offers from Army, Nevada and Idaho State.

“We’re ready to go out and put all of this hard work we’ve done in the offseason to use on the field,” Gifford said. “We’ve been pointing to this game (the opener against Omaha Burke) since the playoffs last year and it’s been our focus in every workout this summer.”

The Journal Stars' 56-page high school football preview section will include class breakdowns, area team previews, schedules for every school in the state, and a look at the top wide receivers.

Jaylon Roussell will likely find himself in the spotlight often for Omaha Burke this fall.

Meet the All-City football team chosen by the coaches.

You can take the teacher out of the classroom, but it’s a little more difficult to take the coach off the field.

A number of the seniors on Crete’s football team have been starting varsity since their sophomore season, and they’ve endured some tough lesso…

Lincoln Southeast's Isaac Gifford intercepts a pass during his sophomore season in 2017.

Lincoln Southeast's Isaac Gifford is one of the top college prospects in the state from the class of 2020. He has scholarship offers from Oregon State and Army.