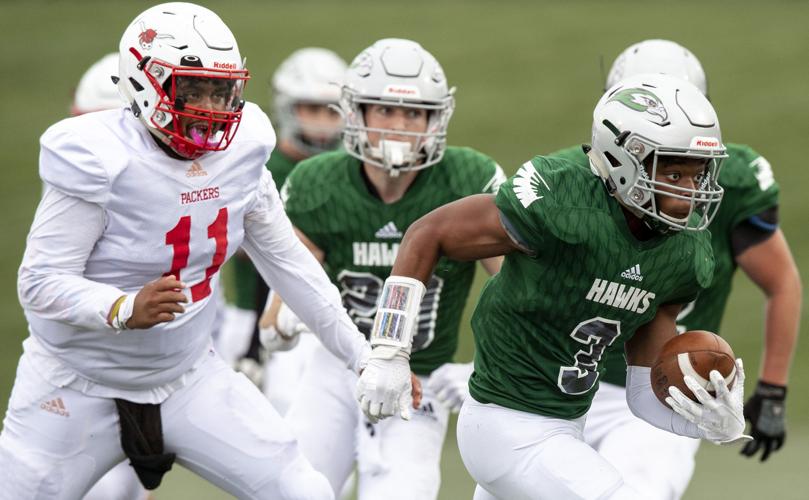 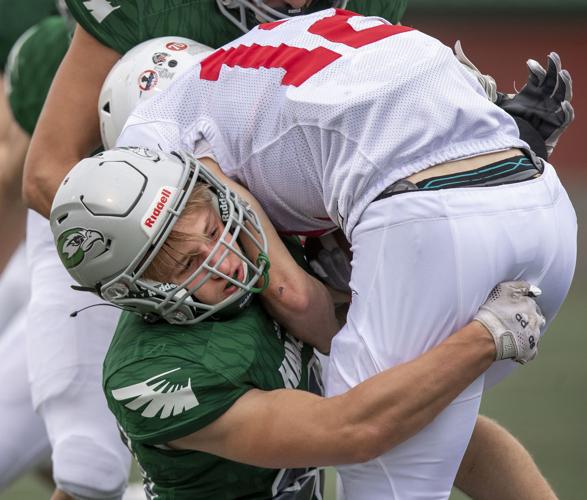 Lincoln Southwest was coming off two tough losses the past two weeks against Class A No. 5 Elkhorn South and Papillion-La Vista South.

Coach Andrew Sherman said this week was about getting right for the home stretch of the season.

"This week was all about the little things and accountability," he said. "We have not necessarily held ourselves accountable for the first couple of weeks, and so it was really a getting-back-to-detail type week."

With Lott-Buzby leading the way, Links ratchet up the physicality in city win over Rockets

The Silver Hawks put the pedal to the metal in the first half on Friday, scoring 56 points en route to a 62-16 win against Omaha South at Seacrest Field.

"I do feel like we played smarter this week," Sherman said. "We did not miss anything in the first half. … When our 1s were in, I feel like they executed at a high level."

Lincoln Southwest scored on its third play from scrimmage on a run by Cal Newell. The Silver Hawk defense forced a quick turnover before Collin Fritton scored his first touchdown of the game.

Prep football: Here's a look at the Week 6 schedule and scores

"We made some mistakes, but we also kept ourselves locked in and got the job done," Fritton said.

Omaha South kicked a field goal midway through the first quarter before the Silver Hawks scored 42 more before halftime. Fritton threw for four scores in the first half.

Despite having just a 2-4 record after a tough schedule to start the year, the pieces are still there for Lincoln Southwest.

"We have the potential to beat any team out there," Fritton said. "Our team believes it and the coaches believe it. We are ready to go."

The Silver Hawks close the season against top-10 caliber teams in Omaha Burke and Omaha Central with playoff aspirations still in mind. Next week they play Papillion-La Vista.

"We got the skill and the character for sure," Sherman said. "I know our guys' character, and they are gonna give everything they got."

High school football Week 6 is in the books. Here's all of the Journal Star's content, in one spot

Luke Mullin: It's time to consider if Noah Walters is having the best season by a Lincoln QB

On Thursday and Friday nights, Seacrest Field might as well be the set for the Noah Walters show. Is now when we remind you he's still uncommitted?

'It just feels great to be out there': A full-time Murray helps Waverly overwhelm Beatrice in top-10 clash

Cole Murray made the most of his first full game back after missing Weeks 3 and 4 with a lower leg injury — “It just feels great to be out there ... "

Behind Meneses, 'up-and-down' No. 3 Plattsmouth edges No. 9 Norris in Class B showdown

The Class B No. 3 Plattsmouth football team came to play in a road test at No. 9 Norris, coming away with a 28-21 win Friday.

Last year, the No. 1 recruit from Nebraska, Avante Dickerson, committed to Oregon: "t’s a sign that they’re a good program,” Jackson says.