The Class A No. 5 Elkhorn South football team scored on its opening drive — a 23-yard touchdown run by Will Skradis — and never relented in a 49-0 win against Lincoln Southwest on Thursday night at Seacrest Field.

“We just told our players that we were going to need to come out of the gates hard and take the first swing, and we couldn’t wait for things to get started," Rosenberg said. "I think a key, too, was our special teams. We had a ton of yards in punt returns, which set us up on a short field all night and allowed us to be really efficient and play downhill.”

No. 2 Millard South tightens screws defensively after first-half shootout to knock off No. 1 Bellevue West

'We pretty much controlled the line of scrimmage': Creighton Prep asserts itself in Class A picture by rolling LSE

The Storm’s second and third scoring drives were long and methodical, each ending in a Cole Ballard rushing touchdown. Combining their efficient offense with a defense that imposed its will in the trenches, Elkhorn South looked every bit like one of the best teams in Class A.

Elkhorn South's defense was led by defensive end Maverick Noonan, a potential FBS player who has an offer from Kansas.

“Maverick’s motor’s always running," Rosenberg said. "He’s a great practice player. Every single rep is the ultimate effort from Maverick, and that’s contagious for the other guys on our team. It’s the same thing on game night. He’s an outstanding player and his effort is unquestioned.”

Skradis was 7-for-8 throwing the ball for 164 yards. He also ran the ball seven times for 61 yards. Skradis ended with four total touchdowns: two rushing, two passing. With the win, Elkhorn South improves to 3-1 as it looks to move back into the picture at the top of Class A.

“A couple weeks ago, we got taken out to the woodshed by Millard South (a 33-7 loss on Sept. 2), and it had been a long time since that had happened to us," Rosenberg said. "We talked to our players afterwards and said, 'There's two ways this can go. It can either be the end of something great or the start of something that’s great.' And they chose the correct path. Because of that, we’ve had two outstanding wins back-to-back.”

“It’s pretty hard to beat a good team when you don’t play your best game," Sherman said. "It’s one of the worst ones I’ve been a part of here for a while. It’s not an effort thing. It’s an execution thing. We didn’t execute well tonight, and it starts with me.”

The Silver Hawks were led by quarterback Collin Fritton, who finished 7-for-12 passing for 48 yards.

From never having touched a football to a winning record: Ivan and Brice Eloume find love for football at Lincoln Northeast

The shoulder pads, the physicality and the rules were all new to the Eloume twins, who initially shied away from football.

Prep Extra Credit, 9/15: Highlighting some of the top performances in football, softball and volleyball

From a seven-touchdown game to loads of double-doubles from the volleyball court, here's a look at some notable performances from the past week.

Welcome to the Prep Extra Podcast presented by the Lincoln Journal Star.

Here's a look at the top performers in the Heartland Athletic Conference and area through Week 3:

Two-Minute Drill: Breaking down and predicting the top Week 4 games, plus Lincoln’s unique week and other notes

Luke Mullin breaks down this week's top games, including a 1-vs.-2 matchup in Class A.

Games kick off Thursday and Friday across the state.

Prep football game of the week: Behind strong running backs and defenses, ‘mirror images’ Southeast and Prep ready for Class A showdown

Each week, the Lincoln Journal Star will preview a game of the week. We're rolling with a Thursday night matchup among rated Class A teams.

It's Friday night in Nebraska. And high school football is in full swing as teams across the area and state line up for Week 4 action. 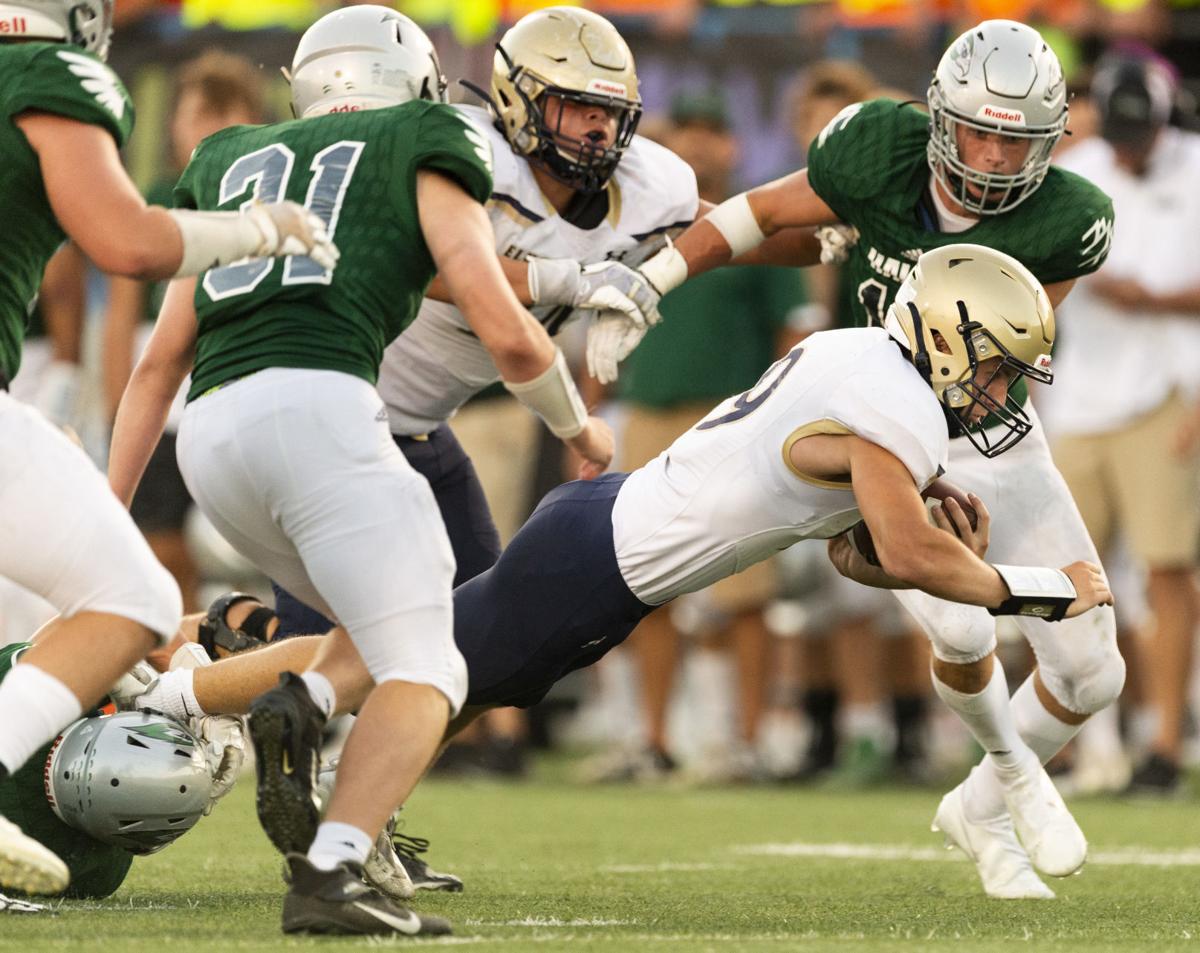 Elkhorn South's Ben Warren dives forward to get a first down against Lincoln Southwest on Thursday at Seacrest Field. 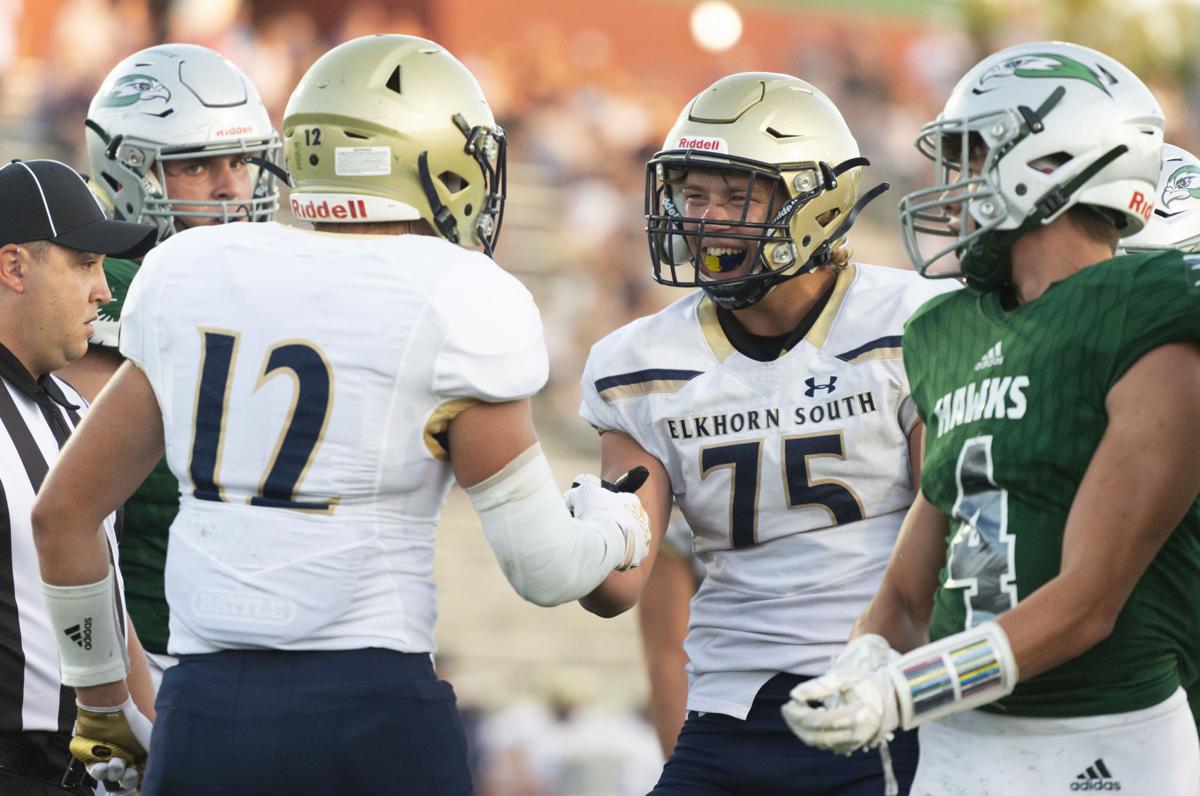 Elkhorn South's Wilke Koy (12) and Maverick Noonan (75) celebrate a touchdown in the first quarter against Lincoln Southwest on Thursday at Seacrest Field.