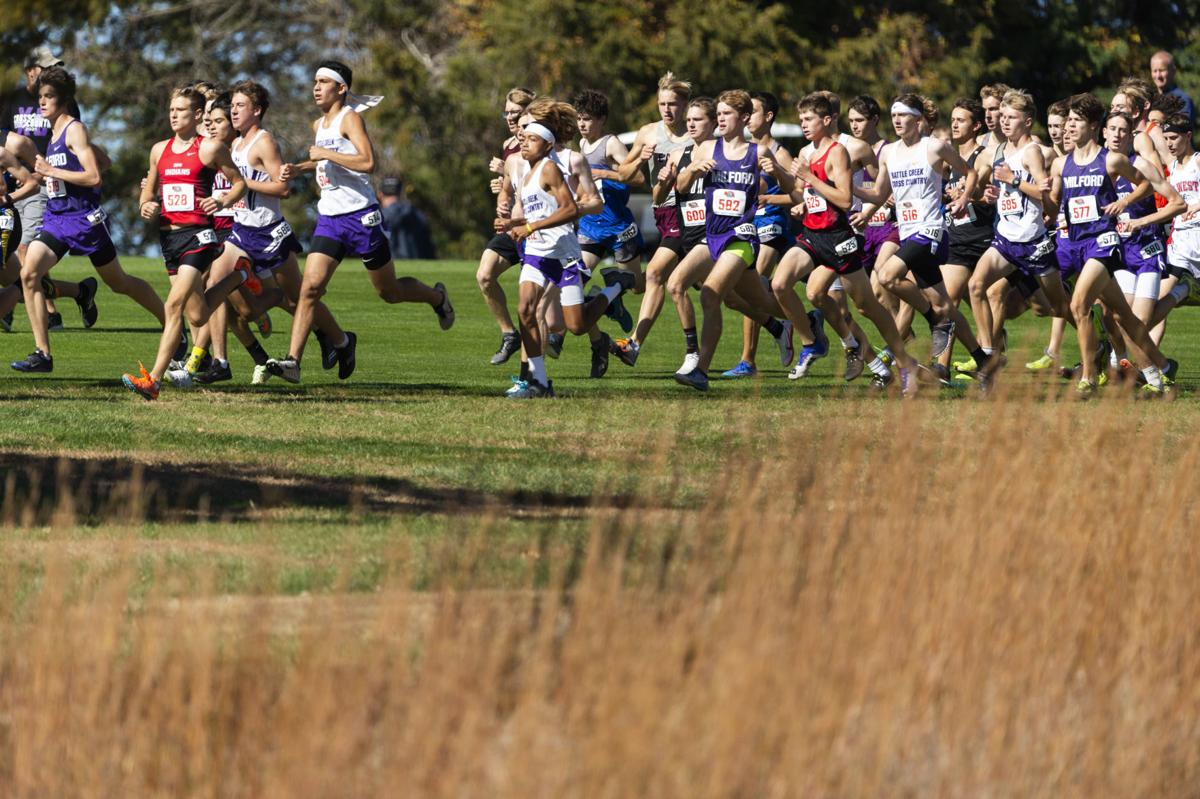 Runners in the boys Class C race round the first corner in the state cross country meet Friday at Kearney Country Club. 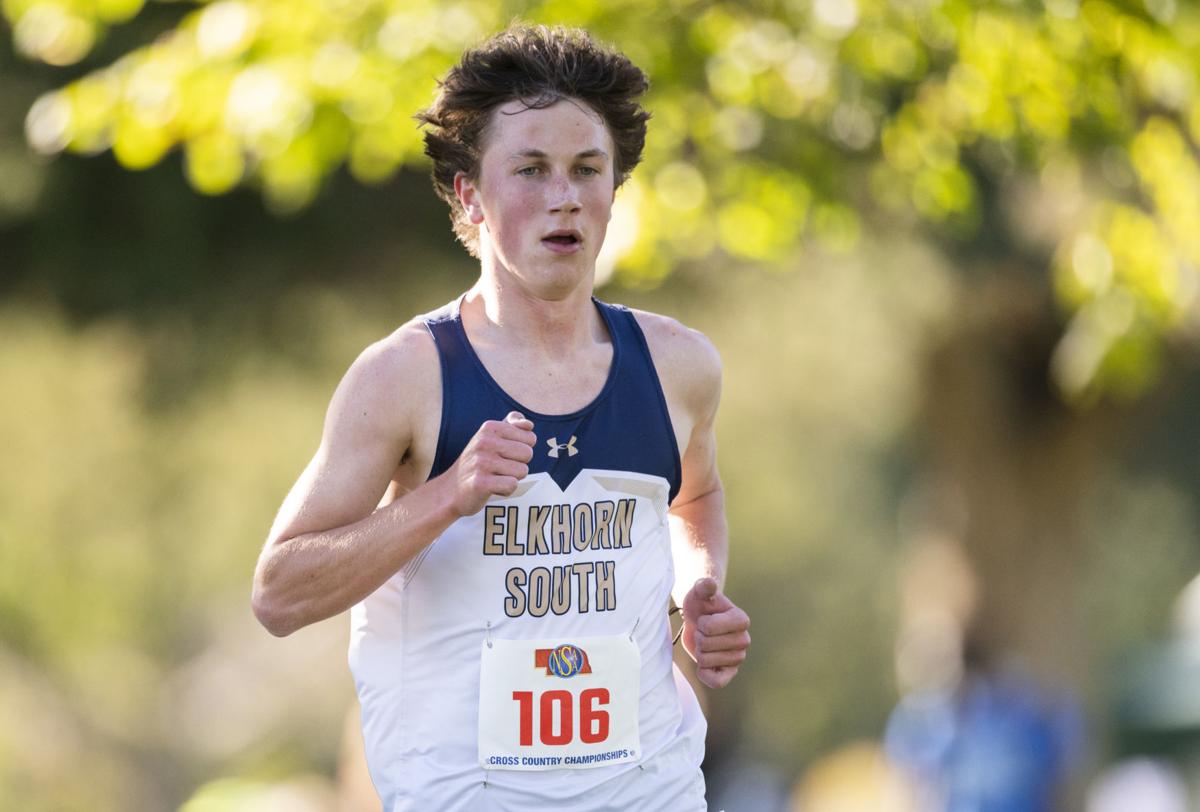 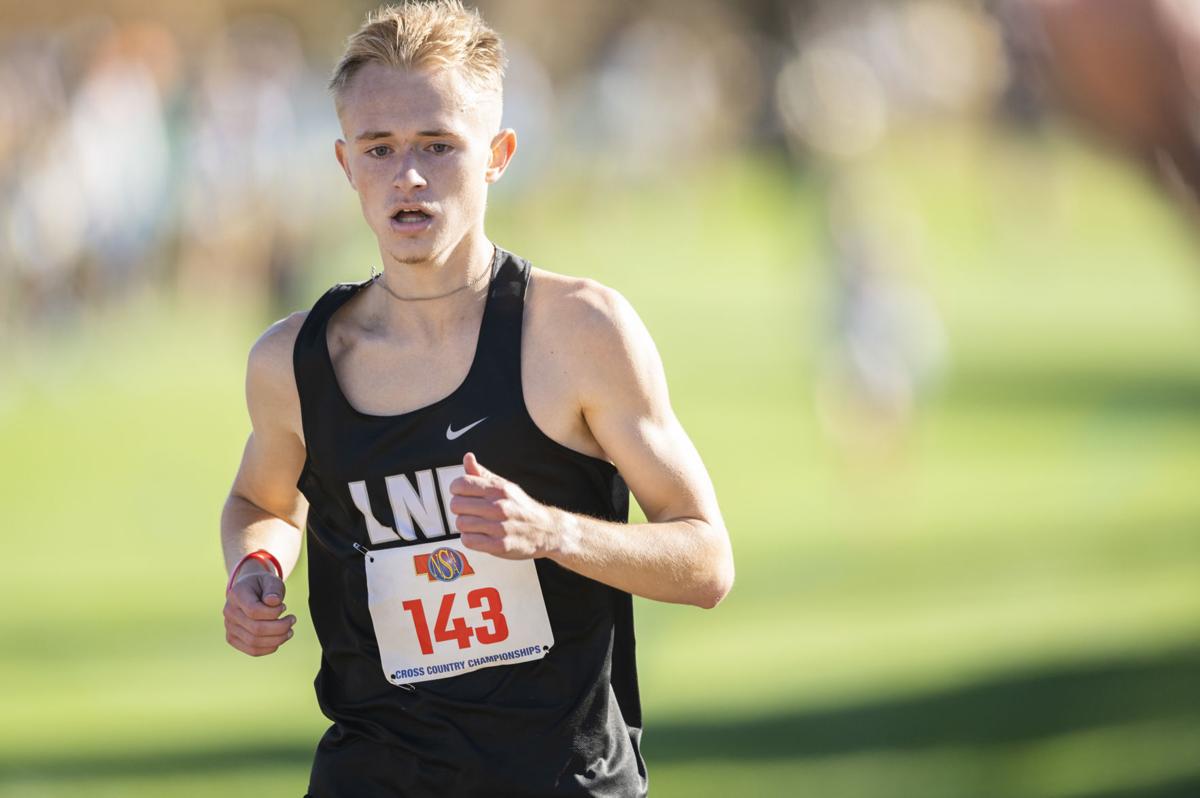 KEARNEY — The most suspense during Friday's state cross country meet came during the last of the eight races.

That’s when it would be decided who among two of the best boys distance runners in state history would leave the Kearney Country Club as the best in the state this year.

Carson Noecker from Hartington (the only boy to go sub-15 minutes this year), or Gabe Hinrichs of Elkhorn South (undefeated Class A runner)?

Early in the afternoon, Noecker set the mark to beat by running 15 minutes, 19 seconds in the Class C race. A few hours later, Hinrichs knew the time to beat to win the all-class gold medal.

And Hinrichs did that — just barely — by winning the Class A race in 15:18. Hinrichs was able to see his time on the clock while running the final 40 meters and got across the finish line just in time.

When he saw Noecker’s time he thought it was "beatable."

"I didn’t know if I was going to be able to do it in the middle part, but I was able to kick hard and do it," Hinrichs said.

Hinrichs had hoped to break the state meet record of 15:04.

“It was a tough course today,” Hinrichs said. “I was going for the record but I was happy to get the all-class gold.”

In Class C, Noecker still hasn’t been beaten in three trips to the state meet. He improved his Class C state meet record from last season by 3 seconds.

He’s done the same thing after his previous two wins at state.

“Everyone is giving their God-given best out here, and I wouldn’t want anyone else to think any less of anyone out here, first or last,” Noecker said.

The Elkhorn South senior who had an undefeated cross country season chose from a long list of some of the country's top running programs.

Runners in the boys Class C race round the first corner in the state cross country meet Friday at Kearney Country Club.