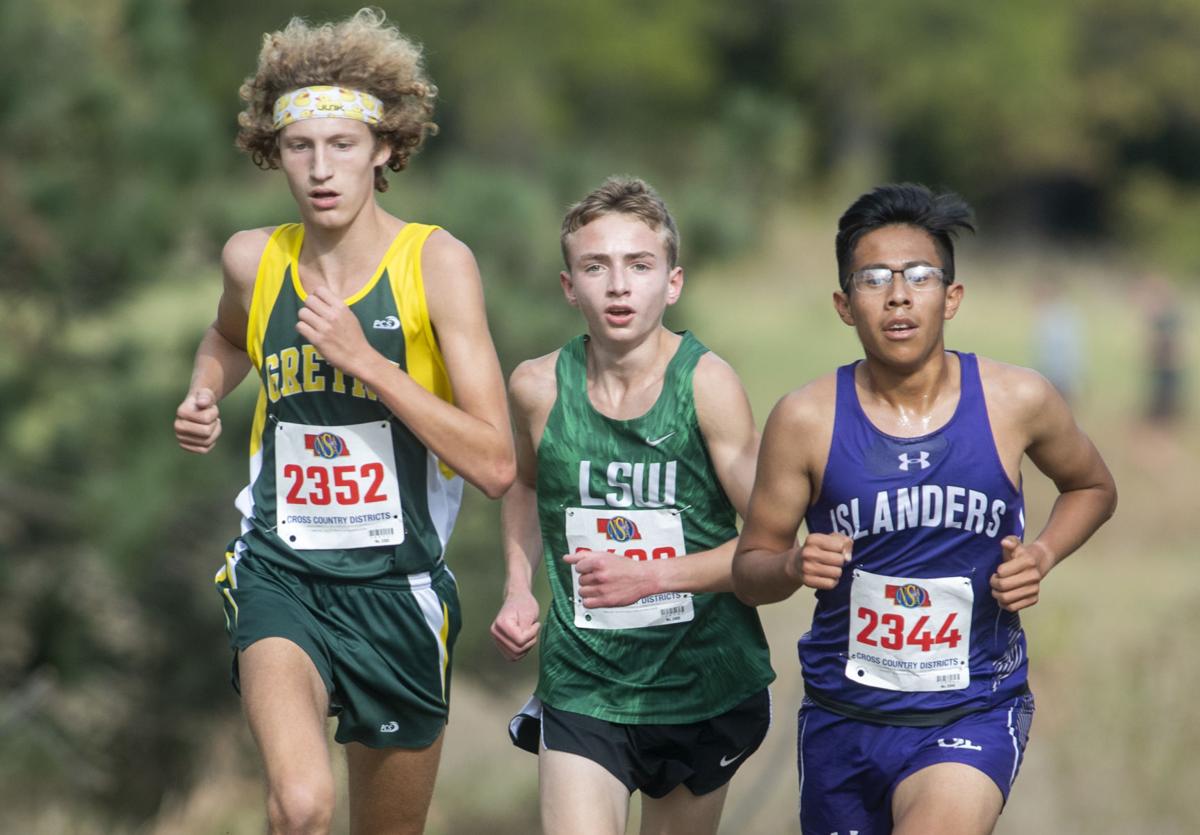 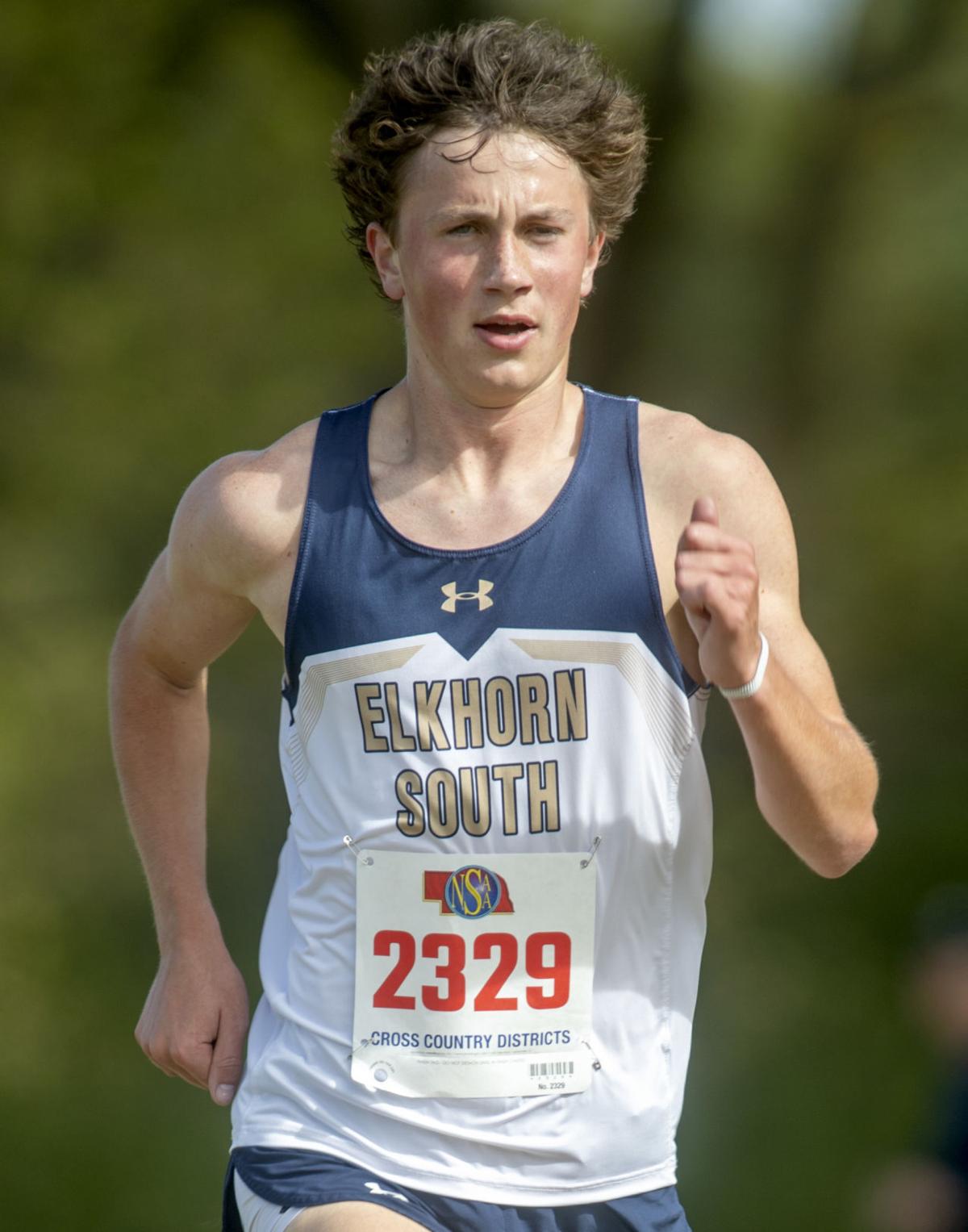 For the first time, the four Class A district cross country championships were held at the same location.

Previously, the meets were at two locations. But this year every Class A team in the state was at Pioneers Park, with eight races in the afternoon.

This may be a one-off; there already are discussions of going back to two sites next year. But this year runners and teams will head to the state meet next week in Kearney with a better idea of how they stack up with the rest of the state.

Here’s what happened when all 31 Class A programs met up on Thursday:

Best runner: Gabe Hinrichs of Elkhorn South had one of the best times ever on this course, winning his race in 15 minutes, 39 seconds. That’s faster than the 15:41 three-time state champion Liem Chot ran on this course last season.

He’s hoping to break both the state meet record (15:04) and the state record (14:56 by Seth Hirsch) next week, so he knows he has to push himself when leading a race by himself.

“If I want to get the state record, I’m going to have to do it by myself, so I got to get used to that,” Hinrichs said. “This is another practice round for that.”

“To be able to beat that by quite a bit is definitely a confidence booster, just because that course is a lot tougher than Kearney, and a lot more adrenaline will be with me when I’m at state,” Hinrichs said.

Fastest girl: Fremont senior Elli Dahl won the A-1 race in 18:30. She’s unbeaten against Nebraska competition this season, and hoping to win state for a second time.

Upsets: There was a seeding system used to place teams in the four districts, based on each team’s two fastest races of the year.

One of the only teams to pull off an “upset” was the Lincoln Southwest boys. They finished third in A-3, after being seeded fourth. The Silver Hawks edged Grand Island 63-78 for third place.

“We don’t have wild cards, or any automatic qualifying like (like track and field), so districts that’s the name of the game,” said Southwest coach Ryan Salem. “Do you want to be first or second? Yeah, but we’re third and we beat our seeds, so we’re really happy.”

A key for Southwest was Drew Bonnie, who only recent made the varsity squad, finishing 18th after another Southwest runner went out with asthma problems.

“Our sixth runner was ready to step up and be our fifth, and that was awesome,” Salem said.

Only three teams not in the top three seeds advanced to state — the Millard North girls, and Lincoln Southwest and North Platte boys.

Great recruit: The Fremont girls team is always good, and it added another great runner this year when senior Taylor McCabe went out for cross country for the first time.

Fremont coach Jake Smrcina has been trying to get McCabe out for cross country for four years.

“I think she wanted a new challenge this year. It’s been good for her,” Smrcina said. “It’s given her some adversity that the basketball court can’t bring, and a lot of that helps develop character.”

McCabe has been on the varsity squad all year. On Thursday, she was the Tigers’ fifth runner, finishing in 13th overall in her race.

Final spots at state: The district meet is different from other meets because it’s all about getting across the finish line in the top 15, because finishing in the top 15 is how you qualify for state.

The race winners are often alone at the finish, but it’s usually a real battle for that 15th spot. Norfolk junior Paige Godfrey got one of those spots, finishing 15th in the A-2 race in 21:16. If she was just 2 seconds slower, she wouldn’t have made state.

She’s going to state for the first time, and that was her way in because her team didn’t qualify. Last year she was just on the outside of making state, finishing 18th.

For most of the race, she knew what she had to do, because fans would tell her or she could hear coaches telling runners near her what place they were in.

“Through most of the race I was about 18th or 19th, and then the last 1,000 (meters) I passed some girls coming up the hill,” Godfrey said. “And then we always practice finishes, so at the end I was able to catch one girl in front of me in the last few meters and get 15th place. That felt really good, so I could qualify for state. I’ve just worked so hard for the whole season and I knew I really wanted to qualify.”

Best team score: The Millard West boys won A-1 with a remarkable score of 25. Millard West loves to run as a pack, with its five scoring runners finishing one after another in third through seventh. The Wildcats’ seven runners were separated by just 9 seconds.

Widest margin of victory: Elkhorn South junior Jaci Sievers won the A-3 race by 69 seconds in 18:42.

Photos: The sights from Pioneers Park, where the city's best vie for district cross country titles

A look at Thursday's results from the course.

“I’ve been in that situation before and it really does suck,” Brandon Schutt said of his decision to help a fellow runner to the finish line.