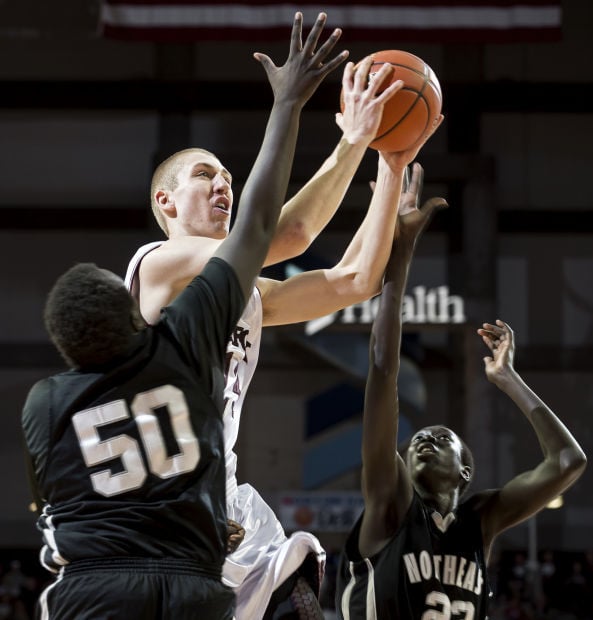 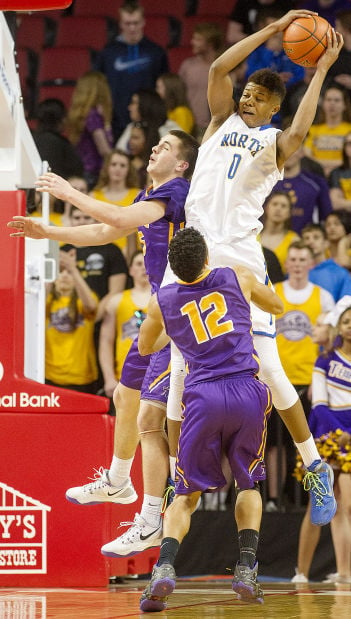 Omaha North's Justin Patton (0) pulls in the rebound ahead of Bellevue West's Malik Hluchoweckyj (12) and Jadyn Kowalski (left) in the first half during a Class A boys state tournament first-round game at Pinnacle Bank Arena on Thursday, March 12, 2015. 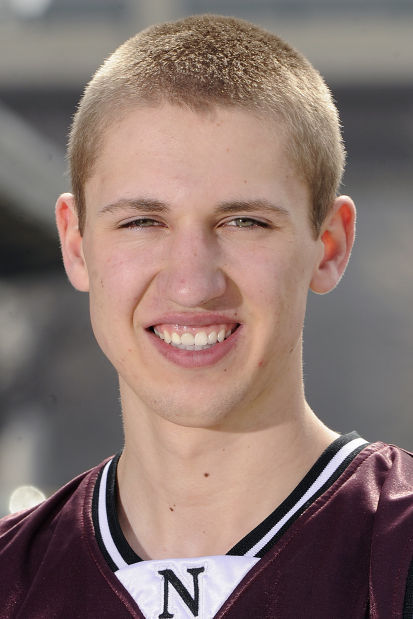 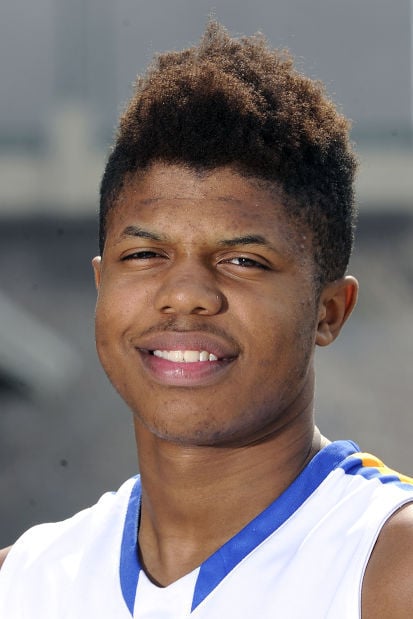 Ball-handling wizardry is expected from guards. Centers and forwards are supposed to rebound and block shots.

Those skills are in abundance on the Lincoln Journal Star 2015 Super-State team, but not necessarily from the usual suspects.

Guards Johnny Trueblood of Elkhorn South and Drew Homa of Creighton Prep both said their competitiveness would set them apart. Malik Hluchoweckyj of Bellevue West, a repeat first-team Super-Stater, cited his self-assurance. Homa is the only junior in the group.

"You don't see the taller, 6-6-plus guys bringing the ball up the court much," said Hagedorn, who is the honorary captain of the squad and Nebraska's Gatorade player of the year. "That's something different that I did. When I was younger, playing elementary and club ball, they put me in the middle.

"But I always had an urge to play on the outside, the wing. It took a lot of hard work to get that ball handling where I wanted it."

Norfolk coach Ben Ries said Hagedorn, who is headed to South Dakota to play college ball, made improvements in nearly every phase of the game.

"His versatility has always been what sets him apart. He's always been a really good shooter and his ability to get to the basket and his post game came along," Ries said. "He led us in scoring, rebounding and blocks and was second in assists and steals. He set our career record in rebounds and blocks."

Aside from the obvious fact Patton is head-and-shoulders taller than others on the court, what does he say would distinguish him from the rest?

"I'm the one with the rough hair," he said with a laugh. "But it would probably be my dribbling. When I was a freshman, I was 6-1 or 6-2 and I played all positions. I was still the biggest one, along with my twin brother, Kendall, and we got put inside a lot. But I'd just be dribbling everywhere."

Tall and lean, Patton had to put up with double- and triple teams on a regular basis, according to Viking coach Jared Anderson.

"Everybody's whole game plan was to keep him away from the rim," Anderson said of Creighton-bound Patton. "He really learned to handle himself better inside. Last year, he would block the ball in their hands and often get a foul. He worked on waiting for them to release it because I told him we could live with a goal-tending call but we couldn't have the fouls."

Trueblood and Homa flourished in slight role changes as both counted on slashing to the basket more. Hluchoweckyj relied on improved passing and defense.

"People can tell how competitive I am. I always want to keep attacking," said Trueblood. "I started distributing a lot more toward the end of the season and we really came on. It's all about the feel of it and trusting your teammates."

Elkhorn South coach Alex Bahe said Trueblood was recruited by Tim Miles as a preferred walk-on for the Huskers.

"He was our floor leader because he instills confidence in other guys," Bahe said. "Early on, we often got caught standing around and watching Johnny. But he forces his teammates to be mentally engaged. They had to be ready for a pass."

Both Trueblood and Homa sparked their teams to state championships.

"I'm much more intense when I'm playing basketball than I am off the court," Homa said. "I'm generally pretty laid back. Even in warmups, I'll be joking around and laughing, but once it's game time, I'm ready."

Prep coach Josh Luedtke knew he could count on that.

"His drive leads to his competitiveness and he wants to win more than anybody," said Luedtke. "He's more physical than the last two years. It isn't always easy for a junior to take a leadership role, but the kids love Drew because they know how hard he works and how committed he is to the school and the program."

Hluchoweckyj led his Thunderbirds to the Class A title last year.

"The best thing about my game is my confidence. I think I can probably make any shot," he said. "My confidence is at an all-time high. It helps me and lets me help my team."

Bellevue West coach Doug Woodard said Hluchoweckyj's presence alone contributed to five players averaging between 9.8 and the 15.6 by Hluchoweckyj, who is headed to Bowling Green.

"Our other players were open for shot attempt possibilities because of the threat he presented," said Woodard. "Rather than try to force it and try to score 25 points, he was content to spread the ball around.

"He is so remarkably athletic and has such outstanding body control, guys think they're going to take a charge and all of a sudden, he's gone right by them."

The conductors and the players that drove their respective teams this past season. Meet the Journal Star's Super-State basketball teams.

Ex-Louisville guard Gill wants chance to prove himself at NU

Anton Gill just wants a chance to prove himself and showcase his abilities.

Norfolk, the only undefeated team in the state, will take on Lincoln Northeast on Thursday at the boys state basketball tournament.

It seems it's just as easy to second-guess Justin Patton as it is to find the 6-foot-11 Omaha North senior.

Omaha North's Justin Patton (0) pulls in the rebound ahead of Bellevue West's Malik Hluchoweckyj (12) and Jadyn Kowalski (left) in the first half during a Class A boys state tournament first-round game at Pinnacle Bank Arena on Thursday, March 12, 2015.