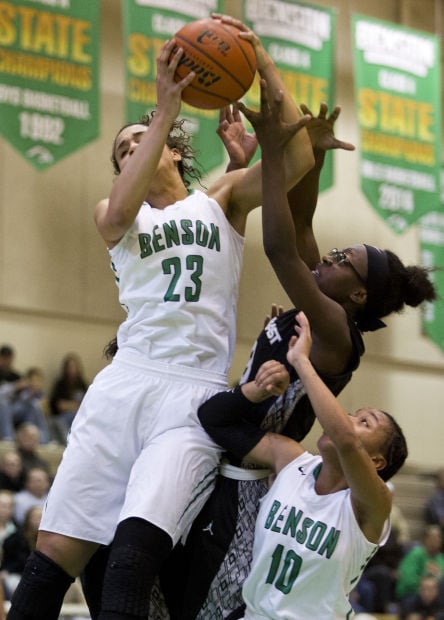 Omaha Benson's Kianna Ibis (23) pulls down a rebound in front of Lincoln Northeast's Nigeria Jones and Benson's Kanesha Plater (10) on Jan. 31 at Omaha Benson. Ibis suffered a knee injury in the fourth quarter. 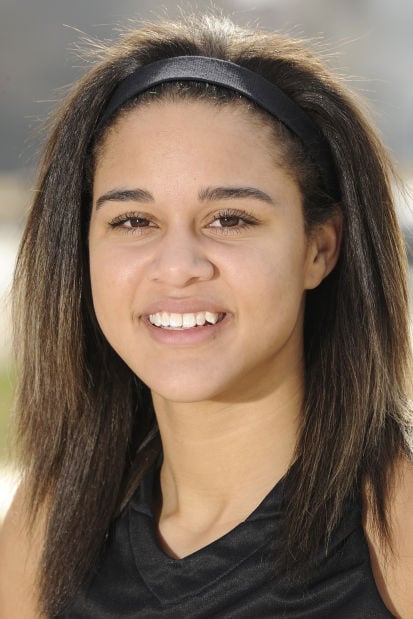 With the addition of 6-2 senior Simone Goods, the left-handed Ibis was able to move to the perimeter and play the forward spot she’ll like occupy at Arizona State next season. Ibis’ defense, a mainstay on Benson’s 2014 state championship team, was still prevalent as she blocked 29 shots and registered 38 steals in the 17 games she played before her season-ending ACL injury. This was Ibis’ second straight season as a first-team Super-Stater and the third time she’s been selected all-state.

Coach’s view: “The biggest improvement she made was the diversity in her game. Kianna was not just a post player and shot blocker this season, she was a multi-talented player who could play defense out on the floor, handle the ball against pressure and shoot medium and long-range jump shots as well as drive it to the basket.” — Omaha Benson co-coach Pat Holston.

Click through the slideshow to view profiles on the Journal Star's first team Super-State boys and girls basketball teams.

Omaha Benson's Kianna Ibis (23) pulls down a rebound in front of Lincoln Northeast's Nigeria Jones and Benson's Kanesha Plater (10) on Jan. 31 at Omaha Benson. Ibis suffered a knee injury in the fourth quarter.