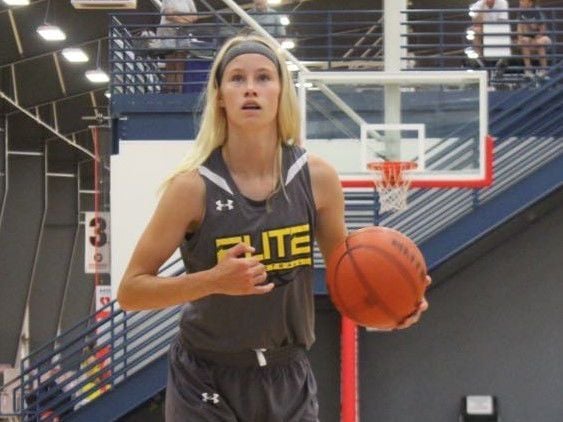 Britt Prince, who will attend Elkhorn North starting in the fall, received an offer from Creighton in June. She's also receiving interest from Nebraska. 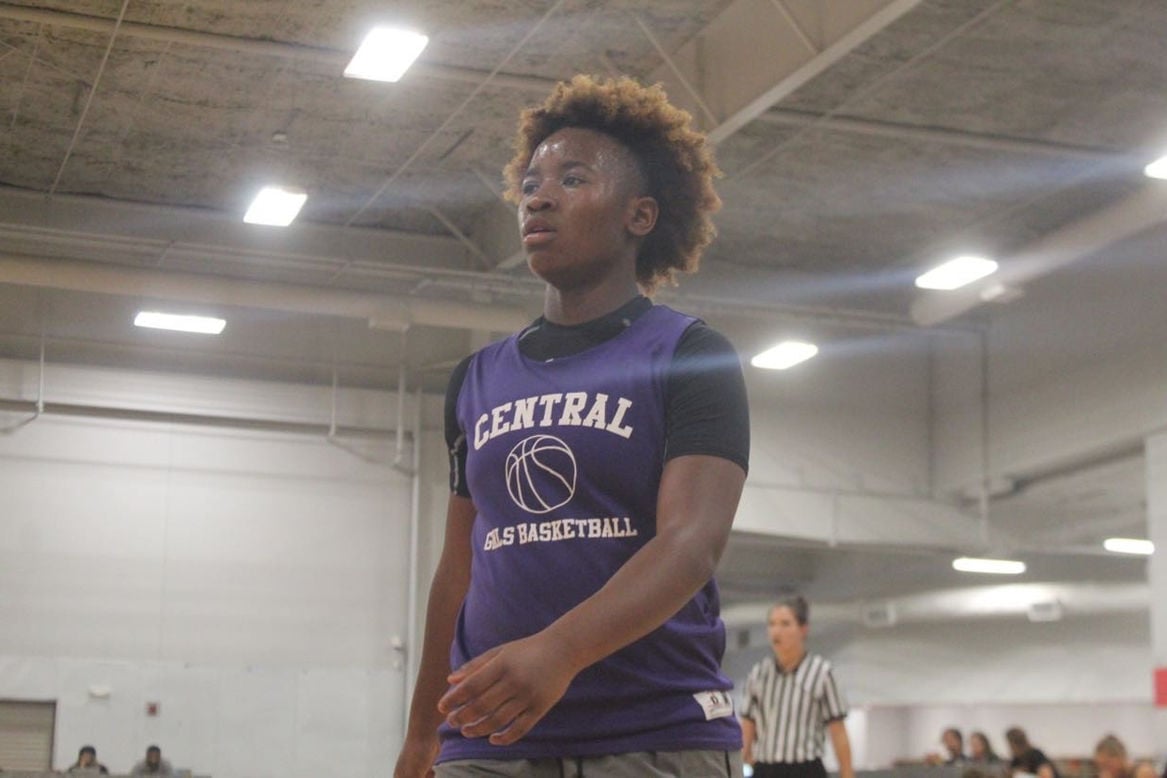 Inia Jones, who will attend Omaha Central, received a Division I offer from Omaha during the summer.

Britt Prince and Inia Jones have a lot in common when it comes to basketball.

Both are seasoned point guards. They'll be official high school freshmen in a few weeks. Both play AAU ball — Prince plays for Elite and Jones is on Nebraska Hoops Elite. Both received Division I offers this summer, and both had similar reactions to moments they’ll never forget.

Prince, who will attend Elkhorn North, was in tears after receiving an offer, her first, from Creighton coach Jim Flanery in June.

With late start, girls basketball coaches are taking a 'less is more' approach to summer work in the gym

Not long after, Jones, who will attend Omaha Central, felt similar emotions after Omaha extended an offer, her first.

“I was shocked. I’m going to be honest, when I was on the call, I had no idea,” Jones said. “I was so in the moment, it was my first Zoom call with a coach ever, so I was shocked. It hit me, and I’m not going to lie, I broke down crying.”

The state of Nebraska has produced a steady crop of standout floor generals in recent years.

McKenna Sims was a Super-State honorary captain two years ago at South Sioux City, and Maddie Krull is headed to South Dakota after a standout four years at Millard South. Humphrey St. Francis’ Allison Weidner (a Nebraska recruit), and Lincoln Pius X’s Jillian Aschoff, both seniors, are dynamic with the ball in their hands.

Now enter Jones and Prince. They have yet to step onto a high school basketball court, but are amassing a lot of attention during the summer club season.

It won’t take long to see why Prince is attracting Division I interest at a young age. She stands at 5-foot-10, is versatile and can shoot. She’s also extremely athletic.

Prince plans to run cross country and track in high school — she finished second in the 400 meters at a middle school state meet — and also plays club softball for Nebraska Gold.

Prince’s size and versatility make her a natural at the one, two or three spots, said Ann Prince, Britt’s mother and coach at Elkhorn North. Prince is quick enough to defend point guards, but also has the size to guard post players.

Prince, who plays for Elite’s eighth grade team, is the youngest player to be offered a scholarship by Flanery.

“It felt amazing, and I was so happy to see my hard working paying off,” Prince said of the offer. “It’s really motivating, just to keep working hard and never settle and keep getting better.”

Prince, who also has heard from Nebraska, Louisville and South Dakota, thinks the Creighton coaches were amazing, fun and gave her the feeling of being wanted.

“Playing college basketball has always been a huge goal of hers, and I think to have a coaching staff that believes that much in you at this age, that meant a lot,” Ann Prince said.

Jones, meanwhile, is playing for Elite’s 17U team and has talked to Minnesota, Wichita State and UMKC. She also has camp invites to LSU and Marquette.

The 5-6 point guard is a strong ballhandler and facilitator. The Omaha offer only motivates Jones to work harder, she said.

“It’s very surreal,” she said. “It was a lot to take in because I know a lot of people don’t have that kind of opportunity and they also have a lot of talent. For me, I don’t take nothing for granted, so when I got that offer I was, ‘It’s time to keep going. I can’t stop here.’”

Jones and Prince each said the early offers will not change their approach to recruiting or timetables. Both are focused on getting started in high school.

Prince will get a chance to run point for the very first girls basketball team at Elkhorn North, which is set to open its doors this fall.

“It feels really great because we get to start our own program and we get to set the foundation for what Elkhorn North will be,” she said.

“I’m always thinking about the future, but I take things step by step,” she said. “I’m worried about my high school season. I’m not going to worry about anything else, I’ve got to get this done first.”

The pandemic has created a lot of anxiousness for uncommitted recruits. Starting this week, area players will have a chance to garner interest.

Jillian Aschoff is talented enough to play at the next level. But the pandemic is making it more difficult to attract college evaluators.

"I was like, 'Yeah, I can do that." Iowa wanted a shooter to complete its 2022 class, and it got the best one in the state of Nebraska.

Zach Pittman's plan was to keep pace with the lead group, and make his move with about 800 meters left. That's about what happened.

Kendall Coley (Minnesota) and Humphrey SF's Allison Weidner are the two future Huskers ranked within the top 100 on the list.

Britt Prince, who will attend Elkhorn North starting in the fall, received an offer from Creighton in June. She's also receiving interest from Nebraska.

Inia Jones, who will attend Omaha Central, received a Division I offer from Omaha during the summer.