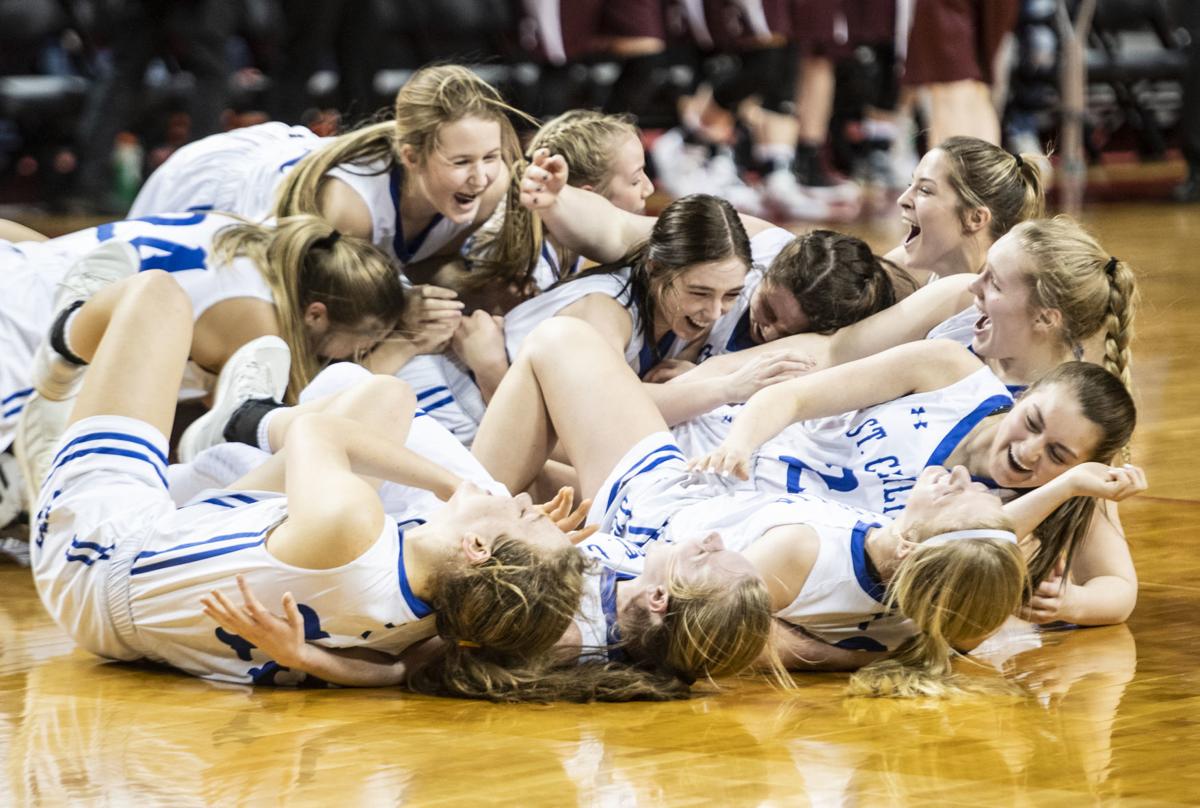 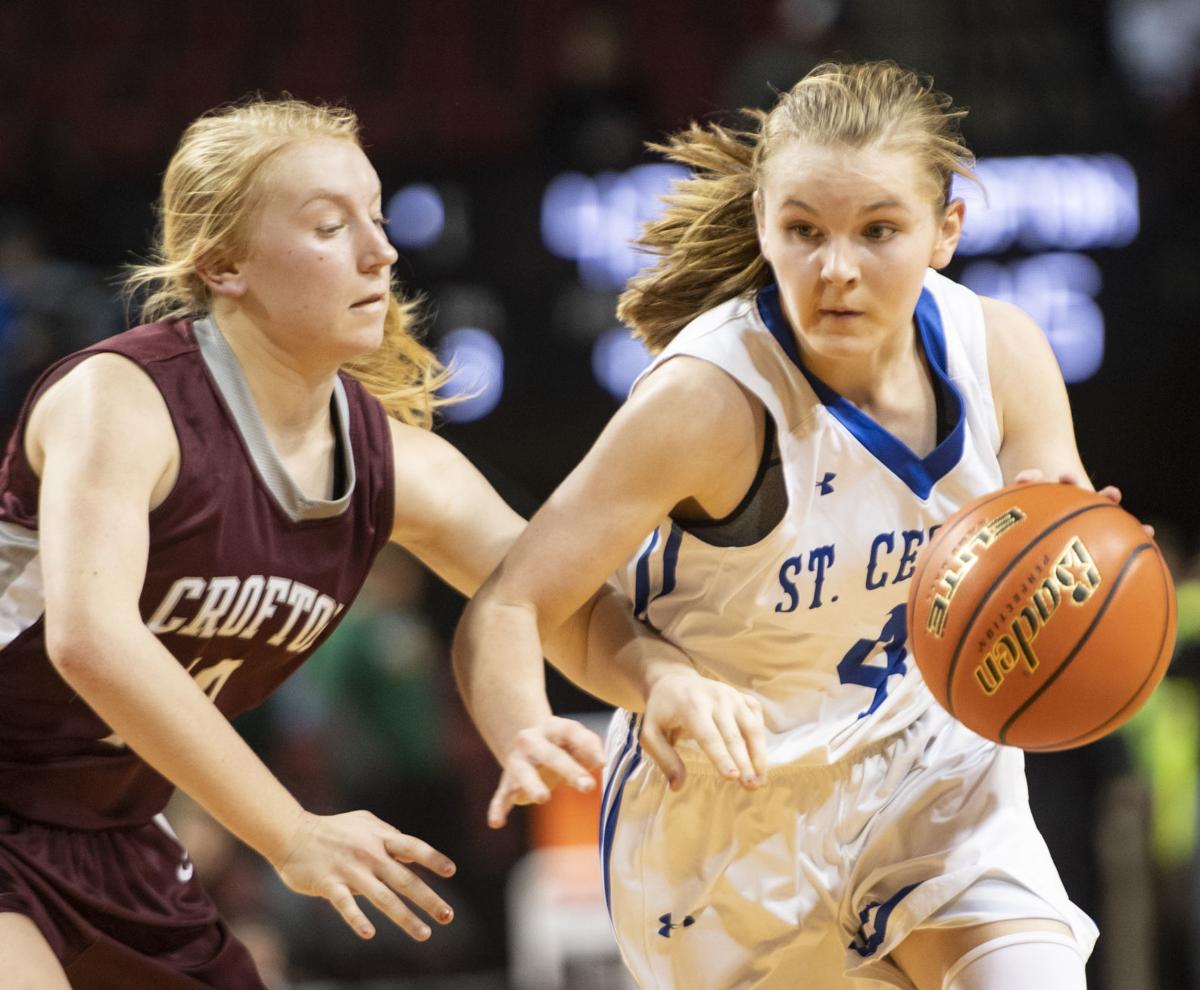 Run ladders during the season and you get to climb them to cut down the nets for a state championship.

"We run ladders all the time, over and over," said St. Cecilia senior Lexi Vertin, who scored 17 points to lead the Hawkettes to a 63-45 victory over Crofton on Saturday in the Class C-2 state tournament final at Pinnacle Bank Arena.

"I think ladders was a big difference for us," Vertin said.

Crofton chopped a 17-point Hawkette lead to 49-45 with 4:20 left. But St. Cecilia scored the final 14 points of the game and Losing said fatigue was a factor.

"I think once we got close and they hit a three (by Makenna Asher with 3:55 left) fatigue set in for us and usually that's the other team that we wear out," he said.

Crofton, which counted on sophomore Lacey Sprakel for 15 points, nine rebounds and three blocked shots, missed its final 10 shots and lost three turnovers after cutting the lead to four points.

"Hastings St. Cecilia has size and came out so hot with nine threes (5 of 7 in the first half) it was hard to control," Losing said. "If they shoot 35 or 40 percent like normal humans, we're probably not behind so far."

But Makenna Asher hit 5 of 6 three-point shots including one in the fourth quarter to spark the sprint to the finish.

"They're a good three-point shooting team and that stretched our defense out," Sprakel said. "They guarded me really well and they were strong inside all day. They were really tough."

"We wanted to end that streak and we wanted to be the aggressor today," he said. "Crofton is usually the aggressive team. You can see that in the game films. But I think we stretched them out a bit and played some good offense.

"I tell the girls, offense is your end and defense is my end and I think the girls believed in themselves."

Vertin, who battled back from a concussion in midseason, averaged just over nine points a game this season. But the Husker track recruit scored 21, 19 and 17 points in the three state tournament games.

"We played like a team and we believed in ourselves," she said. "When the game got close, I could see we were a little speeded up and maybe a little scared. It was up to us seniors to settle things down and get back to where we wanted to be."

Vertin said the Hawkettes faced a similar scenario in the semifinals when Oakland-Craig overcame a 17-point HSC lead to force overtime. The game was decided when the Hawkettes forced a turnover with less than a second left.

The girls state tournament is Thursday-Saturday in Lincoln.

That Crofton earned a spot in the Class C-2 girls state basketball tournament is no surprise.

So many big plays and so many big names, and yet, seldom-used sophomore Jenna Esch made the most important play of the game.

Clark Grell: The signs were there that Neumann was in store for a special finish

The signs pointed to this maybe being Bishop Neumann’s day at the girls state basketball tournament.

All-tournament selections for the six classes.

Millard North girls basketball coach David Diehl said he sees some crazy shots from one his stars, Nicole Avila-Ambrosi, on a regular basis.

The scene: Seventh-grade club teammates made it to state tournament with six different schools

It was a pretty good girls state basketball tournament for the Lincoln teams.

Hallie Reeves closed her high school career by scoring 20 points in leading No. 1 Wahoo to a 46-24 win against No. 3 Mitchell in the Class C-1…