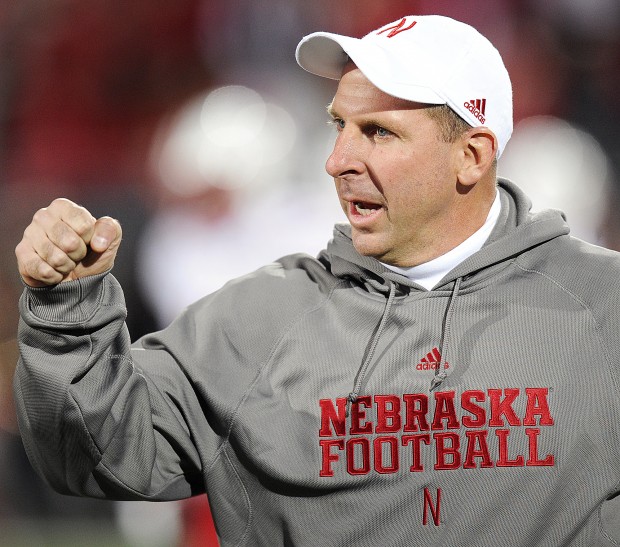 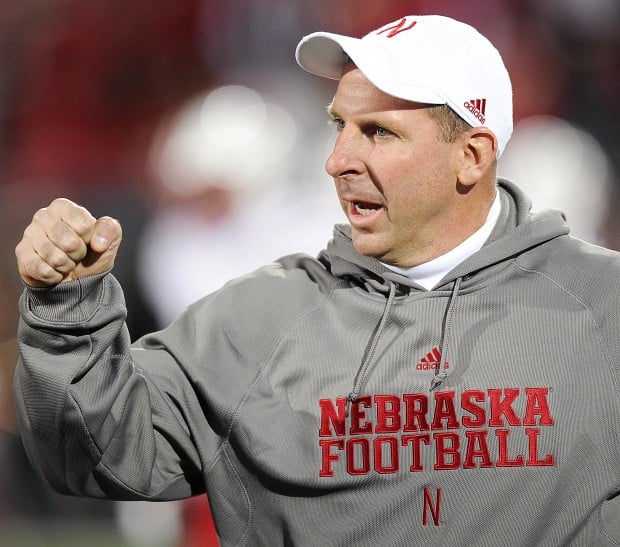 Nebraska coach Bo Pelini will have a talented Husker offense this season, but will inexperience on defense cost the team?

Tom Osborne uttered a statement late in the 1994 season that might resonate with whoever happens to be leading the Nebraska football program.

"I've never felt very comfortable here," he said. "I felt when I took over for Bob (Devaney after the 1972 season) that it would be uphill. I thought it would be difficult to last more than five years."

Osborne often has said he almost didn't see a fifth year at Nebraska, such was the heat on him at the end of the 1976 season.

Devaney felt significant heat in 1968 at the tail end of his second straight 6-4 season. At that point, he was in the seventh of 11 seasons as Husker coach.

History shows it's a good thing for Nebraska that Osborne and Devaney avoided the chopping block.

Following a 12-0 loss to Kansas State in November of 1968, Devaney quipped famously, "I know the fans are with me, win or tie."

Hope Bo Pelini also has a good sense of humor.

Nebraska is a wonderfully unique program in several ways. But it's like most other programs in that many Husker fans will turn quickly on a coach during a rough patch.

In the wake of Saturday night's 63-38 loss at Ohio State -- Nebraska's fourth lopsided road loss in the past year -- everybody with a keyboard is offering suggestions on how Pelini, the fifth-year Nebraska coach, can right his ship.

More than a few suggestions are accompanied by curse words.

If you're expecting me to preach patience to Nebraska football fans, forget it. It would be an exercise in futility.

Instead I'll refer to history.

I'll refer to a thought-provoking bit of Osborne lore.

Hindsight shows it was a monumental victory in the program's history.

"That evening, one of the regents got me aside and said, 'I'm glad you won tonight because if you hadn't, you would've been fired,'" Osborne has said.

Yeah, fired despite winning 76 percent of the time.

Probably always will be.

Osborne again felt heat from fans at the end of the 1978 season, enough that he nearly accepted an offer to become Colorado's head coach. A key factor in his decision to stay at Nebraska was his comfort with Devaney, the athletic director at the time.

Devaney understood Osborne's plight, having survived those 6-4 seasons in 1967 and 1968.

Nobody's suggesting Pelini, 43-18 at Nebraska, is on the hot seat. But it seems many fans are edgy. And let's face it, fan discontent can spread quickly and significantly impact a program.

Fan discontent can manifest itself in not-so-obvious ways. In 1978, according to Husker historian Mike Babcock, Osborne experienced problems selling his weekly television show to sponsors in Omaha, a crucial recruiting area.

Fan discontent also can be glaringly apparent. In 1967, Nebraska lost to Oklahoma in Lincoln before a crowd of fewer than 60,000 -- more than 4,000 short of capacity.

When Bill Callahan was fired in 2007, the Nebraska administration's concern about empty seats was a leading factor. That hasn't been an issue for Pelini.

I'm not smart enough to dole out suggestions for how Pelini can improve his program. I will note, however, that both Devaney and Osborne made key changes that led to improvement.

After assessing the 1968 season, Devaney turned to Osborne, the offensive ends coach at the time, to redesign the offense. Positive results were almost immediate.

In the late 1970s, Osborne decided to recruit quarterbacks who could run, the evolution really taking hold in 1979. In 1980, the Huskers recruited Turner Gill of Fort Worth, Texas. He finished 28-2 as NU's starter, including 20-0 in the conference.

Does Pelini feel the need to make significant systemic adjustments? His recent teams have lost by large margins even with decent talent. Are there underlying issues?

It feels like a crucial time in Pelini's tenure at Nebraska. There's increasing pressure and scrutiny. There's a new boss in town. There's discomfort. Goes with the territory, as Osborne and Devaney would attest.

Eichorst introduces himself to Husker Nation

His name had been out there for five days, but soon-to-be new Husker athletic director Shawn Eichorst was introduced to the state for the first time in the flesh on Tuesday.

Pelini: Huskers have been 'brutally honest' in critiquing themselves

Husker football coach Bo Pelini said his team is looking to use the bye week after Saturday's blowout loss to Ohio State to its advantage, acknowledging there is a lot of work to be done.

Each week Husker Extra takes a look at athletes who have committed to or are being recruited by Nebraska.

Saturday's loss evoked images of Nebraska falling apart in the second half of the Capitol One Bowl. It made you flash back to lopsided losses last season at Michigan and Wisconsin, Steven M. Sipple writes.

Huskers routed in the Horseshoe

Braxton Miller and Ohio State had their way with the Nebraska defense on a Saturday night before the largest crowd ever at Ohio Stadium.

Nebraska coach Bo Pelini will have a talented Husker offense this season, but will inexperience on defense cost the team?