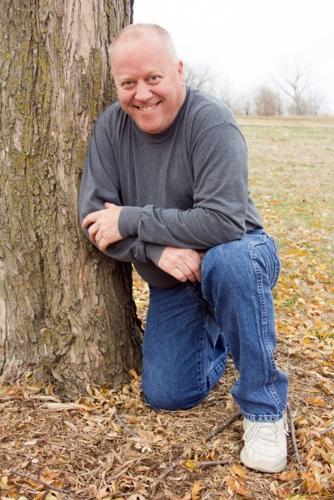 Mike Carnes, author of "Call Me A Survivor." 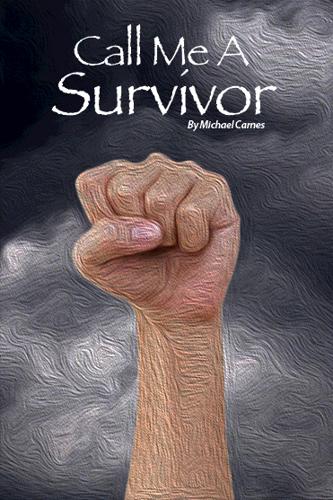 "Call Me A Survivor" by Mike Carnes

He stood on the banks of the Missouri River in South Sioux City.

Two steps and it would be over. Decades after he was sexually assaulted as a 9-year-old, Mike Carnes decided to make a difference.

“I’m a survivor,” said Carnes, sports editor and managing editor of the Wayne Herald. “I have a daughter, friends, and I decided I was not going to die as a victim and was not going to make them victims, too.”

If you follow high school wrestling in Nebraska, Carnes is probably well known to you. He started Nebraska Wrestling Illustrated, flooded newspapers (even this one) with demands for more coverage and is the wrestling voice for more than a dozen radio stations during the annual state tournament.

He’s bounced around from the Milford Times, Gretna Guide and News, Papillion Times and Norfolk Daily News to the Keith County News and now Wayne. Mike won plenty of awards for his writing and for his work for high school wrestling. He’s one of us — an ink-stained wretch, used to 60-, 70-, 80-hour weeks, all for the joy of covering sports, writing stories and working for newspapers.

Unlike a lot of us, he’s published his most important story, “Call Me A Survivor”, available at Amazon.com.

He gives a voice to those who reacted to the Jerry Sandusky scandal and the Penn State mess with the line, “What about the kids?” While others worried about the future of Nittany Lions football, and the trials of former UNL Chancellor Graham Spanier, among others, Carnes knew the kids were the ones facing trials the rest of their lives.

“If one book leads to one person finding help and finding an answer without having to think about suicide, then this is worth it,” Carnes said. “The numbers say one in four girls and one in six boys is sexually assaulted before adulthood. A lot of people stereotype and figure it’s only girls, but that’s not correct.

“And if you grow up like I did, you end up believing the assault was my fault, I could have done something, I should have stopped it, and now I know, I wasn’t to blame. I was a victim, but I didn’t have to be a victim forever and let that bully control my life.”

Carnes survived a divorce, some drinking binges and drugs. He survived a drunken drive home that he thought would end with his wrists slit. There were sleepless nights and constant questions. And only his family and his best friend, Kevin Dill, understood the problem.

In the summer of 1976, a bigger, older boy took Carnes’ bicycle. Carnes was new to Newman Grove and had no idea what was going to happen next when the bigger kid said he’d take him home on Carnes’ bike.

The bully took Carnes to the local swimming pool and assaulted him.

Carnes battled that and other bullying through his high school and college days at Southeast Community College-Beatrice.

He found a weapon in his columns but didn’t see victory until he was sitting in a court room in Madison, holding hands with his parents (now divorced) while witnessing the prosecution of his assailant.

“Here this guy was, some 30 years later and he had sexually assaulted a vulnerable adult woman and he was about to get the minimum sentence,” Carnes said. “I wrote a letter to the judge and explained that guy had assaulted me and obviously hadn’t learned a thing. The judge handed down the maximum sentence.”

That incident showed Carnes he could make a difference. He plans to approach the Legislature to toughen laws and lengthen sentences for sexual assault of minors and child abuse.

“We can make it happen. We can all help victims become survivors.”

Scottsbluff's Colton Adams has a lot of things going his way these days, not the least of which is his status as one of the country's best wrestlers in his weight class.

Former Lincoln Southeast basketball coach Wally McNaught still has the build of the sprinter from Polk High and Nebraska Wesleya, but he is in a daily battle with Parkinson's disease.

Castillo chained to winning on the mat

Lincoln High 220-pounder DJ Castillo follows a chain on the mat, relentlessly pursuing his opponents from all angles until he comes away with a victory.

Mike Carnes, author of "Call Me A Survivor."

"Call Me A Survivor" by Mike Carnes