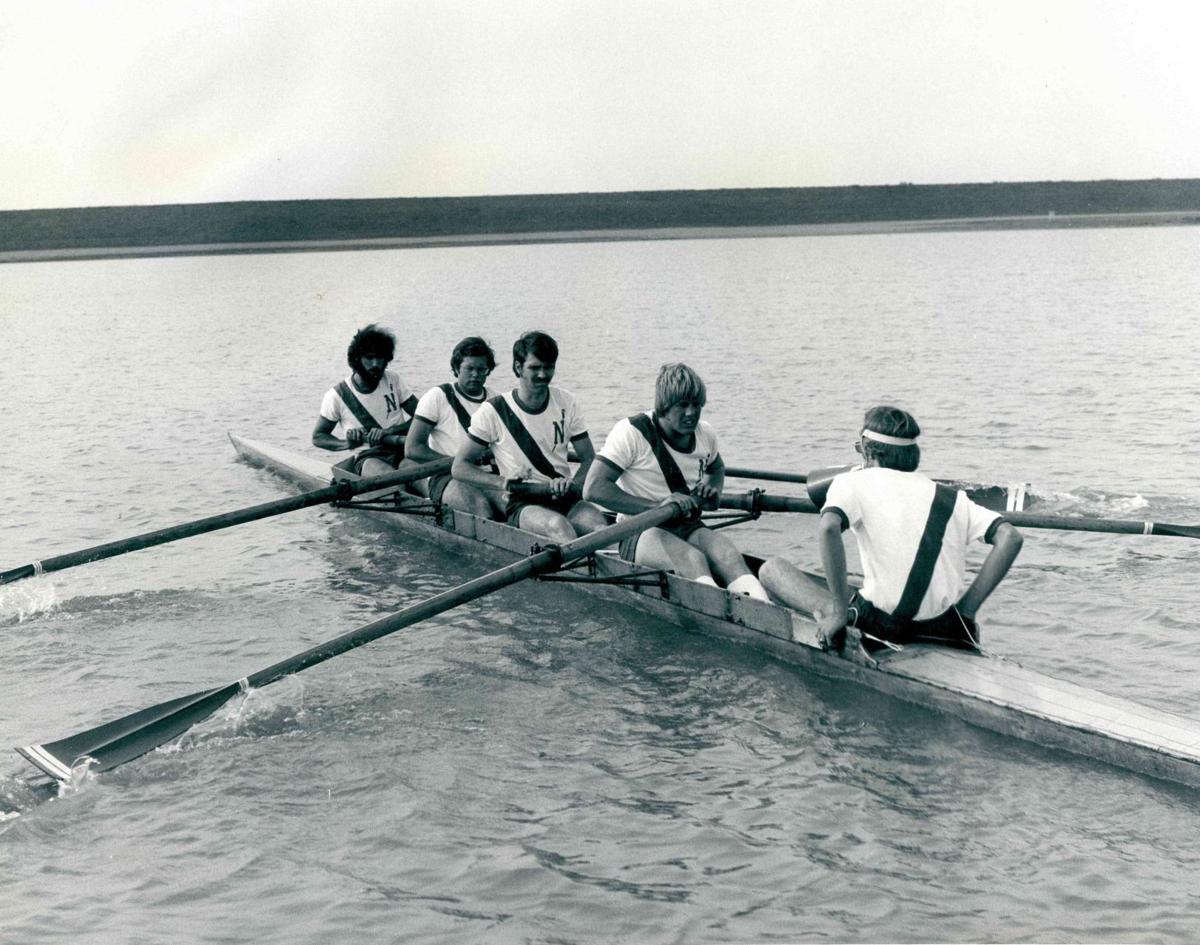 Members of the UNL Rowing Team practice in 1971. Alumni of the rowing team are planning a reunion to mark their 50-year history on Sept. 24-25 in Lincoln. 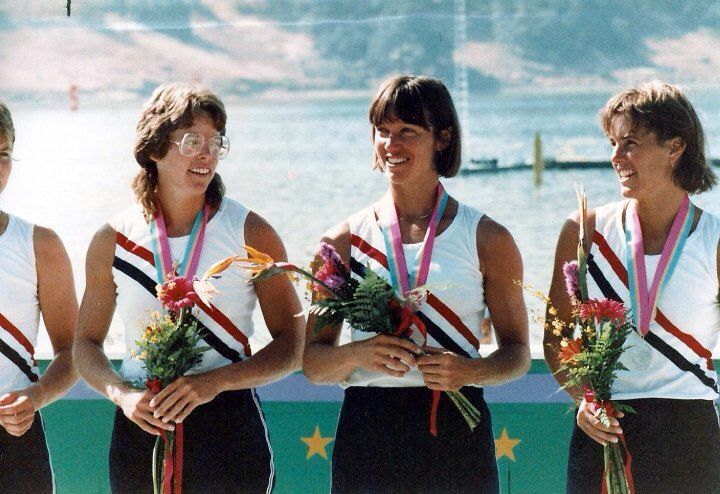 With alumni who boast Olympic medals and national titles, the Nebraska rowing team's 50-year history includes stories of success against the odds. Now, alumni are working together to make sure that success continues.

The NU rowing team was the brainchild of University of Nebraska-Lincoln graduate student Allan Maybee, who in 1965 was intrigued by the sport and thought it could thrive at the school.

Maybee easily found a group of interested students. The hard part was convincing UNL administration that rowing could compete at the varsity level and securing the necessary equipment and facilities.

Kansas State University donated the team's first rowing shell, and Maybee turned a building destined for demolition into a boathouse and got to work.

He fought hard to establish a rowing team in landlocked Nebraska because Maybee considered rowing the ultimate sport and knew Nebraska could compete against established rowing programs if the team worked hard at it.

“It's the oldest collegiate sport in the country,” he said from his home in Scottsbluff. “I think rowing generates a camaraderie that is unequal to any other sport.”

The Apple Corps Club, a throwback on Lincoln's East Campus, thrives in a new century

Though it has been through highs and lows in the decades since, Nebraska Rowing has a history of success, especially considering it now functions as a club team and has to secure its own funding.

Lisa Rohde was a team member in the early years of Nebraska rowing, from 1973 to 1976. Another student convinced the Hubbard student to try the sport. Rohde headed out on the lake that weekend and had a blast, she said.

The Nebraska team traveled to Oakland, California, for nationals while she was on the team, which she said was a great accomplishment.

“I got to have pretty high-level competition and experiences from the very beginning at Nebraska,” she said. “So that's where it all started — changed my life.”

Rohde transferred to the University of Pennsylvania, where she went on to pursue a degree in physical therapy and continued rowing. She later competed in the national championships, qualified for the 1980 Olympics and won silver in the 1984 Olympics.

Other Nebraska rowing alumni have gone on to win national championships, coach programs, officiate at the highest level of the sport and even row 3,000 miles across the Atlantic Ocean.

Brad Kuhn was another early member of the rowing team, joining in 1980.

He said he’s proud he rowed at Nebraska, an experience unlike what he would have had at a well-established program like those on the East Coast.

“It was a wonderful experience and required incredible sacrifices, and I felt like I got incredible value,” he said.

People who row do it because they genuinely love the sport, Kuhn said.

Many of the team’s early members are now retired or approaching retirement, Kuhn said, and alumni have formed Friends of Nebraska Rowing to benefit the current program.

The alums are working to move the team’s facilities from Branched Oak Lake to Pawnee Lake to be closer to campus, Kuhn said.

The alumni also helped hire a coach for the team, which Maybee said he hopes will help the team establish the necessary consistency to perform at its highest level.

"I think the fact that the alumni are so involved with the current team members and the current crew just shows how important rowing was to them," she said.

"I think that their help is immensely important to the growth of the club and where we are now," she said.

On Sept. 24-25, alumni will gather in Lincoln to look back on their memories and get back out on the lake.

Kuhn said he’s hoping as many people as possible associated with Nebraska rowing will come together for the reunion. To RSVP or learn more, go to nebraskacrew.com/fonr/.

Now 50 years after the program stared, Kuhn said alumni give props to the current team members who are keeping the tradition alive.

“We really admire them for what they're doing,” he said. “We hope that they'll keep doing it throughout their lives and that it will continue to pay dividends for them like it has for us.”

Recreational boating and fishing are still permitted at three lakes where blue-green algae was found, but the public is advised to avoid exposure to the water and prevent pets from swimming in or drinking lake water.

Clare Umutoni and Kaylee Burnside are just two of the 35 students stationed in 17 areas across Nebraska this summer for Rural Prosperity Nebraska's Rural Fellows program.

Members of the UNL Rowing Team practice in 1971. Alumni of the rowing team are planning a reunion to mark their 50-year history on Sept. 24-25 in Lincoln.