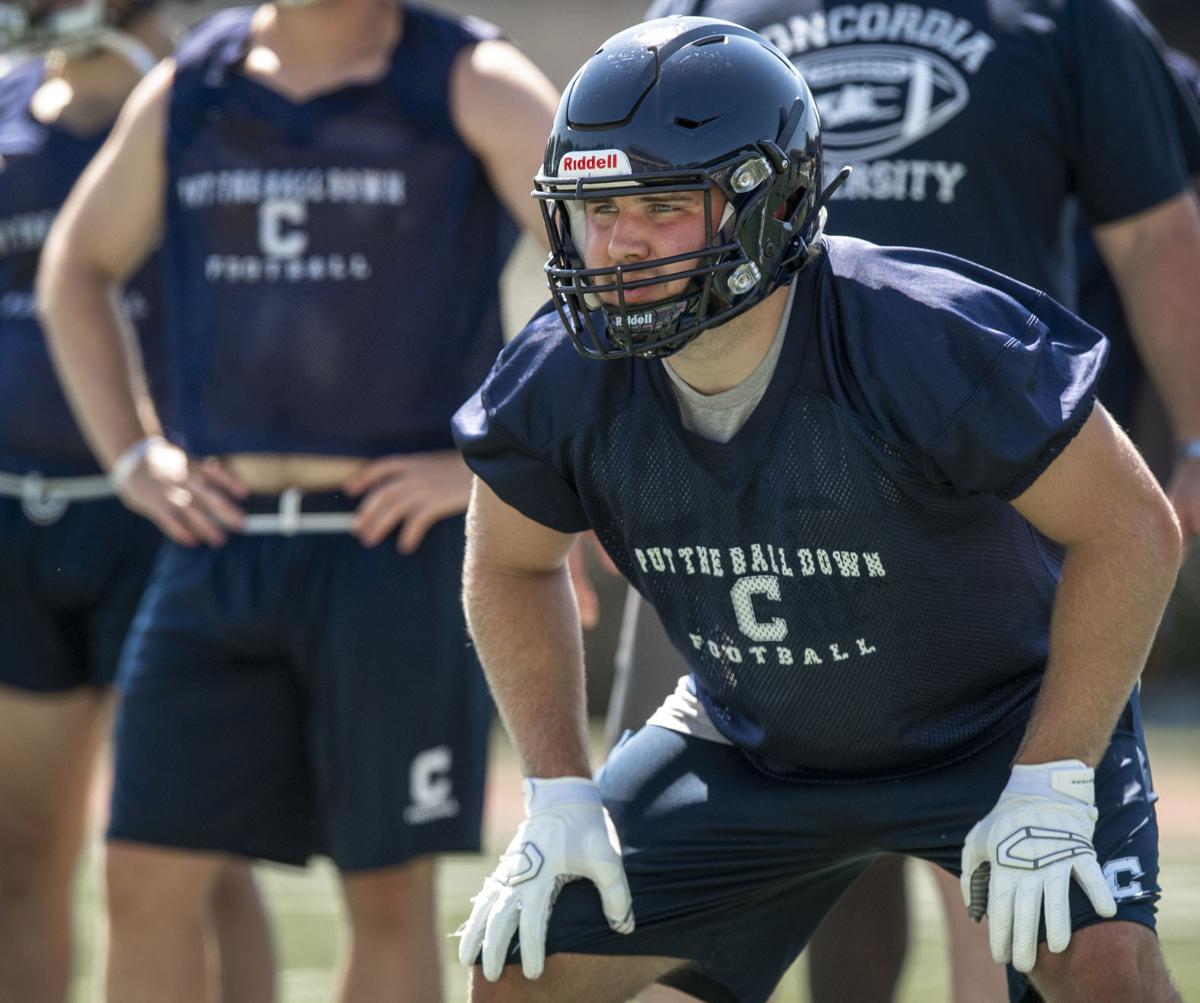 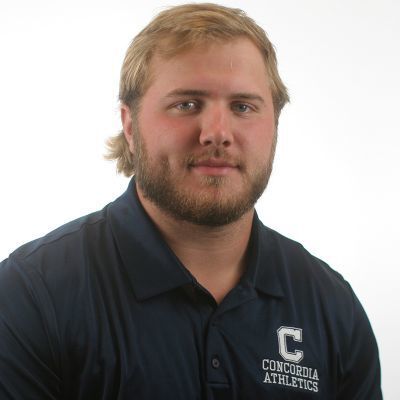 SEWARD — Concordia football coach Patrick Daberkow doesn’t have to look far for his No. 1 recruiting target for next year.

Daberkow sees him every day, whether it be practices, games, team meetings or sessions in the weight room. He’s working hard for a commitment, but the prospect is still leaving his options open, even when he’s sitting in the coach’s office.

Due to the disruption COVID-19 has had on NAIA college football, everyone will carry over an extra year of eligibility into 2021.

Playing without its best players on either side of ball, Concordia's 'cohesive' offense rolls over Jamestown

That means senior All-America linebacker Lane Napier could be back for one more season and that the Bulldogs’ season finale at Dakota Wesleyan (3-5) Saturday may not be the end of his illustrious career.

The 6-foot, 220-pound Napier is hoping to do an internship this spring with a local accounting firm and then graduate with his bachelor's degree in business administration and finance.

Then he’ll have to decide between going into the workforce or coming back for some graduate work and playing college football one more season.

“I haven’t really thought about it; I’ve just tried to stay focused on this season,” Napier said. “That’s something I need to figure out next semester.”

Napier would be a “can’t miss” recruit. The former Aquinas all-stater is already the school’s all-time leader in career tackles with 387, 142 of which came his sophomore year in 2018 when he was an Associated Press All-American.

He not only makes a lot of tackles, but also a lot of big plays. He has 33½ tackles for loss, 10½ sacks, seven pass breakups and one interception.

If the Morningside game two weeks ago is any indication, Napier should probably get the 13 stops he needs Saturday for 400 career tackles. Napier had 17 tackles in the 56-22 loss to the two-time defending national champions.

“I think he needs to get to 500 tackles,” Daberkow said, laughing, making his case for Napier playing one more season. “I’ll keep working on him. I know where he lives.”

In his fourth year as head coach, Daberkow calls Napier “a game-changer” for the Bulldog program.

“Lane’s weathered the storm,” Daberkow said. “His freshman year, his head coach was learning a lot in his first year and we had a really talented team. His sophomore and junior years we were really young and we started to figure things out as a staff.

“He’s seen a lot of change since he’s been here,” the coach added. “But he’s led throughout it, he’s been a positive influence on everybody around him and he’s just a workhorse.”

His tenacity and competitiveness changed some ways Daberkow conducted workouts.

“There’s a fumble drill we don’t do anymore because of the Lane Napier rule,” Daberkow explained. “You start out with two guys gripping the ball with two hands, then they fight for it.

“One day in the PE Gym, Lane flipped someone over his shoulder and they hit their head on the floor."

Concordia is 4-3 going into Saturday’s game after a 4-0 start. The Bulldogs were supposed to play at Midland last Saturday, but that game was first postponed, then canceled, because of a COVID-19 outbreak on the Warriors squad.

Concordia was originally playing at Dakota Wesleyan on Oct. 10, but that game was moved to Saturday after COVID-19 issues for the Tigers. Dakota Wesleyan enters with a two-game winning streak after a home win in Mitchell, South Dakota, over Briar Cliff on Oct. 31 and a 35-16 triumph at Jamestown last Saturday.

Between the starts and stops to the season, attendance limitations, a Great Plains Athletic Conference-only schedule and a nagging turf toe injury that forced Napier to miss three games, “it’s definitely been a weird year,” said Napier, a three-time all-conference selection who has a team-high 40 tackles in four games.

“There’s been a lot of rules and a lot of stuff you have to follow because of the pandemic, and now we’re going through finals and preparing for a football game at the same time, something we’ve never done before,” Napier said. “I never thought it would get to this point, but it has, and it’s just something you have to adapt to.”

Concordia (4-3) at Dakota Wesleyan (3-5), Mitchell, South Dakota, 1 p.m.: After starting the season 4-0, the Bulldogs have dropped their last three contests. Concordia's matchup against Midland slated for last Saturday was canceled. In their Nov. 7 loss to Morningside, the Bulldogs' run game led by Jonah Weyand was held to just 15 total yards, while quarterback Blake Culbert passed for 264 yards and a touchdown.

Nebraska-Kearney was supposed to play a football game last Saturday before it was canceled due to the coronavirus. Such is life in a pandemic.

A roundup of Saturday's college football action from around the region.

A makeup date is tentatively set for Nov. 28 in Fremont, according to Midland.

River Walker passed for 237 yards and a touchdown as Midland cruised to a 28-3 win Saturday over Doane in Crete.

The Mustangs extended their overall win streak to 36 games and its GPAC string to 50 with a blistering offensive performance.

A roundup of Saturday's college football action from around the area.

A pair of Great Plains Athletic Conference football teams announced Monday that they each will have a new head coach next season.

Franzen was an All-America football player at Doane from 1990-93 and the Tigers' head football coach from 2007-17.

Omaha will be the only Division I or II school in the state to offer the sport to men.