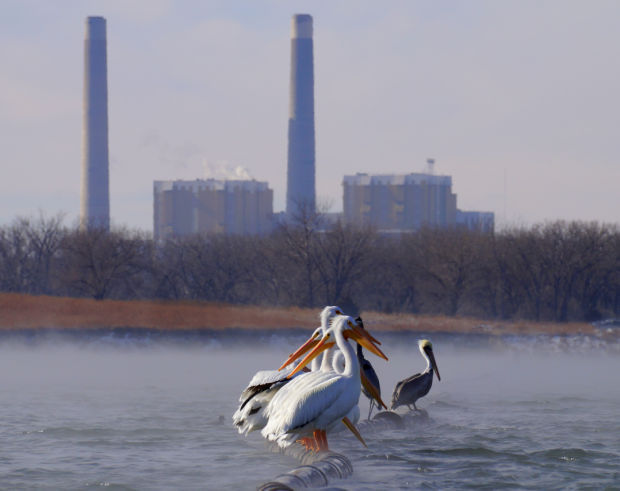 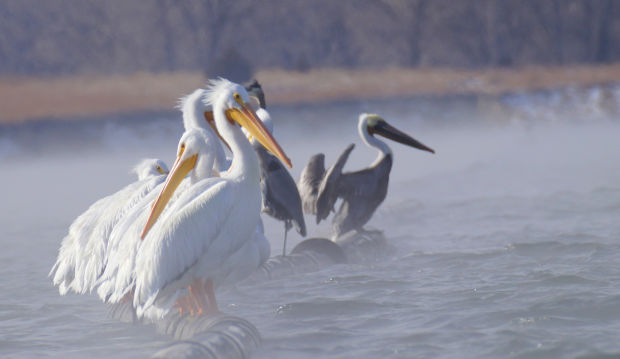 Last Saturday, my alarm sounded at 3:45 a.m. and I rose out of bed in order to make the three-hour drive to Sutherland Reservoir to “twitch” a brown pelican.

For nonbirders, “twitching” is a British birding term meaning to chase after a previously located (usually rare) bird. Brown pelicans are typically found in coastal areas, but birds occasionally wander inland. The brown pelican I was chasing was found by Stephen J. Dinsmore and Kevin Murphy on Dec. 26. Nebraska’s other seven documented sightings, as well as the vast majority of inland records from other states of brown pelicans, are during warmer months. Thus, a brown pelican in Nebraska is notable, but one in winter is crazy.

It seems most likely this particular brown pelican is from the Gulf Coast, perhaps Texas. Any part of the brown pelican’s normal range is at a minimum a thousand miles from Sutherland Reservoir. It's impossible to know when this bird left its familiar coastal haunts to fly inland. The explanation for why this bird ended up at Sutherland in winter, and possibly why it is still alive, is easier to understand.

Sutherland Reservoir has a cooling pond, which receives water from the Nebraska Public Power District's nearby coal-fired Gerald Gentleman power station. The constant infusion of warm water into the cooling pond keeps the water open even during the coldest winters. This human-created environment allows several fish-eating bird species, including American white pelicans, double-crested cormorants and great blue herons, to overwinter at this site when they might otherwise migrate south to warmer climes or perish.

Even though it is unknown what caused this bird to fly inland, the reasons for my migration are straightforward. I have seen close to 400 bird species in Nebraska, but brown pelican was not on my state list.

The importance individual birders place on maintaining life, state and even county lists, and finding and chasing rare birds is varied. Some birders may view driving hundreds of miles to add one more “tick” to a list as silly and even superficial. Others know all about early mornings and long drives filled with anticipation as to whether “the bird” will still be there when the sun comes up. Both perspectives and all forms of birdwatching and birding are perfectly valid. The hobby, pastime or pursuit is whatever one wants to make of it.

I easily located the brown pelican among a small group of American white pelicans that Saturday morning. Luckily it was a relatively mild day. When temperatures are very cold, steam rising from the warm water of the cooling pond reduces visibility, making it impossible to see what birds are present.

As for the brown pelican, it will be interesting to see what becomes of it. Because it has survived this long and appeared healthy, it may be able to endure the Nebraska winter as long as it successfully finds food. It seems unlikely this bird will move from its winter refuge before spring, though. Where it may eventually go, no one knows.

As for me, chasing the brown pelican was the creamy center to a full day of birding on a January day. I tallied 59 species for the day, including other good birds, including Barrow’s goldeneye, Thayer’s gull and ferruginous hawk. Had it not been for the twitch, I might have spent the day cooped up indoors, sprawled out on a couch, watching football. Having a twitch was the best thing for my well-being, and the next 3:45 a.m. wake-up cannot come soon enough.