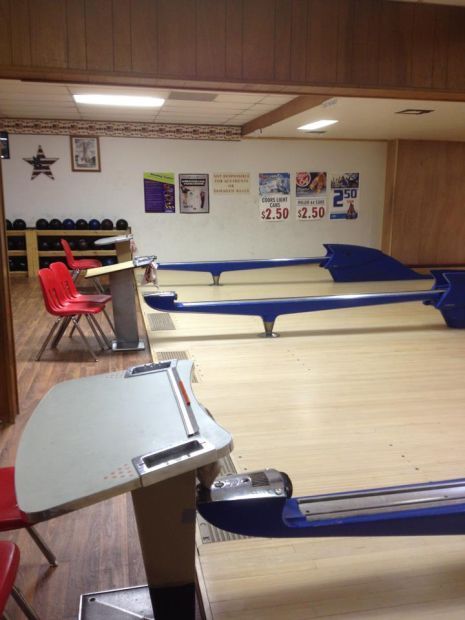 Loup City Lanes features scoring tables, and a streamlined look to the above-ground ball returns that harken back to the days of classic cars. 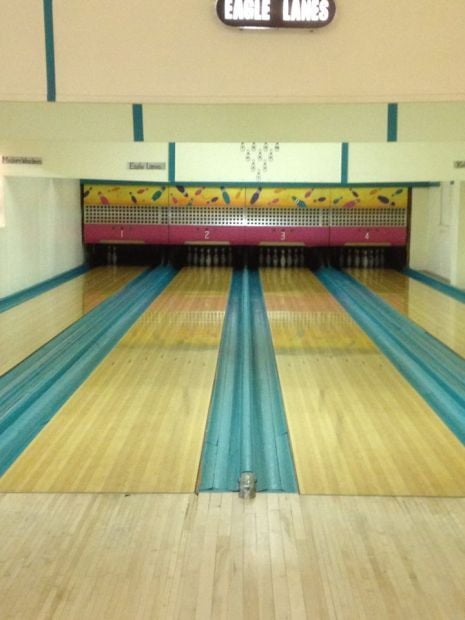 Masking units at Eagle Lanes in Lynch, Neb., are purported to have graced the lanes of Lincoln's Hollywood Bowl in the '50s and '60s. Now, they've received a colorful makeover.

Bowling has changed a lot since the beginning of its soaring popularity more than a half-century ago, then subsequent slide for the past three decades.

Then again, it hasn't changed much at all. It all depends on where you look.

Nowhere can one see the growing dichotomy between bowling "as it was" versus the continually-evolving modern game, than by visiting a small-town bowling center that's past its heyday. And that's both good and bad news. It's all a matter of opinion--and business.

A lot in common

Small-town bowling centers share many similarities. Most are among the few entertainment options in town. Most are four to eight lanes. Most aren't making serious money, if they're making money at all. Another telling similarity is many are "for sale."

Small-town bowling centers make up a significant number of the total lane beds in the country, and especially the Midwest. Many have closed. Others, if not most, are struggling, if not barely surviving.

The lanes remaining have a fascinating story to tell, for those who wish to listen, or explore what they have to say. I've been to over 100 bowling centers over the past nine months, bowled in most of them, and specifically sought out the small-town centers. The smaller and more off the beaten path, the better. Along the way, I found some surprises. Some had closed for good. Some were, if not thriving, a heartening example of survival. Some were practically time capsules, where any ball manufactured after say, 1985, was best left in the car.

Virtually every place I bowled left some positive impression. Loup City Lanes featured masking "Bowl-Mor" masking units that harkened back to the '50s, well before today's Bowlmor AMF behemoth (no relation). A trip to Cambridge Lanes turned up Brunswick StarShield masking units that didn't light up, hence a black background. Kim Bowl in Kimball was almost completely modernized, from the concourse to the pin decks. It was also for sale.

Some heartening finds included Thunder Alley in Arapahoe -- new, modern and just opening as of this writing. Brand-new facilities grace Downs and Oberlin, Kansas. North Platte and Nebraska City have been recently resuscitated and reopened, and warmly received. Eagle Lanes in Lynch, a time capsule of bygone days if there ever was one in 1998, had been transformed with synthetic lanes and a complete makeover, yet the scoring tables and wooden bench seats remain. And they say the theater is the main attraction here ... I have to disagree.

On the other side of the coin, Regal Lanes in Edgar (which I kiddingly referred to as the "urban legend") closed in September. Ainsworth Bowl has closed. Cardinal Lanes in Crete, Pla-Mor Lanes in Fairbury, 100th Meridian Bowl in Cozad, Strikers in Benkelman, Fairview Lanes in Albion … all closed.

Some small-town centers will sooner or later join this list. Others will survive. And in today's bowling environment, "survive" is the best descriptive word to use. Equipment prices make modernization almost out of the question.

And then there's the ever-increasing insurance premiums. On a trip to southwest Iowa, the proprietor of the town's eight-lane center, who makes his living as a farmer and veterinarian, explained his ownership as "a way to give back to the community." A convenience-store worker in Smith Center, Kansas said of the former alley, "It's been closed for years. Sad...there's nothing to do here."

One wonders what the future holds for small-town bowling. Mostly at odds with the current business model, the continued departure would mean a large shift in bowling's demographic, and permanently seal off the qualities of the game that are (or were) arguably the most appealing that the game of bowling had to offer.

And that's why I continue to go. I support their efforts to continue. And a 175 game on lane two in the basement of a hotel in downtown Perry, Iowa, on lanes that couldn't have been oiled for at least two years beats any experience I've had in a modern center, on a modern "house shot," in a modern league environment for at least the past five years.

Loup City Lanes features scoring tables, and a streamlined look to the above-ground ball returns that harken back to the days of classic cars.

Masking units at Eagle Lanes in Lynch, Neb., are purported to have graced the lanes of Lincoln's Hollywood Bowl in the '50s and '60s. Now, they've received a colorful makeover.