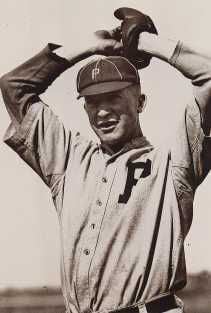 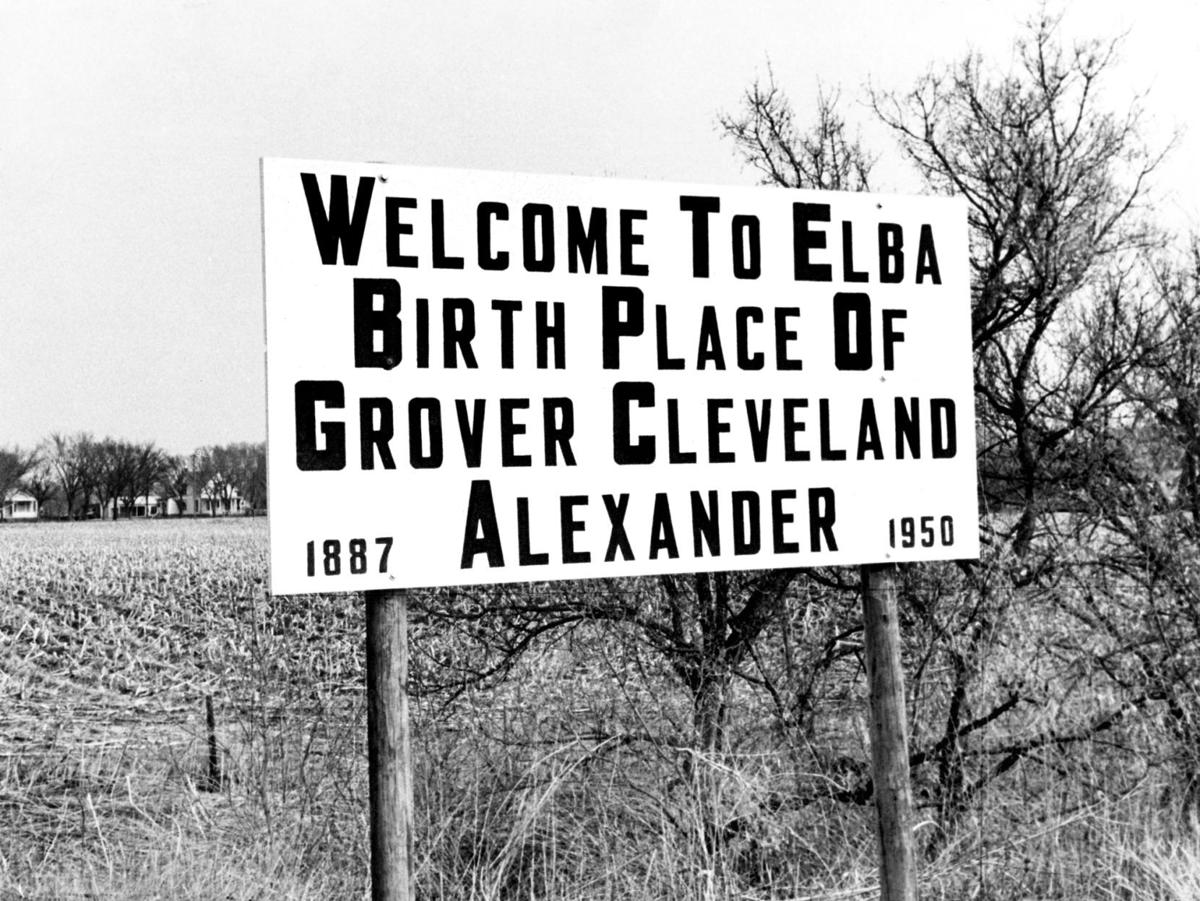 A sign proclaims the birthplace of Grover Cleveland Alexander in Elba, Nebraska. This photo was taken in 1955. 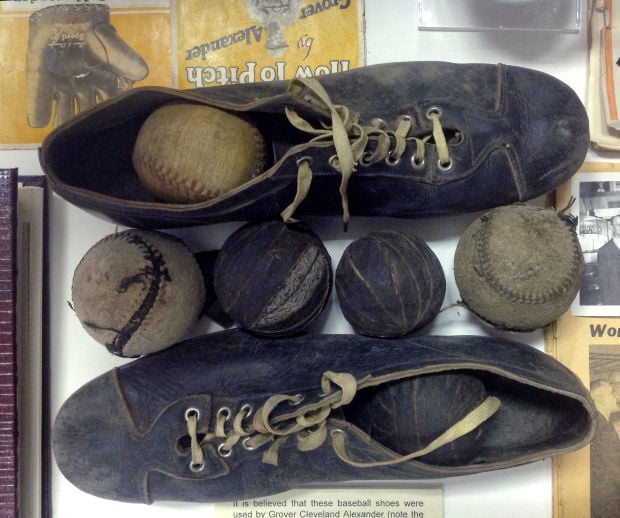 The Nebraska Hall of Fame does not include any sports personalities.

Signers of a petition promoting the induction of legendary baseball pitcher and Nebraska native Grover Cleveland Alexander would like to change that.

Lincoln resident and baseball fan Randy Moody is spearheading a petition drive aimed at encouraging the Nebraska Hall of Fame Commission to consider inclusion of the right-handed pitcher from Elba, Nebraska, who played 20 seasons (1911-1930) for three Major League Baseball teams.

Alexander died in 1950 at age 63 in St. Paul, Nebraska. He posted some glittering statistics during a stellar career that led to induction into the National Baseball Hall of Fame in Cooperstown, New York, in 1938. In the twilight of his career, he helped the St. Louis Cardinals win the 1926 World Series over Babe Ruth and the New York Yankees.

Along the way, he was inducted into three teams’ Halls of Fame -- the Cardinals, the Philadelphia Phillies and the Chicago Cubs. Polls have suggested that Alexander is one of Nebraska’s all-time sports greats, ranking alongside Bob Gibson and Gale Sayers.

His statistics for 20 seasons of work in the majors included a 373-208 won-loss record, 2,195 strikeouts, and a glittering 2.56 lifetime ERA. His win total is tied for the most ever in the National League, and third all-time in the Major Leagues.

Alexander missed most of the 1918 baseball season, serving his country in France during World War I with the 342nd Field Artillery. Serving on the front lines for seven weeks, he suffered a serious head wound from which he never completely recovered, even though he returned to play 10-plus years in the majors.

“Grover Cleveland Alexander never forgot his Nebraska roots, spending his off-seasons in St. Paul, and returning many times to his home state to support and raise money for American Legion baseball,” according to an excerpt from the petition.

The Museum of Nebraska Major League Baseball proudly acknowledges Alexander’s achievements at its location in St. Paul, an area where the legendary pitcher spent his retirement years.

The community of St. Paul has celebrated a community festival, Grover Cleveland Alexander Days, annually since the early 1980s.

How to get involved

Moody said he has reached out to all three MLB teams for whom Alexander pitched during his career. Locally, he has contacted baseball interest groups and circulated petitions among interested fans.

Petition applications are due by the end of 2021, at which time the Nebraska Hall of Fame Commission will conduct hearings in each of Nebraska’s three congressional districts.

The Nebraska Hall of Fame was established in 1961 to officially recognize prominent Nebraskans. The Hall honors people who were born in Nebraska, who gained prominence while living in Nebraska, or whose residence in Nebraska was an important influence on their lives and contributed to their greatness.

Busts of Hall of Fame members are displayed in the State Capitol and other commission-approved locations.

A sign proclaims the birthplace of Grover Cleveland Alexander in Elba, Nebraska. This photo was taken in 1955.