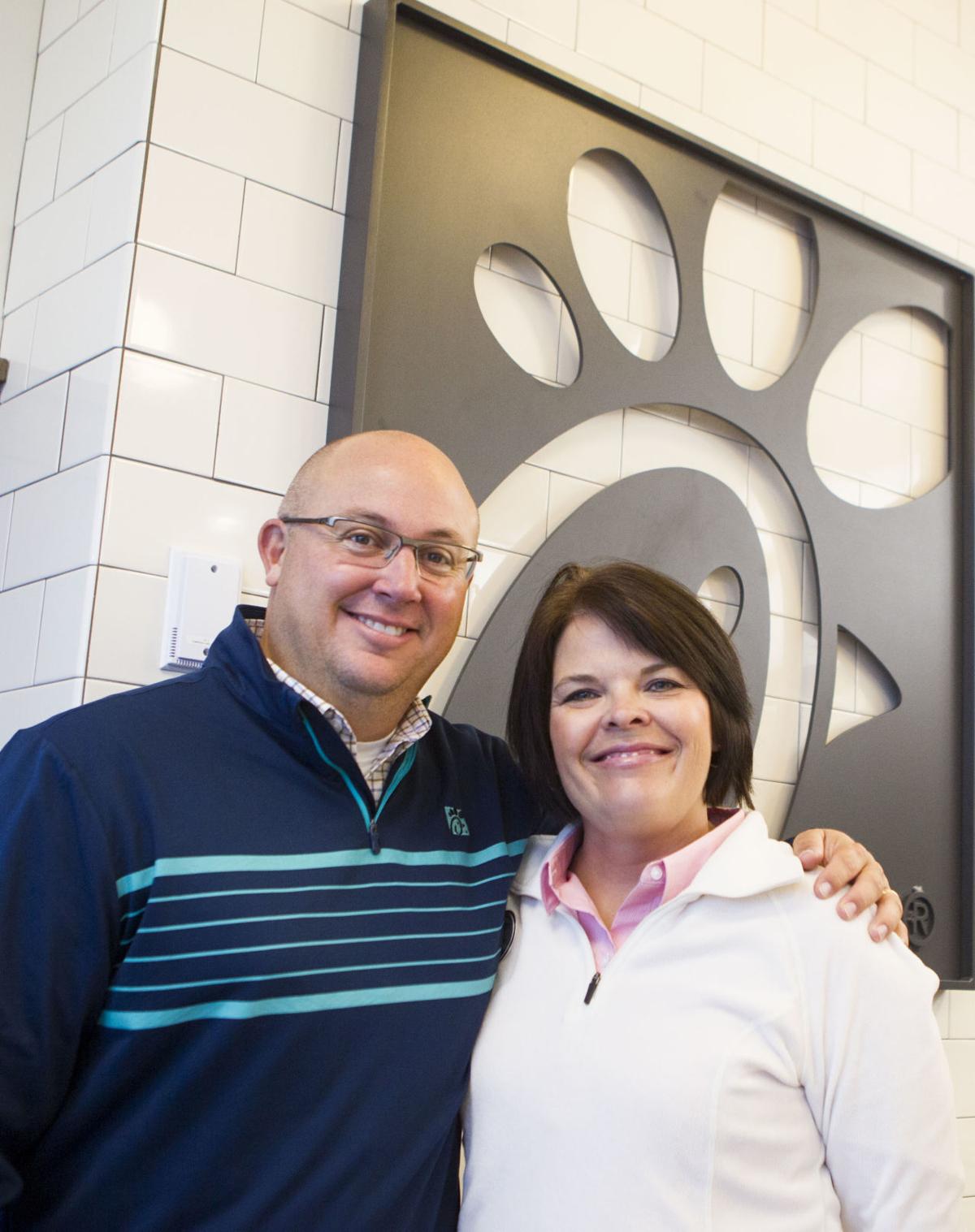 Owner Charlie Colón poses with his wife Dawn in front of the Chick-fil-A restaurant logo when it opened Oct. 23, 2015, at SouthPointe. 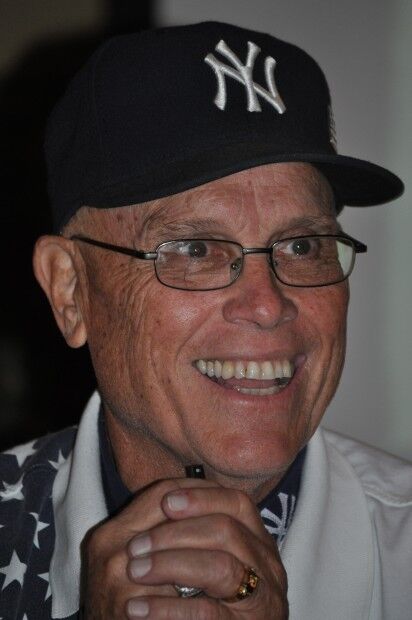 Charlie Colón’s dad, Floyd Colón, had quite a playing career on the diamonds, earning induction into both the Nebraska Baseball and Softball Halls of Fame. He was forced to quit playing ball when his knees gave out in the early 1980s, about the time Charlie and younger brother Mick began playing in organized youth leagues. Floyd later coached a semi-pro baseball team.

Those are admirable on-field achievements, for sure. But the fond memories I have of Floyd Colón stem from the Nebraska Yankees Fan Club, a fun-loving group of guys (and gals) formed by Floyd and his wife, Fran, about 10 years ago. It all started as a half-dozen Yankee fans gathering for coffee and grew to a database containing more than 150 names. The informal group met occasionally for a beverage, a buffet and a lot of baseball banter – three of my favorite B’s. The group brought in high-profile speakers such as Ralph Terry (driving all the way from his Kansas home), Bob Cerv and Darin Erstad.

The gatherings were moderated by Floyd Colón, a guy who can light up a room with his zeal and love of the game. The group has been inactive in recent years, but will always be remembered by this Red Sox fan for their willingness to overlook my allegiance and welcome me as one of their own. Charlie Colón’s warm welcome personifies his dad’s friendliness.

To say the Colón family members are devoted Yankee pin-stripers to the core is like saying the Steinbrenner family is well-heeled. Floyd and Fran, whose favorite player back in the heydays was Yankees centerfielder Mickey Charles Mantle, named their sons Charles and Mickey, known today as Charlie and Mick.

When it came time for Charlie and Dawn Colón to name their son, they chose Cooperstown Michael Charles Colon, combining the name of The Mick with the New York town that houses MLB’s Hall of Fame. Their daughter, McKynzie, was also named for “The Mick” (note the first four letters of her name). She was born on Oct. 20 (Mantle’s birthday).

A personally engraved keepsake recognizing the “Boston Red Sox 2013 World Champions” was given to me by Floyd at a club dinner just weeks after the title and is displayed prominently on my bedroom dresser.

Owner Charlie Colón poses with his wife Dawn in front of the Chick-fil-A restaurant logo when it opened Oct. 23, 2015, at SouthPointe.