Sarah Bielenberg, daughter of Kelly and Robert Bielenberg, is a sixth grader at Schoo Middle School. “Sarah has a positive attitude every day,” school officials wrote on her nomination form. “She helps others in the class be successful. She gives her best effort on all of her work, and she is a positive leader at Schoo Middle School.” Sarah plays the clarinet in her school’s band. She enjoys art and playing with her dog Ruby. Her athletic accomplishments include competing as a gymnast for the Nebraska School of Gymnastics for the last five years.

John Donlan, son of Kathy and Michael Donlan, is an eighth grader at St. Joseph School. “John is a bright student who is always challenging himself to learn more,” school officials wrote. “He is a leader and a positive role model in his class.” An honor roll student, John won his school’s science fair in the seventh grade and plays trombone in the school band. He also enjoys playing basketball. John is a mentor to a student who struggles with friendships. He serves on the 4-H Teen Council, and he enjoys raising rabbits to show at 4-H competitions. His religious activities include being an altar server, Mass cantor and reader.

Brayden Neesen, son of Brooke and Taylor Biggs and Chris Neesen, is a seventh grader at Pound Middle School. “Brayden engages with peers and teachers, and he has the skills of a positive leader,” school officials wrote. He is an honor roll student and received the Principal Award at Rousseau Elementary School in fifth grade. He also received a gold medal at the regional archery tournament. Brayden volunteers for Matt Talbot Kitchen & Outreach, the Food Bank of Lincoln and the Southwood Serves Saratoga School landscape cleanup project. He plays tenor saxophone and enjoys spending time with his family’s dogs and cats.

Nominate a charity to receive $5K from Eastmont

The Eastmont senior living community has pledged to donate $5,000 to a local charity in honor of its groundbreaking to expand its O Street location.

The Nebraska State Historical Society Foundation awarded $148,153 in the first quarter of 2021 to support programs at History Nebraska to supp…

Seven artists will present their latest new works, ranging from traditional painting to mirror art and quilling, on Friday, April 16, from 10 …

An essay written by Clare Oldenburg, a student at Lincoln Pius X High School, won second place and a $750 scholarship in the Optimist Internat… 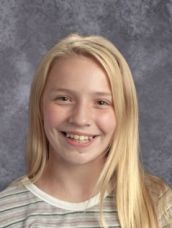 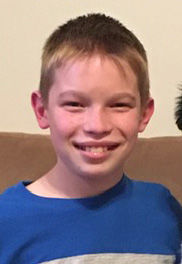