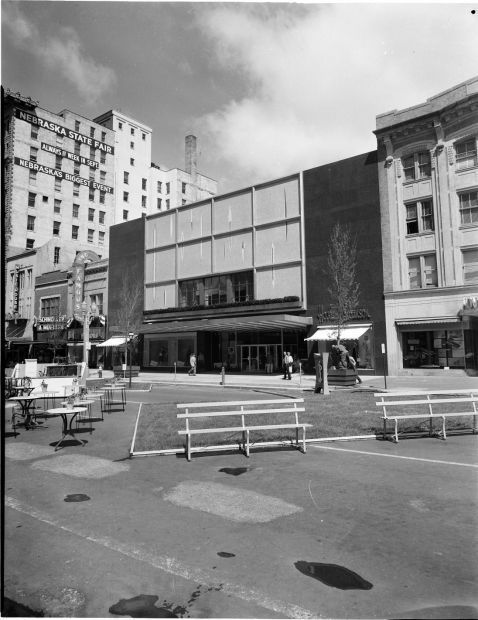 Hovland-Swanson Department Store was a fixture in the 1200 block of O Street in downtown Lincoln.

Do you have shopping memories of Hovland-Swanson?

Feel free to share them. “Nebraska’s fashion center” is our next Perfect Match Contest topic.

A half-century ago, Hovland-Swanson Department Store was one of the anchors of the downtown shopping scene. It occupied three floors when it opened its new downtown location in 1959 at 1230 O St., after 20 years at 1240 O St. Hovland-Swanson would later open a Gateway Mall branch in 1972.

Share your memories of Hovland-Swanson (no more than 150 words, please) by next Friday, April 24 and send to:

The winning entry will be selected by Mary Jane Nielsen and appear in the May 2 Neighborhood Extra, along with contest photo No. 8. Each winning entry gets a free deck of “Greetings from Lincoln, Nebraska” playing cards.

Look for the Perfect Match Contest on alternating Saturdays in Neighborhood Extra.

Lucky to be me

Winter traditionally brings a case of the “blues.” Life moves at a slower pace, and the sun is very sketchy about appearances. Thrown in is a …

In a land far away and a long time ago, I found a fascination that has been rekindled and sparked memories and smiles …

OLLI at UNL is all about choices.

The University of Nebraska-Lincoln and Tabitha will resume the eight-week Memory Workshop starting Wednesday, Jan. 26 (through March 9), from …

Hovland-Swanson Department Store was a fixture in the 1200 block of O Street in downtown Lincoln.