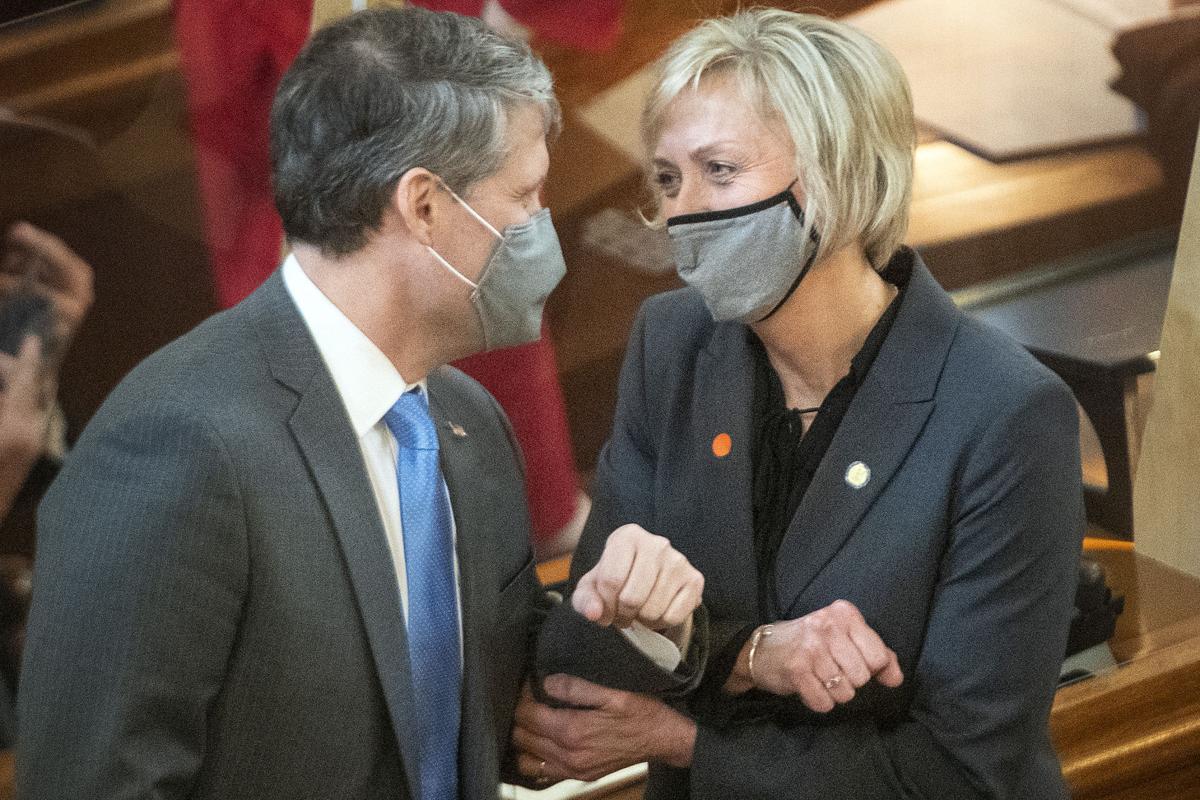 Speaker Mike Hilgers (left) greets Sen. Lynne Walz after Walz was elected to be chair of the education committee during the first day of the 2021 legislative session Jan. 6 at the State Capitol. 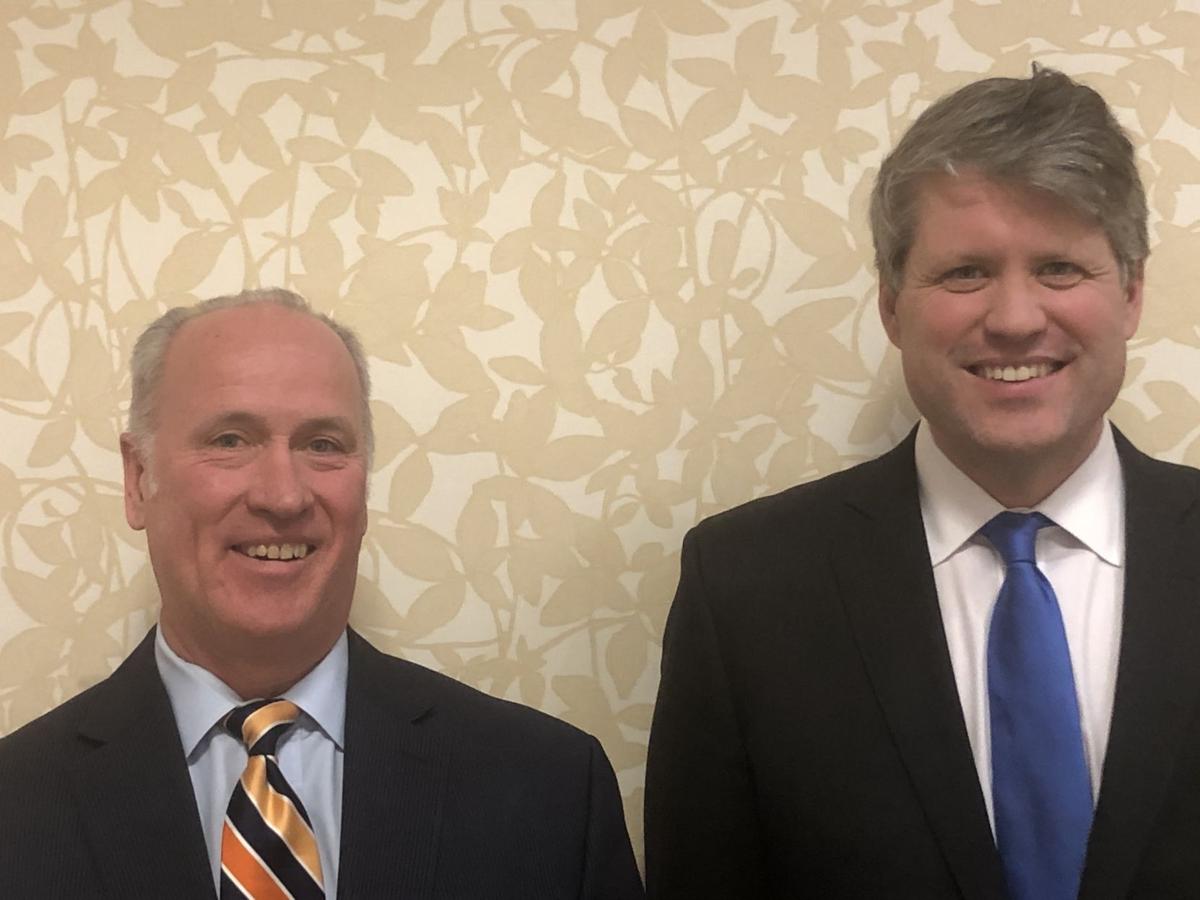 BY TIM BRUSNAHAN, LINCOLN EXECUTIVE CLUB for the Neighborhood Extra

The Nebraska Unicameral is experiencing some changes during the beginning weeks of the 107th session, and at the forefront is the new speaker of the Legislature, Mike Hilgers.

He was the featured “speaker” in his debut visit to the Executive Club luncheon Monday, Feb. 8, at the Hilton Garden Inn in downtown Lincoln’s Haymarket District.

First elected in 2016, Hilgers was recently reelected to his second term as state senator for the 21st district representing the northwest Lincoln constituency in 2020. He was elected in January to a two-year term as the speaker. He is the first representative from Lincoln elected to the speaker’s position in over 40 years. Roland Luedtke was the last state senator from Lincoln elected to be the speaker of the Legislature from 1977-1978.

Hilgers is well aware of the historic measures of his new position, but does not let that deter him from his sworn responsibility to lead.

“This is really important to do, because we live in a time of uncertainty and transformation,” said Hilgers, a native of Omaha. “I consider it as a challenge. It’s energetic and competitive and will transform our state. I was elected in the first day of our session, and it’s not about how we started, but where we end up by the end of this 90-day session in June.”

When it comes to guiding the legislative body, Hilgers believes that a speaker’s direction should come with little personal prejudice.

“I am predisposed on what I think we should care about as a Legislature, but there are more than 25 ways of solving our problems,” said Hilgers, who received his law degree from the University of Chicago after earning his bachelor’s degree from Baylor University. “There are only 49 state senators, and I want to allow those senators to speak and hear the ‘body’ speak. We have 650 bills that have been introduced, and I expect there will be another 400 to 500 more bills next year.”

When it comes to representation in the Unicameral, Hilgers does not believe all things are considered equal – especially when it comes to the family man or woman.

“I am one of only a few state senators with school-age children,” said Hilgers, who has four kids under age 9.

Hilgers was practicing law in Dallas, Texas before moving to Lincoln 10 years ago with his wife, Heather, also an attorney and whom he met at Baylor. They formed a law firm in Lincoln, Hilgers Graben, which is considered one of the fastest-growing firms in the Midwest, noted for top-tier litigators with 35 attorneys from across the country.

You could say he is a busy man.

Hilgers recognizes the power and the beauty of the committee process in the Legislature, where all the work on the bills will be accomplished during this session. He believes this will lead to all-day committee hearings.

He also said that redistricting in the Legislature probably won’t happen until after the determinations of the 2020 census come out this summer.

The author, Tim Brusnahan, is program chair for the Lincoln Executive Club and employed by Marco.

The bill (LB4), from Sen. Tom Briese of Albion, would raise the tuition credit for reservists enrolled in public colleges and universities in the state from 50% to 75%.

Speaker Mike Hilgers (left) greets Sen. Lynne Walz after Walz was elected to be chair of the education committee during the first day of the 2021 legislative session Jan. 6 at the State Capitol. 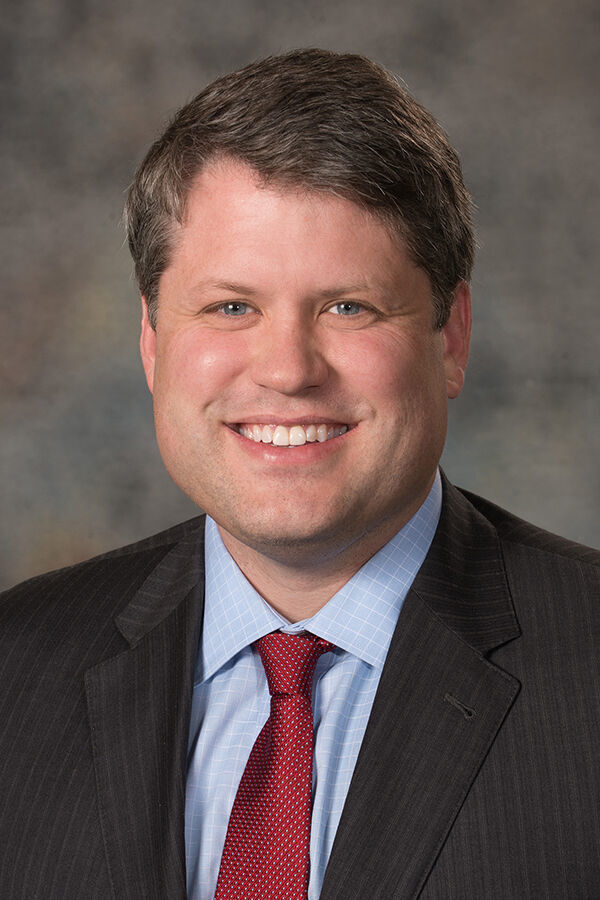