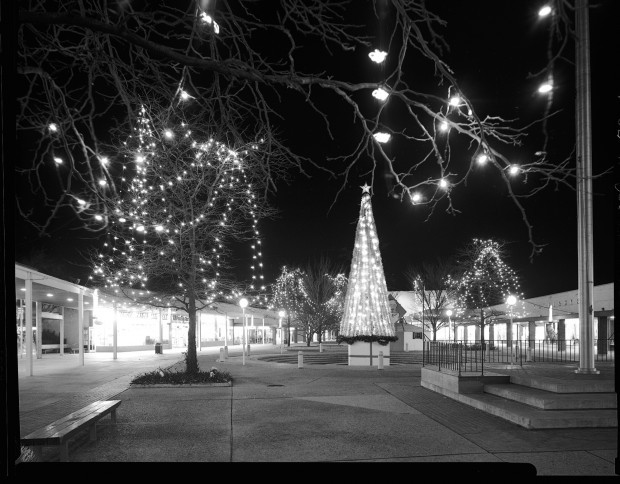 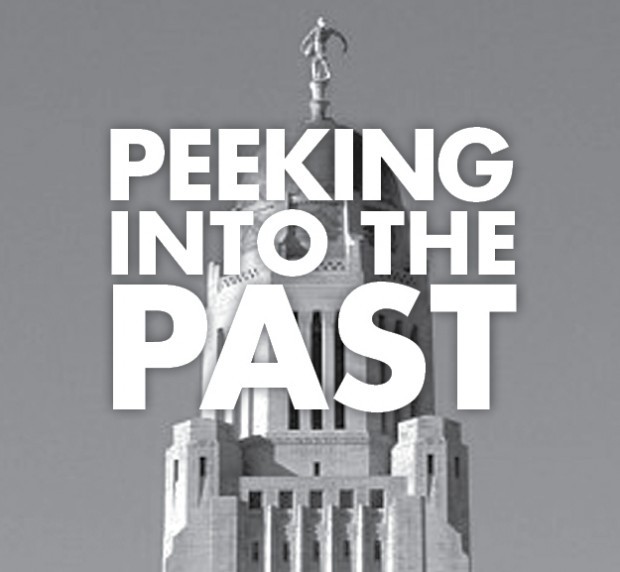 Readers love to reminisce about shopping in Lincoln a half-century ago.

The latest Peeking Into the Past Contest photo triggered some vivid memories of what was then Gateway Shopping Center - built in the "cornfields in east Lincoln."

Judges felt that Marge Caldwell had the most vivid memories of the Gateway Mall. She picks up her choice of three Lincoln history books written and coordinated by Mary Jane Nielsen and Jon Roth: "Game Day Memories"; "Lincoln Looks Back"; and "When I Was a Kid."

Watch for a new Peeking photo in next week's Extra.

Here's a sampling of what readers remember about the early days of Gateway Mall:

"Saw the picture of the Gateway in its beginning days in the Neighborhood Extra. I know that Gateway first opened in 1960. Montgomery Wards was the first (anchor) store. The next stores were Kresges, Walgreens, and Ben Simons. My deceased husband was one of the first employees of Ben Simons.

"They called it the farm store as it was located in the cornfields of east Lincoln. There were no fast-food or eating places near by, so he would eat at the lunch counter in Walgreens. My family loved the open mall and all the things that were done for the seasonal events throughout the year.

"The fountain in the middle was such an attraction. My children and I would walk over to Gateway in the summer evenings and spend time out by the fountain, then ride home with "Dad" and perhaps make a stop at the Dairy Queen on North 66th. As time went on other stores opened at Gateway. Hinky Dinky was down near where Younkers is today. In the summer down towards the north end there was a small carnival for small children. I showed the newspaper article to my daughter and she almost gets teared up.

"Special thanks for all you are doing to bring back memories of the past."

"Montgomery Ward was the first anchor store to open at the new Gateway Shopping Center in August 1960. The Montgomery Ward store downtown, 13th & L, was the 11th Wards to open in the nation and was supposedly the largest between Chicago and Denver.

"As a lifelong resident of Lancaster County, I remember both stores very well and enjoyed seeing the photo of the "outdoor mall" at Christmastime."

"1. It opened in 1960, I believe fall, and am guessing October. 2. First unit opened was Gateway Bank (or maybe the Post Office?) 3. First two retail units - Kresge's and Montgomery Wards (or maybe Walgreens?)

"Other long-time early tenants were Ben Simons, Hovland-Swansons and Miller & Paine. Some, if not all, signed 25-year leases to secure their place at this new shopping center built way out in the country on East O Street. The only nearby building was Bankers Life (now Ameritas.)

"My two daughters worked at Kresge's while in high school in the early ‘70s. Kresge's had a lunch counter where you could get one of their wonderful doughnuts in the morning just as it came out of the fryer and was immediately glazed. They had more on their menu, but doughnuts were my favorite!

"And who could ever forget Miller & Paine's Tea Room on the 2nd floor (now Dillards)? Their crusted mac & cheese and chicken pot pies, both in their individual serving bowls with the contents crusted to the sides, were to die for! And their cinnamon rolls....yum! Reuben's Restaurant opened in a stand-alone building between Bankers Life amd the other mall buildings around 1970. I worked for an insurance agency that wrote Bankers Life and Gateway's insurance during the 1970s construction. Part of my job was to keep track of the construction as it progressed with new starts and completions.

"Before the mall was enclosed, the open area had beautiful flowers and trees. Those trees were beautifully decorated for Christmas. There were benches where you could sit in the open air and eat lunch, enjoy a cup of coffee and conversation with friends and people passing by.

"The shopping center was developed, built and owned by Bankers Life of Nebraska (now Ameritas) until they sold it to Westfield. While we now have shopping centers both large and small in Lincoln, before Gateway opened shoppers had to drive to downtown Lincoln, where the stores were only open one night a week (Thursdays.) Being a resident of northeast Lincoln since the early 1950s, it was wonderful to drive just a few short blocks to Gateway where you could find plenty of FREE parking. I still live in northeast Lincoln and Gateway is still my favorite place to shop.

"I'm sure there are many other things that I'm forgetting or not remembering so well, but these are some of my early memories of Gateway."

(Marge Caldwell's daughter added: "This was really fun to read. I loved working at this shopping center. One of my most vivid memories was getting a second key made for my car so I could run out and start it in the bitter cold of winter. Another was jumping out of my car and running into Kresges to the air-conditioning when the summer hit over 100 degrees day after day my junior year of high school article