Cooper Richter, son of Lori and Cory Richter, is an eighth grader at Scott Middle School. Cooper was nominated for “consistently being kind, inclusive, positive and hard working,” school officials wrote. “He is also an amazing son and brother, always looking out for others.” Cooper received his most recent school award last November for being humble. In athletics, he participates in tennis and in track and field. Cooper attends a Catholic church. He enjoys playing video games, sports with friends and watching comedy movies and stand-up comedians.

Sidney Stephan, daughter of Lisa and Jason Stephan, is an eighth grader at St. Patrick School. An honor student, Sidney placed second in her school’s science fair. She is active in the Science Club, Spicy Food Club and Reading Mentor program. “Sidney takes her studies seriously and works hard to get great results,” school officials wrote. “She is dedicated to her craft, whether it be in the classroom with regular studies or her extracurricular activities.” Sidney has earned many awards and scholarships as a member of the Universal Dance Academy competition team, was selected as a protégé for Kids Artistic Revue and is a Paper Ballet dancer. She volunteers for the FCSLA and helps with Catholic Social Services food distribution and the St. Patrick Festival. She is also active in the Marian Club, serves as a lector at school Masses and sings in the school choir. She enjoys journaling, spending time with pets and hanging out with friends.

What is the one thing that makes a leader worth following? Be a part of this rebroadcast from nine of the world’s most influential and acclaim…

The Nebraska Children and Families Foundation, located at 215 Centennial Mall South in Lincoln, has received a $60,000 Primary Prevention gran…

Kids and Mental Health: The more they move, the better their mood

Recently, several studies have been published examining the impact of the pandemic on the mental and emotional health of children. The America…

Anna Anderson and Eve Weber, both of Lincoln, have been named as president's list honorees for the spring 2022 semester at Washburn University… 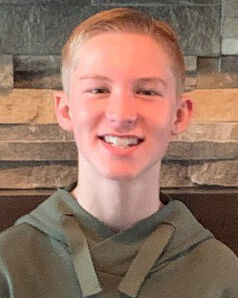 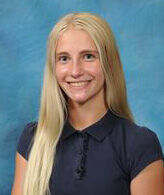