Last fall, Michael Reinmiller was casually watching CBS “Sunday Morning” until it showed a piece about helping the poor that grabbed his attention. Somewhere in Minnesota, a woman had adapted the Little Free Library concept into a food pantry, available to anyone who needed help at any time, day or night – and it was anonymous.

It was a “cool idea” that got him thinking.

Thoughts turned into action, and on Dec. 23, 2019, Reinmiller erected the Little Free Pantry in front of his Near South home in Lincoln at 26th and Garfield streets. It was a family endeavor – his father-in-law, Jim Falk, a craftsman, built the pantry. Michael provided labor, legwork and passion. His wife, Melanie, a talented artist, provided the style and good ideas. Their toddler son, Jack, did what he does best – providing joy, wonderment and plenty of “big boy” help to his dad and grandpa.

Reinmiller had no idea whether it would take off and be of value, but it did and it is. The first day, he tweeted that the Little Free Pantry was open and available. Within 24 hours, some items had been taken and new items were added. Solar lights were installed on Dec. 26 so it could be easily used at night. To date, the only rules have been “Take what you need, donate if you can, and don’t put in any hateful rhetoric.”

“There are a ton of rentals in my area,” said Reinmiller. “I remembered being a renter when there were a lot of months where you’d open the kitchen cupboard doors and it echoed. Melanie and I are doing well now, so we decided to put this up and see what happened. Suddenly there were all these footprints in the snow [by the pantry]. And it just kind of picked up and up and up. Then the pandemic hit, and it’s been busy ever since.”

Many days, the Little Free Pantry is completely emptied and emptied again the same day after restocking. That was doubly true during the Thanksgiving holiday – emptied and restocked several times a day. Bittersweet.

Not being a man of unlimited means, Reinmiller’s network of friends and church family (and some folks he doesn’t even know) have helped keep it stocked. He received a Community Learning Center/Civic Nebraska mini-grant. He’s been handed checks and cash. Food is dropped off. There’s a Go Fund Me page set up on Facebook, too.

“Every time there’s $50 in the fund, I order cereal from Amazon,” Reinmiller said. “A while ago, I ordered $300 in feminine hygiene products, and it was gone in two weeks. Unbelievable!”

When Reinmiller contacted the UNMC College of Dentistry about toothpaste and toothbrushes, it literally filled the back of his pickup truck, and he’s been back for more. He restocks with three toothbrushes and tubes of toothpaste each day, sometimes twice a day now that he’s working from home.

“It’s good for my step counter,” he said with a laugh. Again, bittersweet.

This year, the Reinmiller-Falk team has helped some concerned Lincolnites put Little Free Pantries in their neighborhoods (and others have done it on their own). The pantry model they use costs $425. Michael helps with the installation, but he insists that the homeowner calls the Diggers Hotline number. He doesn’t want any surprises.

Melanie has created the Little Free Pantries LNK NE page on Facebook. There, you can find the locations for 17 known pantries in the city; two more are coming soon. Now that temperatures are much colder, there’s also a reminder on the page about stocking pantry shelves only with items that won’t freeze and burst open, or otherwise can survive the cold.

Change, charity, grief and a hope-filled needle – A Lincoln nurse’s journey through 2020

Reinmiller’s experience with the Little Free Pantry has presented him with mixed emotions.

“I’ll be really proud to be able to tell Jack in 10 years that his grandpa and dad did this during a pandemic to help people,” he said.

At the same time, he feels guilty because he’s sitting in a heated house with a refrigerator full of food.

“So, I'm all over the map,” he shared. “Some mornings when Jack and I go out, I’ll have him carry a box of cereal. The other day, as we were putting it in the pantry, he looked right at me and said, ‘Helping people.’ That made me tear up.”

The sense of community that has grown around the Reinmiller pantry is something he wasn’t expecting. It’s become a co-op. He sees people pull up in a car or on a bike, take what they need and wave a thank-you as they leave.

“Soon, a neighbor comes across the street and loads in five boxes of cereal,” Reinmiller said. “Or the neighbor next to me puts in candy bars because everyone needs chocolate now and then. Or I’ll get a text from a neighbor telling me someone just emptied the pantry, and I should go fill it. It’s amazing!”

His sense is that those who visit the pantry run the gamut from the homeless to families in between paychecks. “One lady stopped by and told me she just lost her job at UNL, and this is keeping money in her account so that she can pay her rent,” he said.

Reinmiller’s volunteer spirit does not begin and end with Little Free Pantries. He’s a staunch supporter of people in need, formerly serving on the Board of Directors for Fresh Start, working on a backpack program with Matt Talbot Kitchen & Outreach, serving meals at shelters, mentoring youth and more.

In November, he received the 2020 Volunteer of the Year Award from the Lincoln Homeless Coalition.

16-year-old Lincoln boy races in Vegas, gives back to community

He’d like to see double the number of Little Free Pantries in the coming year, but he knows it’s a matter of resources, accessibility, time and commitment. He’s delighted to provide ideas and guidance to anyone who’s interested. Reinmiller can be reached through the Facebook page or at avdude@me.com.

“I lay in bed at night and often can’t sleep. That happens a lot since the pandemic,” he said. “Then I’ll hear a car door opening and shutting, which is kind of cool – lying there thinking somebody’s getting what they need.”

“Some mornings when Jack and I go out, I’ll have him carry a box of cereal. The other day, as we were putting it in the pantry, he looked right at me and said, ‘Helping people.’ That made me tear up.” – Michael Reinmiller

In 1921, the membership was exclusive, married women were referred to by their husbands’ names, and the dress code included hats and white gloves.

'I can't stand to watch this': Rescuing a great horned owl with a broken wing and a prayer

We drove to the Fontenelle Forest Recovery Center on a mission that felt no different than a wildlife reality show, including speeding and discussing the merits of displaying the owl as evidence if we were pulled over by the State Patrol.

Walking down memory lane at the original Runza restaurant

Shortly after my arrival on the University of Nebraska campus in Lincoln in the fall of 1958, a fellow student told me about a different type …

The Lincoln Arts Council has announced the recipients of its 2021 project grants. LAC awards these grants to qualifying arts nonprofits to sup…

The Viking Foundation of Lincoln awarded 17 grants to nonprofit organizations in December, including nine in Lancaster County. These awards re…

Keeping the hope and the stories alive

So I went down to the basketball arena not long ago to see a lot of shots being taken. It was Friday, Feb. 5, and it was on that cold and sunn…

Twice she’s been here – the first time as a graduate student when she pursued a fellowship at the University of Nebraska-Lincoln. She met the …

Executive Director Scott Young said the current distribution center at 4840 Doris Bair Circle is at the end of its useful life. Since he took over the helm in 2001, the Food Bank has increased the amount of food it distributes 12-fold. 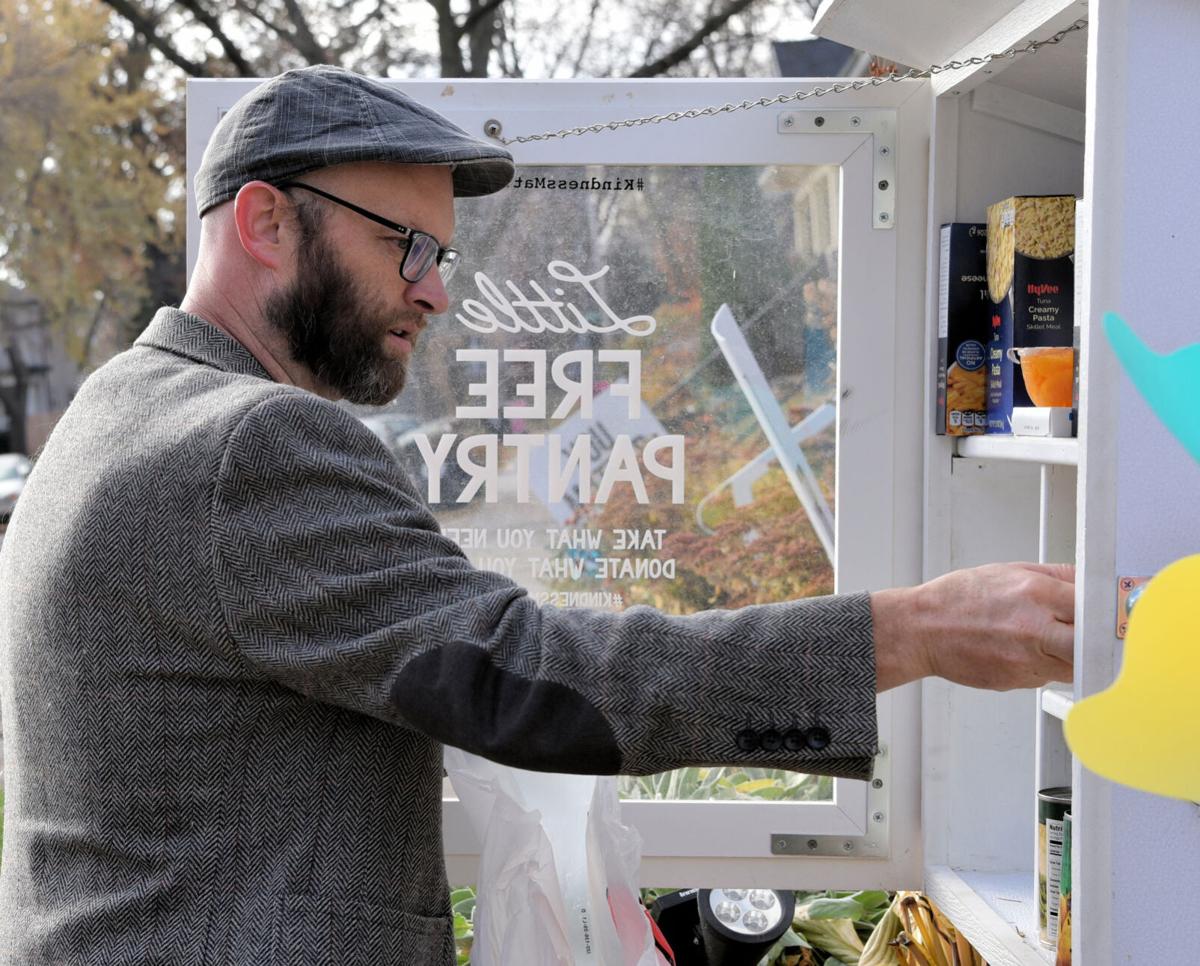 Michael Reinmiller restocks the Little Free Pantry near his home. 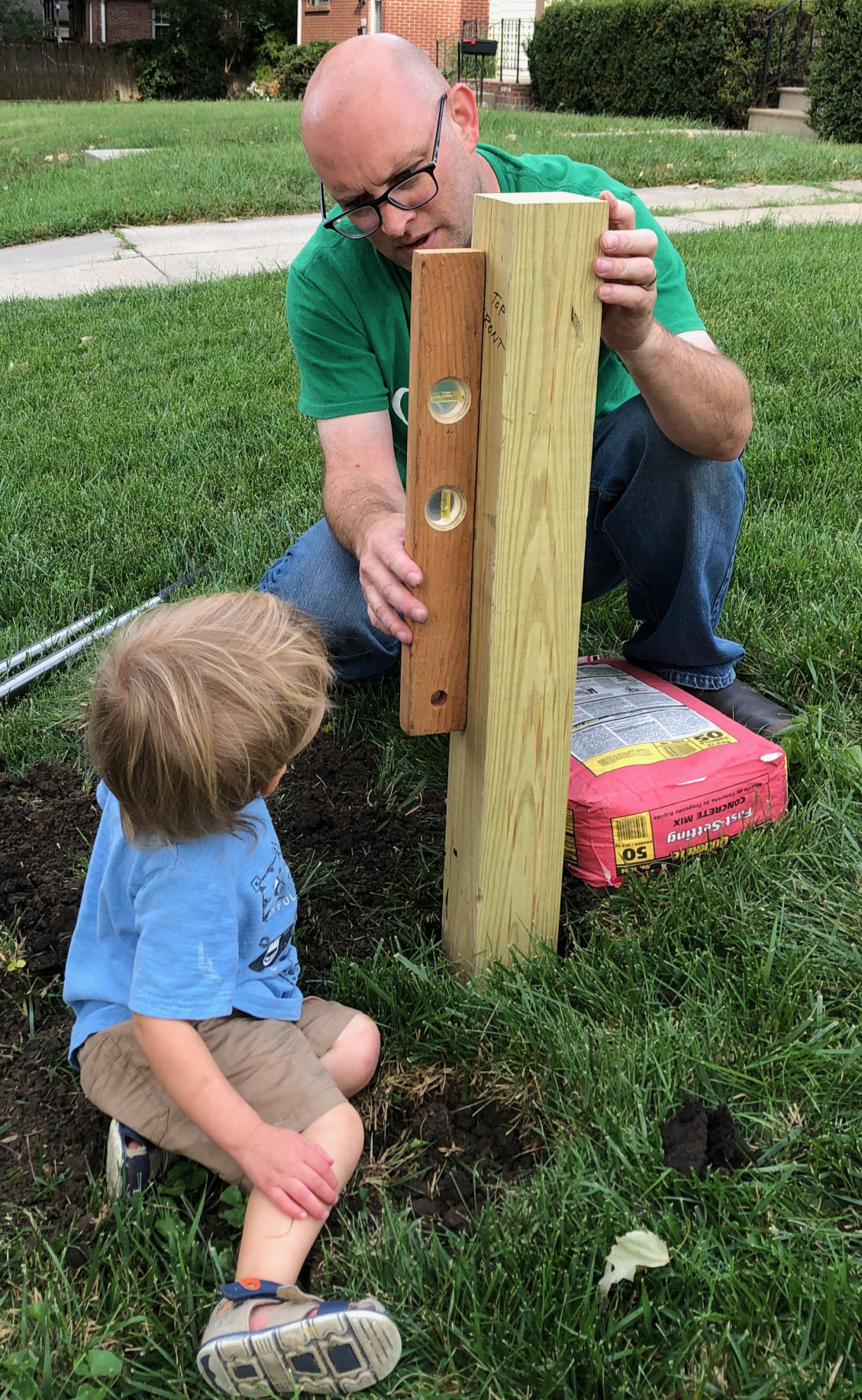 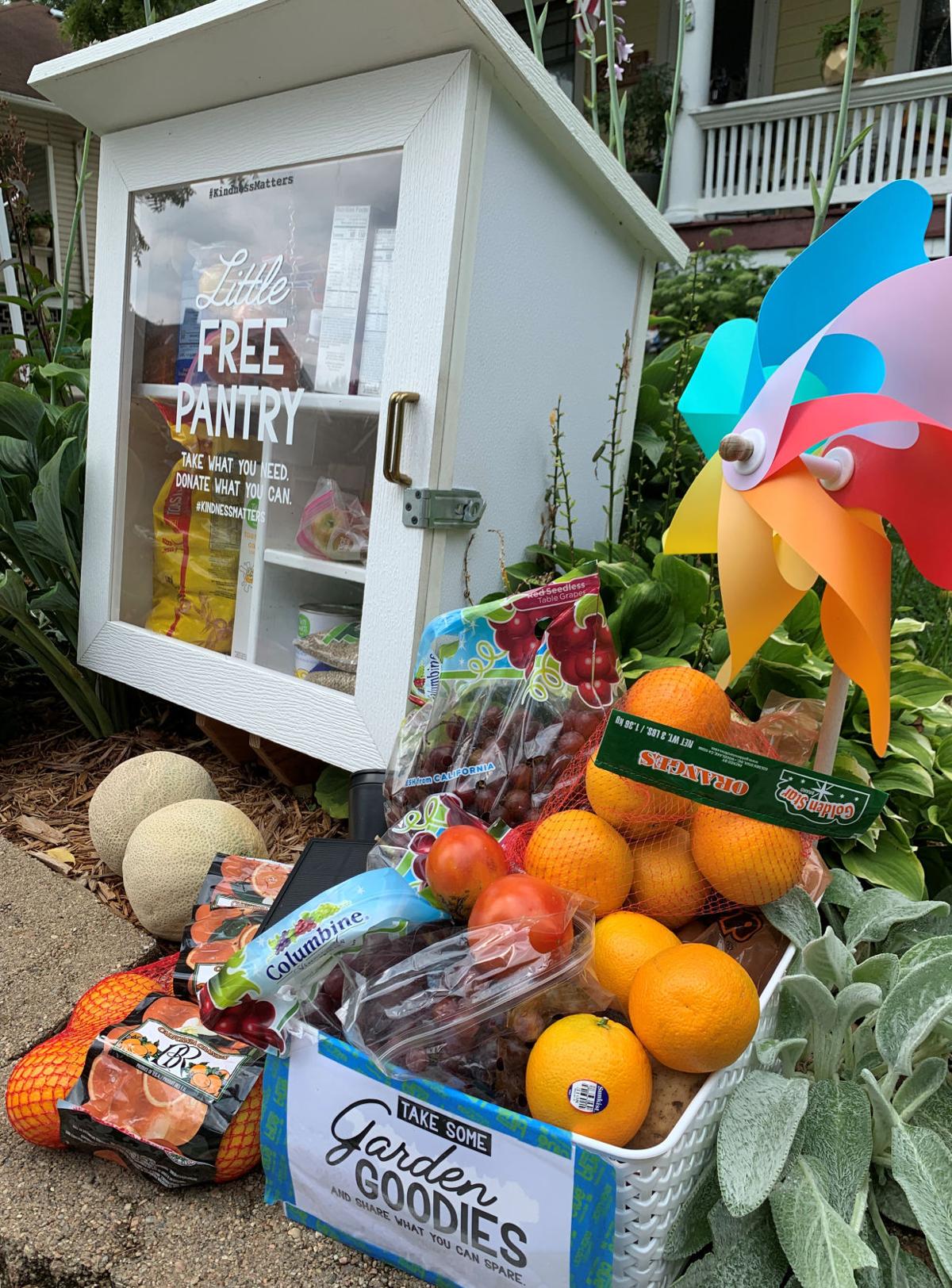 During the summer, fresh fruits and vegetables were often available at the Little Free Pantry. During the winter, it's dry goods only.