For many visitors to Iron Horse Park at Seventh and Q streets in Lincoln’s Haymarket District, the steam locomotive on display is just “an old-timey railroad engine.”

But the journey the 710 took to get to its present location is not known to most.

The Chicago, Burlington & Quincy Railroad (now BNSF) built a large railroad shop complex in Havelock when the railroad first came to town. Today, Havelock Shops do freight car repair, but the shops were originally built to repair and build steam locomotives. Some were built from machined parts at the Havelock Shops, including the engine that would eventually become the 710.

As the Burlington Railroad continued to grow, Havelock Shops’ mission changed, and steam engines were built at other shops in the system. Havelock was converted to a freight car repair shop in 1930.

The 710 was originally built at the Havelock Shops in 1901 as a high-speed engine to pull passenger trains. It has a 4-6-0 wheel arrangement, which means four wheels on the leading part of the engine and six driving wheels to power the engine down the track with no trailing wheels. This type of engine was known as a “10 wheeler.”

As time passed, passenger cars, which had been constructed out of wood with steel frames, started to be built as all-steel cars, which increased their weight.

The 710 could not pull as many passenger cars at high speed compared to newer, larger engines. As originally built, it had tall 72-inch driving wheels that allowed it to move fast.

Since the 710 and her sisters were fairly new engines, Burlington decided to rebuild this engine class for branch line freight service. The 710 went back to Havelock Shops and emerged with 64-inch driving wheels, which cut its speed but allowed it to pull a long string of freight cars.

Its builder’s plate, with its date of remanufacture in 1926, kept the original 1901 build date and is still on the 710, showing its connection to Havelock Shops and Lincoln.

By the early 1950s, as the Burlington Railroad ordered more and more diesel-electric locomotives, the 710 continued to work on branch line trains out of Wymore, Nebraska. It was then working under the No. 910 to make room in the numbering system for new diesels. Upon donation to Lincoln for display, it reverted back to its older No. 710.

Members of the Lincoln Railfans Club recognized the historic significance of the 710 and asked Burlington to donate the engine to Lincoln for permanent display and preservation. The request was turned down. The club was told, “We’re not saving any of those old engines. They will be cut up for scrap.”

W.E. Haydon, a local attorney and member of the Lincoln Railfans Club, was not satisfied, and he contacted the president of the CB&Q Railroad at its Chicago headquarters. Haydon must have made a good case, because he soon reported that the engine would be saved and donated to Lincoln for display.

The 910 was pulled from the “dead line,” taken inside the Lincoln Roundhouse, renumbered to 710 and given a fresh coat of paint. Today, it appears much as it did when originally donated.

The City of Lincoln decided that the 710 should be displayed at Pioneers Park. The engine was loaded aboard a flatbed trailer and the tender on another trailer, and the 710 was trucked to a section of track laid on a hill in the park. The engine was placed on the track, and a fence was placed around it to discourage vandalism. The 710 remained at Pioneers Park until 1990.

It sat in the open, exposed to the weather. Burlington would furnish paint and workers every few years to spruce up the engine, but deterioration was inevitable. The 710, although having a steel tender for coal and water, had the steel tank built on a heavy wooden frame. The wood had rotted, and major work was required.

Restoration and a new display site

The 710 is owned by the City of Lincoln, and responsibility for the engine was assigned to the Urban Development Department, which could apply for grants to do a major engine overhaul.

Carol Eddins of Urban Development was the lead person for the project. She contacted the Lincoln Railfans Club, which had cleaned the engine during the years it was at Pioneers Park, and a plan of action was formed.

The Midwest Threshers Association in Mt. Pleasant, Iowa, had a railroad running around its museum with a working steam locomotive and extensive shops. They were qualified to work on the 710, and the City of Lincoln contracted with them to restore the engine cosmetically.

Once the engine was completed, it would return to Lincoln for display in the Haymarket near the Burlington passenger depot. A caboose that was on display in that area would be moved to a new location behind the 710, but a number of freight cars also on display were deemed to require too much work and were taken away and scrapped.

It was not cost-effective to move the 710 out of Pioneers Park to the nearest rail line and send the engine to Mt. Pleasant by rail. Instead, the city contracted with Big L Wrecking Service, a contractor located in Shelton, Nebraska, that had heavy equipment to move a steam engine. Big L showed up at Pioneers Park with a heavy-duty lowboy trailer and a couple of big Caterpillar sideboom tractors. The steam engine was detached from the tender, and slings were rigged to lift the engine onto the trailer.

Jim McKee: Moving at the speed of news when the telegraph came to Nebraska

Several days later, the Big L crew reappeared, and the loading process was repeated. By late afternoon, the 710 was on the trailer. Carol and I watched black clouds gather in the south, and I remarked that they had better not quit early and instead take the time to get the trailer down to the pavement. They didn’t, and we got a downpour, causing the trailer with 710 to sink into the mud. The next morning, it took three Cats to pull the trailer out! The 710 was on its way at last.

After several months of refurbishment, the 710 returned to Lincoln glowing in fresh paint. The tender had been completely rebuilt with a new wooden frame, and some rust spots in the boiler jacket had been restored. The 710 was pulled off the trailer and onto the waiting display track in front of the caboose.

For many years, the City of Lincoln and Burlington hosted Rail Days in the Haymarket with special rail displays and activities. Lincoln Railfans Club would be present and open the engine so that people could climb up into the cab, see the controls and ring the bell by pulling a rope. But Rail Days have gone the way of the dodo bird and the Star City Parade, and cab tours are no longer offered.

The 710 retains its unusual headlight, which was originally lit by kerosene and later converted to electric operation. These distinctive large headlights are known as “cuckoo clock” headlights, used on many steam engines of 710’s vintage.

The 710 was constructed with the boiler extending way back into the cab between the seats of the engineer and fireman. At one open house event, an older fellow mentioned that he had been a Burlington engineer and operated engines like the 710.

“It sure was hot in the summer, and on cold winter days the cab windows leaked cold air,” he said. “One side of me was freezing, and the other side of me near the firebox was baking!”

Several of the 710’s sisters have also been saved. The 719 is on display in Alliance, Nebraska, and another 4-6-0 is on display at Pioneer Village in Minden.

The ongoing appearance of the 710 is maintained by Lincoln Parks & Recreation and the district team. They have been very good about fixing problems that Lincoln Railfans Club members notice. With proper care, the 710 will likely be around for many years to come as Lincoln’s own steam engine.

Editor’s note: The author, Richard L. Schmeling, is a co-founder and director of ProRail Nebraska and co-founder and president of Citizens for Improved Transit (CFIT). He wrote the book “America’s Shortest Interstate Railroad” and co-authored the book "Trains of Lincoln Station." 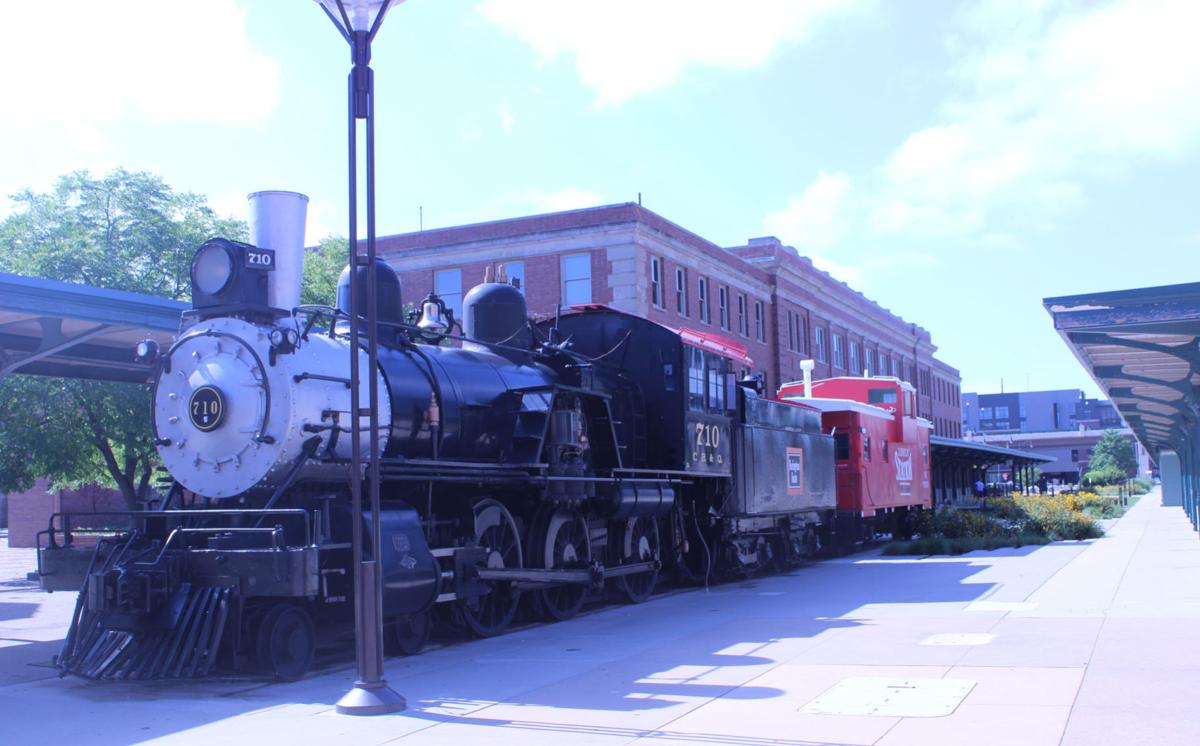 The historic CB&Q steam locomotive No. 710 is displayed in the Haymarket District at Seventh and Q streets, near the Burlington passenger depot. 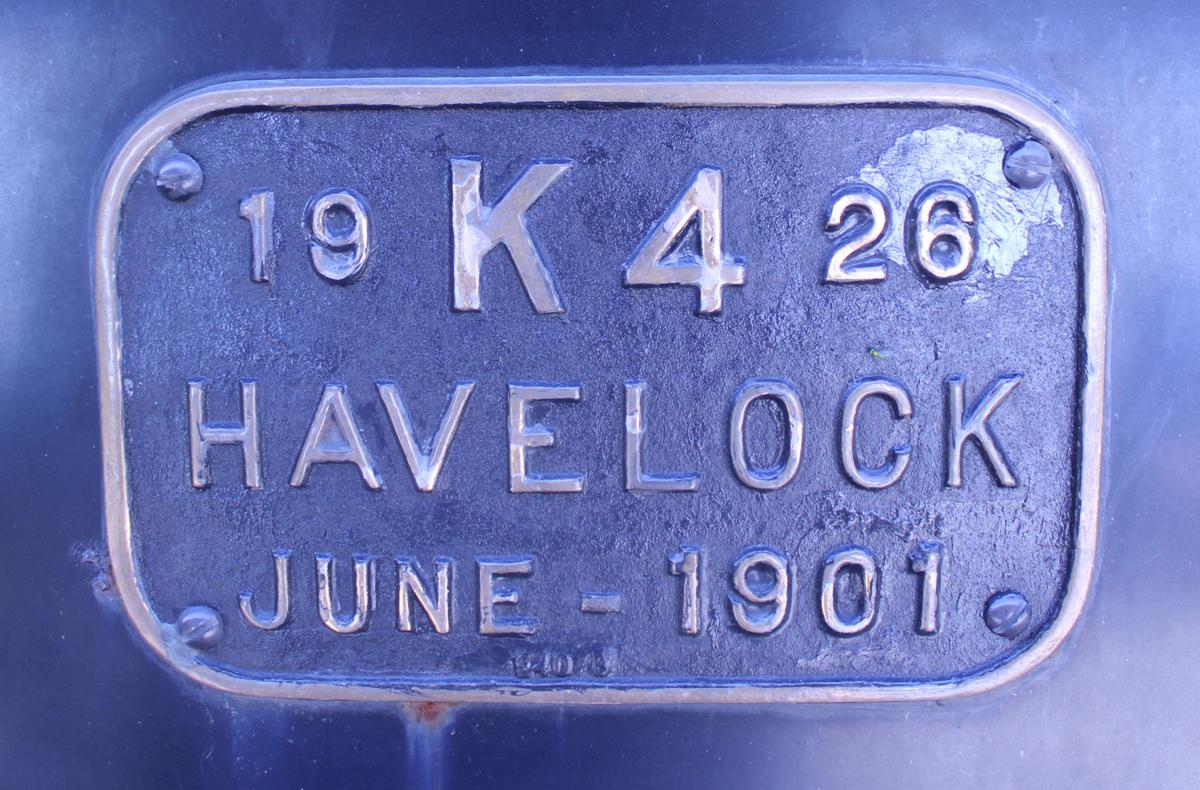 This builder’s plate, with its date of remanufacture in 1926, kept the original 1901 build date and is still on the 710, showing its connection to Havelock Shops and Lincoln. 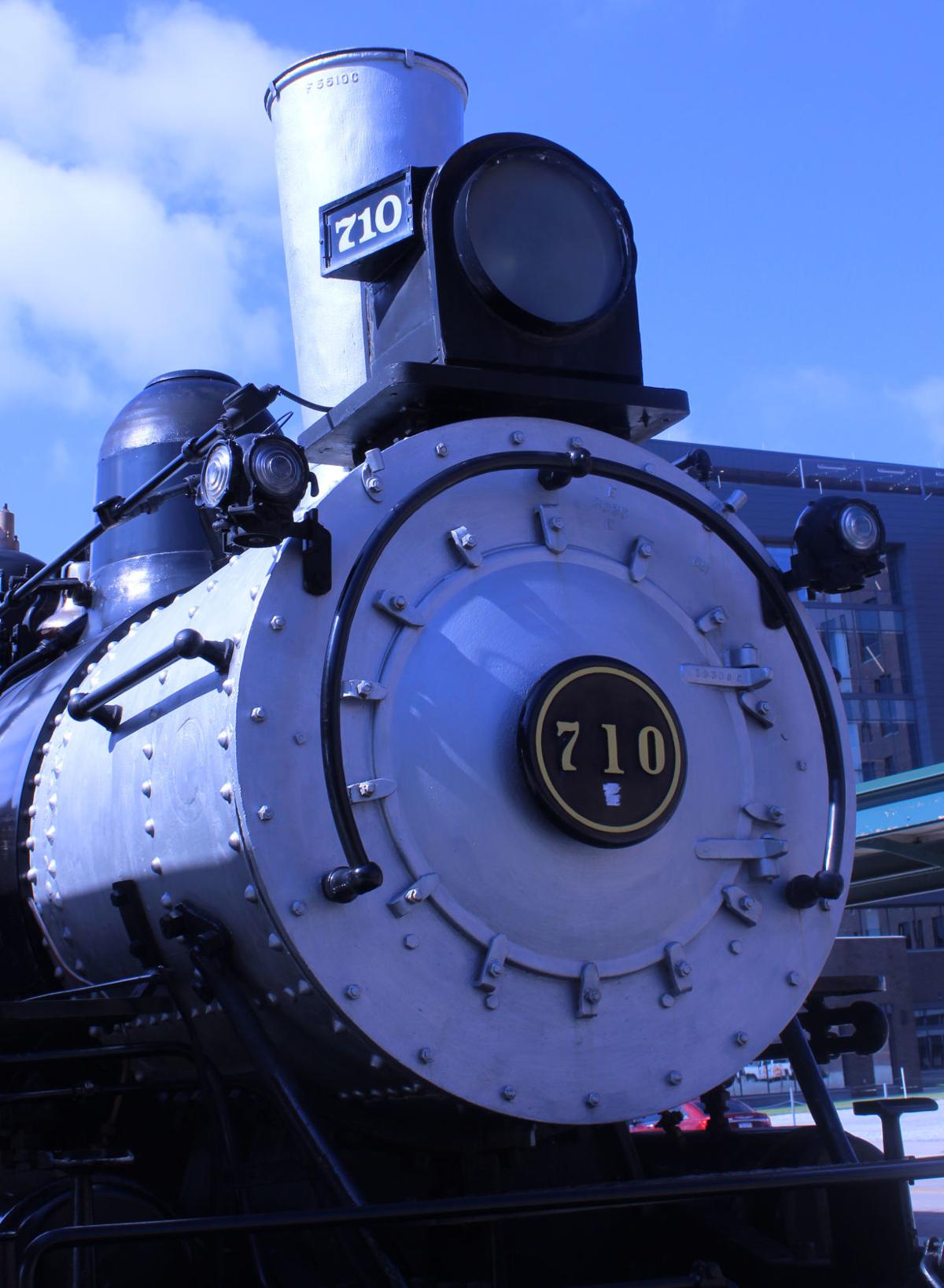 The 710 retains its unusual “cuckoo clock” headlight, which was originally lit by kerosene and later converted to electric operation.