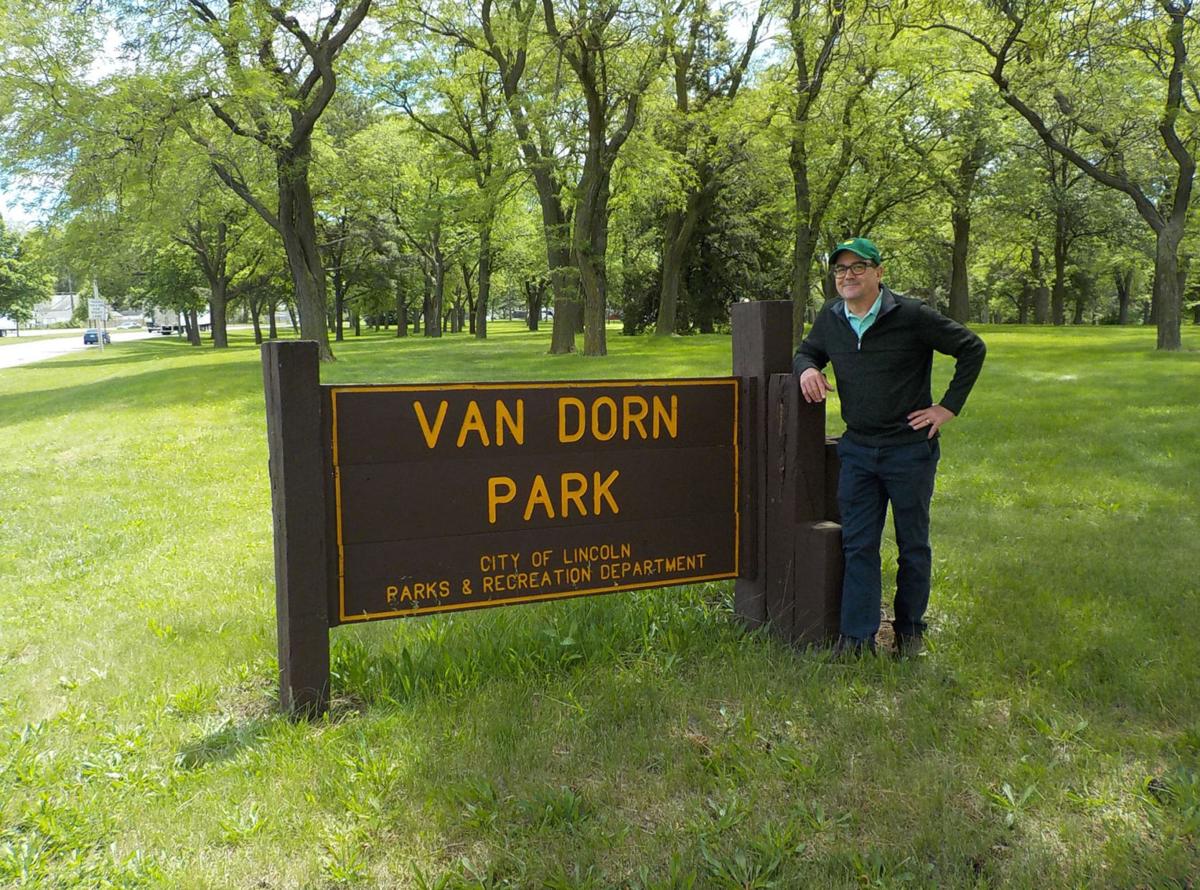 Chris Van Dorn, great grandson of William T. Van Dorn, stands by the park's sign on May 29 of this year when he visited Lincoln for the first time. 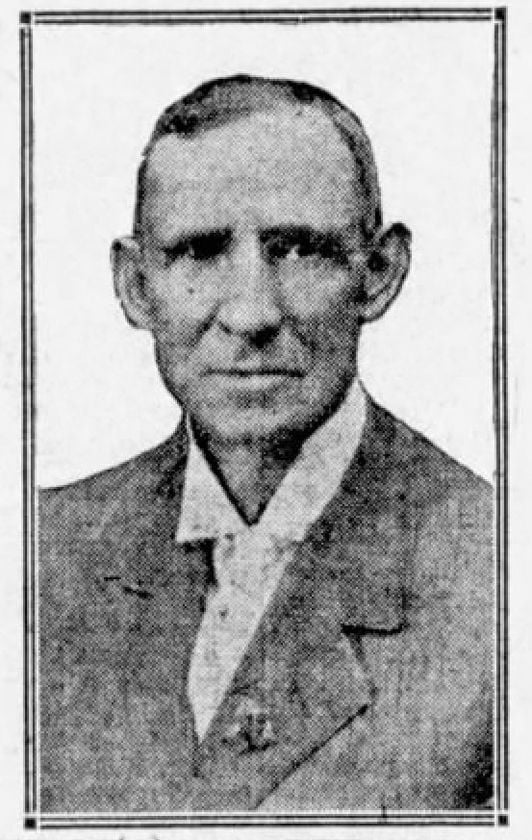 This photo of William T. Van Dorn was published in The Sunday Nebraska State Journal, May 9, 1915, and also in the Lincoln Daily News on May 10 that year under the title "Romance of a Pioneer."

BY DIANE WALKOWIAK FOR L MAGAZINE

In 1870, William Tolbert Van Dorn, an Indiana native, stood on a hill south of Lincoln and decided to purchase 10 acres, which 50 years later would become the foundation of the current 28-acre Van Dorn Park at Ninth and Van Dorn streets.

At the time, Van Dorn lived in Utah and worked for the Union Pacific Railroad. In a “Brief History” that he wrote years later, he recalled his early belief that Lincoln “would, some day, be a great commercial center” and how he bought another 40 acres for real estate development.

He turned his initial land purchase into a nursery. Van Dorn’s parents, William G. and Margaret Van Dorn, came to Lincoln in 1871 to start the nursery, and William T. followed a few years later. When the outskirts of Lincoln reached the property, the adjacent road was named Van Dorn Street. In 1885, W.T. married Emma Bowman and they had three children: Edith, Herbert and William E.

While in Lincoln, Mr. Van Dorn invented the Van Dorn Coupler, a device that allowed for the safer connection of railcars. A manufacturing operation was opened in Chicago, and he moved his family to that city in 1895. The Nebraska State Journal noted in 1902 that his invention had made him “worth a considerable sum.”

On Nov. 17, 1918, he was driving in Chicago and, according to newspaper reports, struck a safety island and his car overturned. Initially, his injuries seemed minor, but he began to decline and died Nov. 29. With his family in Chicago, and having expressed his wish that his nursery property be given to the city, the land was donated to Lincoln by his heirs.

A rocky start for the park

Herbert Van Dorn traveled from Chicago in 1921 to convey his family’s opposition to turning the park into an auto campground. In 1922, in a letter to the Lincoln Star, the South Lincoln Men’s Community Club demanded that the city take better care of the park, and suggested several improvements. But by the 1930s, the park had expanded to 20 acres, contained many amenities and was well used. A 1932 Lincoln Star article noted that Van Dorn Park had 1,000 picnickers one September day.

Van Dorn Park expanded for the last time in 1961, when George Holmes donated $100,000 to purchase land southwest of the park. With that purchase, an abandoned stretch of Ninth Street, which initially ran straight through the park, also became park land. By then, Ninth and 10th streets had cut through the park’s east side. In 2008, left turn lanes were added to northbound 10th Street, resulting in the removal of 33 trees, according to a Journal Star article.

The popularity of Van Dorn Park declined as traffic increased on Highway 2 and accessibility became an issue, and as people experienced an expanding choice of parks and entertainment options. Over the years, Van Dorn Park lost most of its amenities, retaining only a rental shelter and two swingsets.

Recent efforts have added a new playground, mountain bike trail and a beautifying pollinator project to the park, which also includes a popular rental shelter and the Bison Trail trailhead. A drinking fountain will be added, and accessibility will be improved when the South Beltway is completed. Efforts are underway to remove a city materials storage area from the west side of the park.

When the Van Dorn nursery property was donated to Lincoln a century ago, one condition was that an archway or other monument be erected to honor Van Dorn. This was never done. Van Dorn himself lies near his parents and sister in an unmarked grave in Wyuka Cemetery. The family plot contains a single stone marker bearing the name Van Doren (sic).

This summer, William T. Van Dorn will finally be honored with a plaque to be placed in the park. It will be dedicated at a 100th anniversary celebration on Sunday, Aug. 8, from 2-4 p.m., sponsored by the Indian Village Neighborhood Association and Lincoln Parks and Recreation. Music by the McGovern String Band will start at 2 p.m. and continue after the 2:30 p.m. program. The program will recognize donors and workers who have made the recent park renovation possible, and will include a brief history of the park, followed by the plaque dedication by Lincoln Parks and Recreation Director Lynn Johnson. Food and refreshments will be available, and historical maps and tidbits about the park will be displayed inside the rental shelter.

Chris Van Dorn, great grandson of William T. Van Dorn, stands by the park's sign on May 29 of this year when he visited Lincoln for the first time.

This photo of William T. Van Dorn was published in The Sunday Nebraska State Journal, May 9, 1915, and also in the Lincoln Daily News on May 10 that year under the title "Romance of a Pioneer."