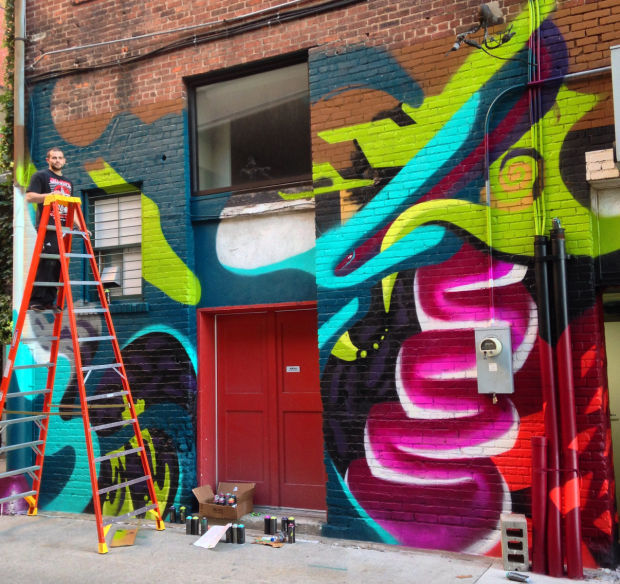 Spencer Pacheco creates a mural on the back of Kiechel Fine Art at 12th and O streets. 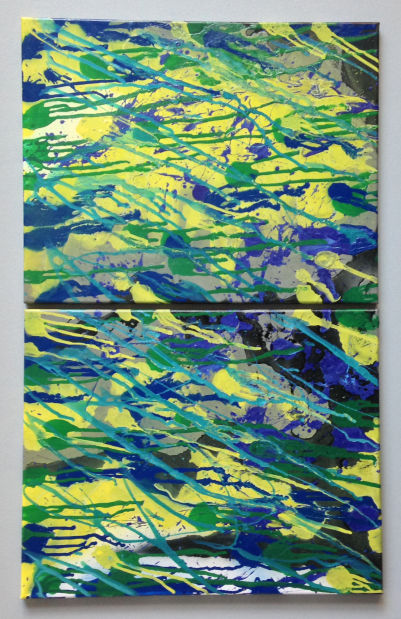 Painting murals can be difficult work.

It's especially difficult when – for outdoor murals – you have to contend with the cold, with the early-setting sun. And it can be nearly impossible to find the time when you're also a full-time college student.

Yet Spencer Pacheco, a Lincoln-born artist who just graduated Dec. 20 from UNL, has been persevering through these many challenges to paint murals on the back of Kiechel Fine Art, at 12th and O Streets, and in view of the bar inside Vega at the Railyard. Murals only represent a small portion of Pacheco's colorful and lively art, however. He has big plans for the future – but manages to stay pretty no-nonsense and humble despite his early success.

The Kiechel Fine Art mural, which will snake 60 feet up the alley side of the building, was commissioned after gallery owner Buck Kiechel saw a Craigslist posting by Pacheco. Although only about one and a half stories are completed, the mural is already a vividly colored amalgamation of snaking elements, almost like high art graffiti. Kiechel ultimately picked the final design, for which Pacheco is using Montana spray paint, a deluxe material, he said, that should keep the mural in good shape for years to come.

The Vega mural is subtler – like a newspaper in the famous riddle, it's black and white and red all over – and, at least in its partial state, blends in with the wall.

With Pacheco's schedule, though, getting both done has proved to be difficult.

“It’s been a little bit of a challenge because both are going on during school,” he said. "I’m still trying to go to class during the day, as well.”

It may also take a lot of time because, as is evident when looking at any of his work, Pacheco is detail-oriented. Although commissioned work, he said, sometimes necessitates a more quickly paced schedule, when he is working on some of his own things – such as his series of black-and-white drawings – he can spend hours tweaking and ensuring everything is right. Some drawings, he said, he will spend more than 50 hours getting just right. (He sweats the small stuff on the murals, too, such as making sure to account, in the Vega mural, for patrons brushing up against the lower part because of the tight space between the wall and the bar.)

Besides the larger works, Pacheco also has several interesting watercolors and splash paintings. All use an electric palette, and frequently reminded me of the art in graphic novels (Pacheco also does graphic design work). They immediately catch the eye with a sort of rush and immediacy, a feeling for which Pacheco strives.

“I have a range of things going on right now," Pacheco said. "As far as my paintings go, some of my watercolors I’ve been doing recently, it’s me trying to convey impulse, or quickness. I’m trying to rely on reaction to the paint to form my art.”

This includes more experimental works, where Pacheco is mixing chemicals with his paint to see what effects they will have on color, texture and composition. These works, at least to this writer, such as the acidic but lovely "Rain," only conjure the art of comic books even further. Outside of these abstract paintings, his imagery, in general, seems to be getting more complex and detailed.

“I have two different directions of style to merge," he said, "[so] it’s difficult and interesting to do it."

But Pacheco's focus hasn't just been on his own work. He also founded 402 Graphics (402graphics.com), a site where – besides displaying his own work – he also highlights the talents of friends and associates, including other artists, comedians and writers.

In the future, Pacheco hopes to take a more "national" approach to his work, expanding his focus outside of Lincoln – but still cognizant of the encouragement his hometown has shown.

“The support from Lincoln is always great," he said. "I kind of was hoping for a word-of-mouth factor for local support, and it’s happened, so that’s been nice. Now I just want to take it to the next level."

One of Lincoln’s long-time families, the Hoppes, are stepping up and meeting a challenge by Mayor Leirion Gaylor Baird and a need they identif…

During Scott Young's tenure, the Food Bank’s outreach and programs have expanded exponentially. A capital campaign launched last year is expected to ensure the efficiency and expansion of the Food Bank for years to come.

Graciela Caneiro-Livingston can sell people on Lincoln with her convincing stories about how vibrant the city is, the incredible cultural scene we have, and the collaborative nature of our citizens.

He's worked on the ranch, served in various leadership roles at UNL and helped found the National Cattlemen's Beef Association. In retirement, he's an artist.

Spencer Pacheco creates a mural on the back of Kiechel Fine Art at 12th and O streets. 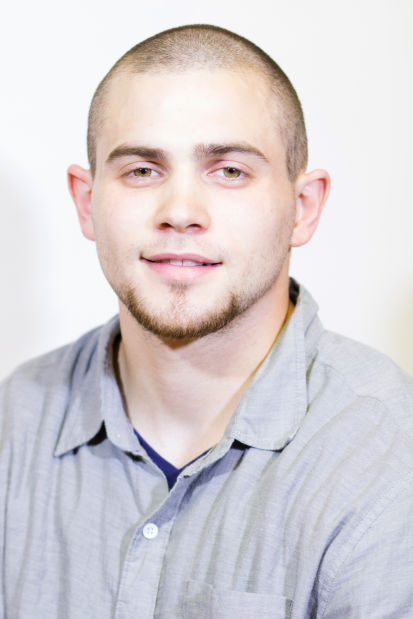