He’s from Sudan. Look it up on a map, and you’ll see that it’s considered a country with a tropical climate. Summer temperatures are often above 110 degrees, and in the winter it cools down into the 80s.

So, just imagine what it’s like to arrive in Lincoln, Nebraska if you’ve been raised in Sudan. Seif Balul showed up here in 1998, and when I asked what he thought of Lincoln today, he replied, “Oh my gosh, Lincoln is family and home to me. There are good people, their welcome is warm and there are opportunities here.”

Getting to Lincoln wasn’t a direct flight as an adult. It started when Balul was just 5 years old and his family walked from Sudan to Ethiopia to get away from war. The family, which included Seif, his parents and their children, all walked back to Sudan after nearly a year.

Then, when he was 17, he’s the ninth of 16 children, they did it again. Only this time, Seif and several others his age kept on the move until they reached Egypt. And from Egypt, in 1986, he ended up going to Tokyo as a refugee.

“I didn’t know any Japanese, I had no real skills, so I took a job in construction helping build highways,” Balul said. “Eventually I went to school and learned computer networking.”

Lincoln's Morgan Gerteisen: 'I thought I really knew our city'

That should tell you something about this man’s drive.

After a dozen years in Japan, he was fortunate to be allowed to move to the United States. And that’s what brought him to Lincoln, again with language challenges and no job.

“After living in Tokyo, a large, crowded and very busy city, Lincoln was slow, there was so much space. I enjoyed the quiet time and learning about the city,” he shared.

And it wasn’t just Lincoln that appealed to Balul.

“One evening I went to a small town, and I saw a gathering of motorcycles outside of a restaurant and bar. I went in and said ‘Hey, I’m from Africa and I just want to say hi.’ They were so nice to me, offered me a drink and they played country music for me.”

Balul’s first job in Lincoln was with Molex. Next he worked as a refugee coordinator for Lincoln Public Schools, and eventually the University of Nebraska-Lincoln hired him as a refugee liaison.

Quentin Brown: Impressed with the warmth of Nebraskans

“I helped the refugee families with life experiences here in America … things like how the schools work, the police and fire departments, financial management and how to buy a house.”

There are 12,000 Sudanese in Lincoln, and now Balul works with them at Lincoln’s One Voice Next Generation Sudanese Center. Working in that capacity connected him with Leadership Lincoln. He participated in the Advocates group.

“I’ve lived here since 1998, but the Leadership Lincoln program helped me learn so much about our city’s history, how the government works and the businesses that employ so many people,” he said. “And, I learned just how our tax money is used. It helps run our city, gives us great schools and so much more.”

If you think that’s all of Balul’s story, hold onto your seat. This young man who walked for two weeks to avoid war -- twice; who kept going and landed in Japan, where he sought education to better himself. In addition, this young man:

- who is from Sudan, where they speak Arabic, learned Japanese and also English;

- was so moved by what happened on Sept. 11, 2001, he volunteered to serve in the United States Army;

- studied and learned Iraqi Arabic because he knew that’s what the U.S. Army needed. He served a dozen years of active duty in Iraq, and at several bases in the U.S. where he helped American service personnel understand the culture and language.

Balul's story is just one of thousands among the Sudanese people who now live in Lincoln. In 2015, Abeny Kucha shared her story on the TEDxLincoln stage. You can watch that story at: https://youtu.be/2vBQsEfrgqI.

Balul deserves to sit back and relax, but that’s not his nature.

“I see more growth for Lincoln in the next five to 10 years, more opportunities, more development,” he said. “It really is the Silicone Prairie with many opportunities for many people. My wife and I are thrilled that our son is pursuing a degree at Southeast Community College, and we’re very pleased to call Lincoln home.

"We may have cold winters here, but the people are warm.”

Cool Crest was a mom-and-pop operation that featured a number of holes connected by walkways, which were nicely landscaped with grass and trees along the way. Did you go back in the day?

If there is one thing that the COVID-19 pandemic has brought to light more dramatically for the Food Bank of Lincoln, it’s that it needs to im…

She left to follow her dreams; she returned to raise her family

Wrapping their arms around our community’s tiniest citizens impacted by the ongoing pandemic, early child care providers are finding their own…

To many of us, Lindsay Peterson will always be “Wisch.” That is how most Husker volleyball fans know her, especially those who followed the te…

Photographing wildlife in and around Lincoln

As much as I love finding new and exciting locations far from home for nature and wildlife photography, I really don’t have to look far from m…

Yet another first for Glenmorangie

We’ve discussed Dr. Bill Lumsden, director of distilling, whisky creation and whisky stocks for Glenmorangie before in this column. His use of… 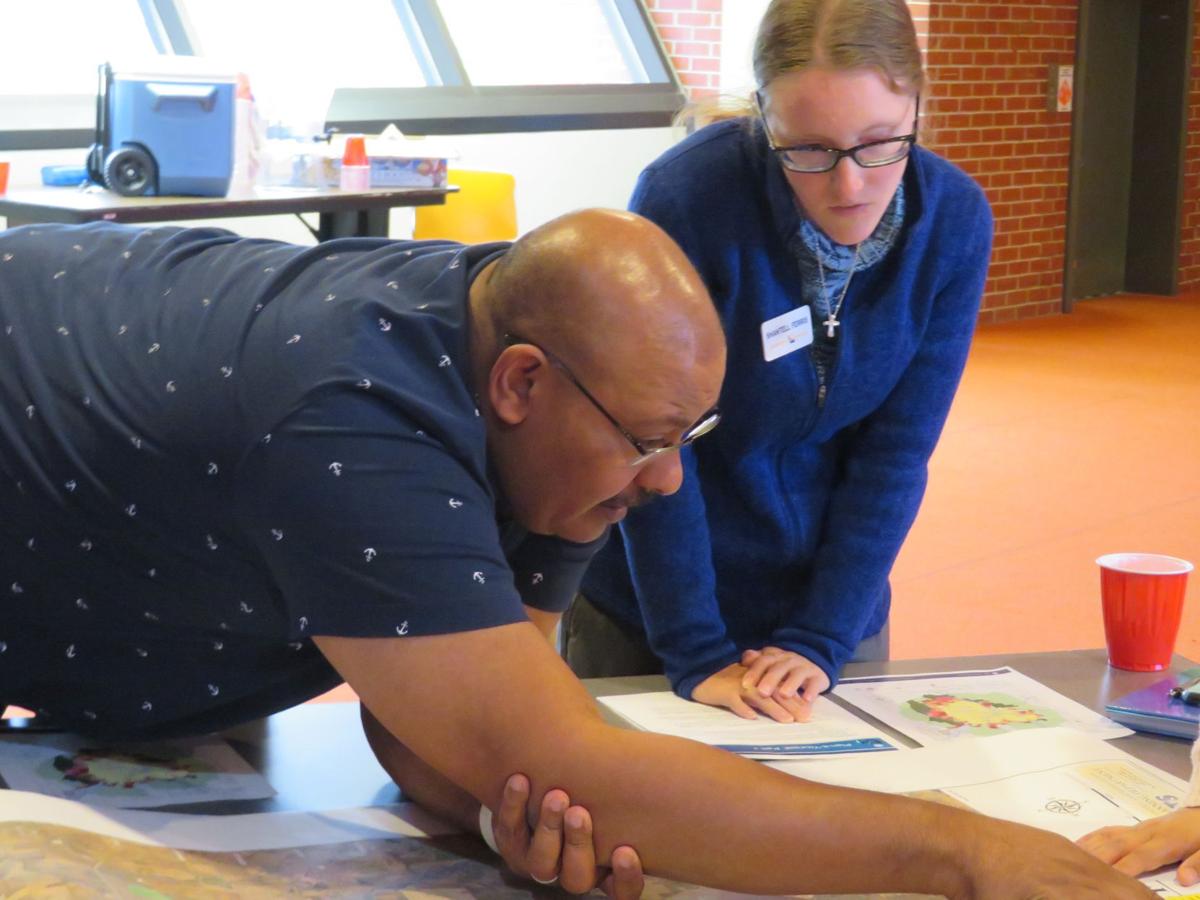 During the Leadership Lincoln Advocates experience, Seif Balul and Shawntell Ferris participate with the others in their group in a city planning exercise that gave them a feeling for the challenges involved. 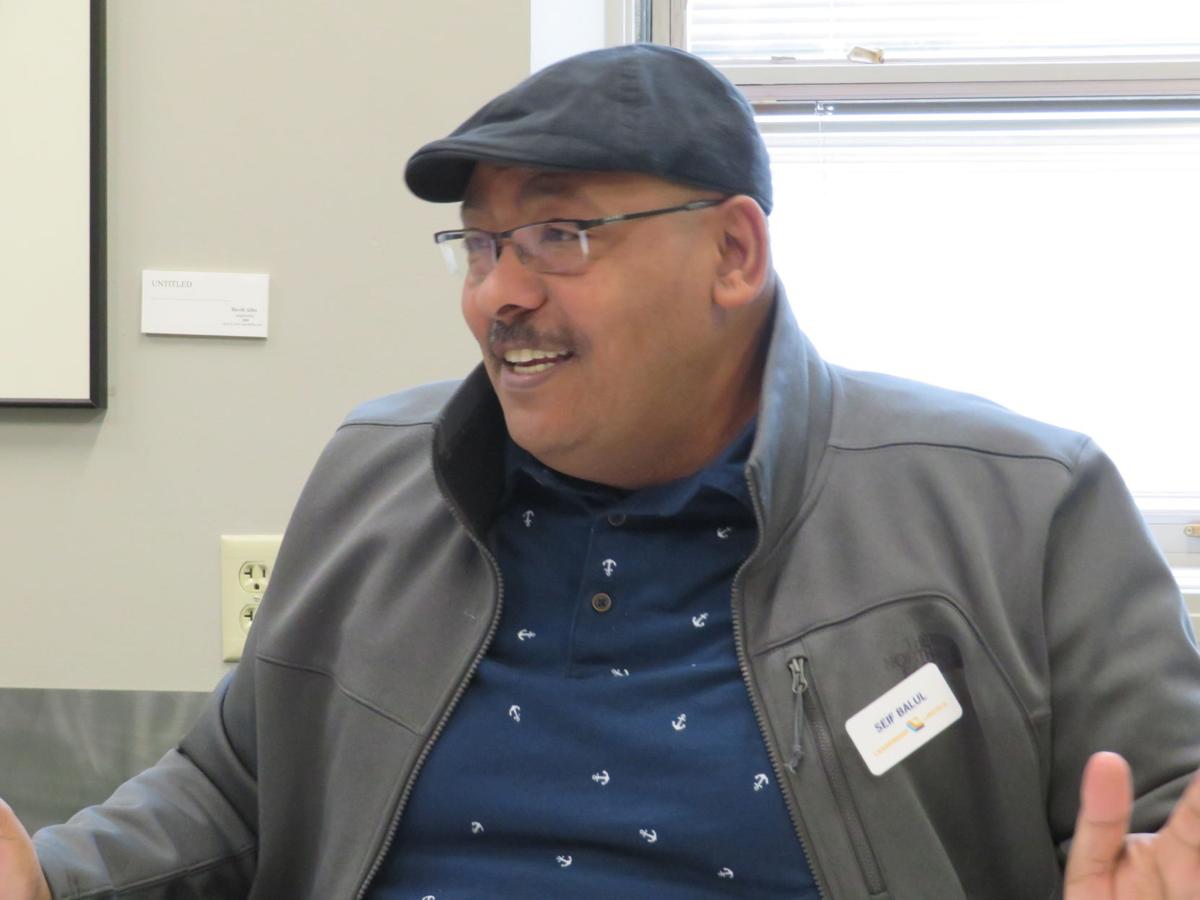