Subscribe
Read Today's E-Edition
Share This
Villa Amore much more than ‘a restaurant associated with a hotel’
0 Comments
Share this
STORY AND PHOTOS BY LARRY L. KUBERT FOR L MAGAZINE

While Albania and Italy are separated by the Adriatic Sea, that didn’t stop Florim “Florio” Ramadani from absorbing the methods and culture of Italian cuisine, nor his execution of creating his own personal interpretations of classic Italian dishes.

Albanian by birth but raised in Italy, then emigrating to the United States, Ramadani came to Lincoln after operating a pair of Italian restaurants in Grand Island and Hastings. In Lincoln, he and his nickname have been associated with several Italian restaurants, with his most recent venture into fine Italian dining being the classy Villa Amore Italian Eatery & Wine Bar.

Opening Nov. 1, 2019, on the south side of the Country Inn & Suites at 5353 N. 27th St., Villa Amore is a far different animal than most other restaurants that are attached to hotels.

Emphasizing Villa Amore’s ambiance, Ramadani says that customers are surprised and shocked by his restaurant’s appearance and service – “It is something they do not expect from a restaurant associated with a hotel.”

From its crisp, understated interior with white tablecloths to the attentive service and the crooning Frank Sinatra music channel, the restaurant is what an older demographic customer appreciates – calmness, politeness and good taste.

While Villa Amore’s lunch crowd is smaller, the evenings are always busy for Ramadani and his staff. Customers are generally travelers – “There are 11 hotels between Villa Amore and the Interstate, with people either going to or coming from Colorado. And they are not interested in fast food or chain places,” Ramadani says.

Dinners at the restaurant also draw patrons from the surrounding neighborhoods and businesses, as well as make it a destination site for couples.

The Villa Amore kitchen is a favorite haunt for Ramadani, who says he spends time in the kitchen almost every day. That would include his creation of the items on the restaurant’s menu. He says that all of the items on Villa Amore’s menu are either his own recipe creations or his interpretation of classic dishes.

He cites the restaurant’s chicken piccata as an example of the Ramadani flourish with the addition of artichokes and red pepper for flavor and appearance. The Villa Amore pizzas are also different, featuring low-carb crusts that are “almost cracker-like.”

From bread to pasta, everything that comes from the kitchen is “hands-on, homemade,” Ramadani says. He adds that Villa Amore also provides an active catering business.

Ramadani says that the restaurant offers an occasional specialty dish, which is promoted on the Villa Amore Facebook page. He also says every third Wednesday from 5:30-8:30 p.m., the restaurant hosts a Wine Tasting featuring five different wines and a small appetizer for $10. He says customers really enjoy the event and most also stay for dinner. The restaurant maintains a hefty selection of domestic and international red and white wines to accompany dining.

You have to try: Before suggesting any of his dishes to a customer, Florim “Florio” Ramadani emphasizes the importance of understanding what a customer wants, whether it be something with chicken or seafood or just pasta. And if it is appropriate to the diner’s tastes, he would heartily recommend they consider one of Villa Amore’s several dishes that feature some of his creative sauces, such as the Salmon Due with brandy cream sauce or the Tortellini with creamy vodka sauce. 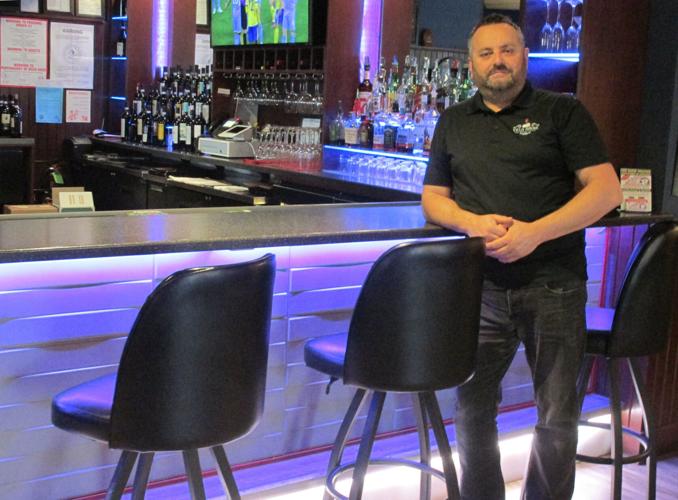 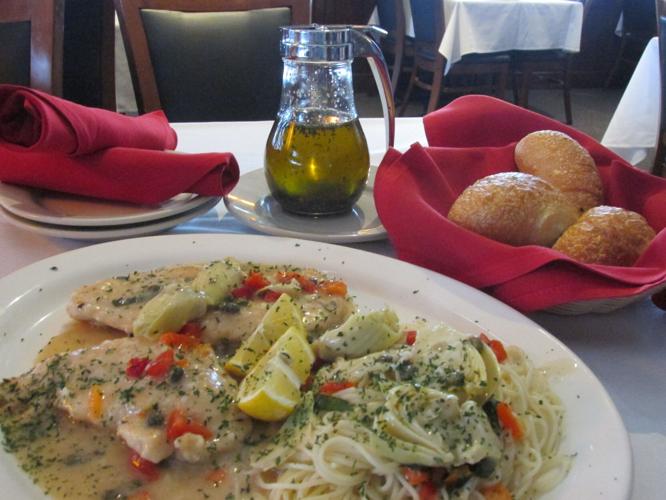