The people look out from the walls of the Great Plains Art Gallery and WallSpace-LNK Gallery, all somber and serious, standing in place or sitting with their hands atop a stand, all dressed in everyday clothes, all set against sepia-toned backgrounds in photographs that mix 19th-century/Civil War era and Depression-era FSA techniques and aesthetics.

But the exhibition “Wayfaring Strangers” isn’t a documentation of the distant past. Rather, the photographs capture a slice of, mostly, Lincolnites during the early months of the pandemic, before vaccines were available and people were confined to their homes.

They were shot by Michael Farrell utilizing a pair of large-format cameras in a makeshift studio in his backyard that allowed for “social distancing” throughout the process, which began with Farrell talking with the subjects to get a sense of their lives and how they were feeling, then taking four images of each, two from a distance and two close up.

A total of 93 people were photographed for the project – more than Farrell had anticipated when it began.

All 93 are represented in at least one image in the two-venue exhibition that, together, presents 169 photographs along with explanatory text that is drawn from the limited edition book “Wayfaring Strangers: Portraits Made During the Pandemic of 2020,” written, photographed and published by Farrell.

The 19th century referents come not only from the sepia tones but from the serious, formal, non-moving poses of subjects who, during the Civil War era, may have had to stay in place for minutes, but in 2022 only had to be absolutely still for a second or two.

That sensibility is best seen in one of the photos of 83-year-old grandmother Nancy Bradley, the oldest subject who, with a lace collar over her long-sleeved black top, stands with her hand on a pedestal, looking away from the camera – perhaps toward the future.

The Farm Security Administration connection comes first from the notion that the photographs are documenting a time of great upheaval – in this case the pandemic during quarantine – person by person.

But visually, it carries through in the straightforward, respectful, almost dignified portrayal of the people who came in front of the camera and, in some instances, the feelings and emotions that Farrell caught with his lens.

The latter is most touchingly seen in a portrait of Malisa McCown, which captures the sadness that she expressed in the statement that Farrell asked all the subjects to write before taking the photos: “My mother has early-onset Alzheimer’s and is in a memory care facility. I had not seen her since Feb. 22nd and after seven months, the disease progression is dramatic. I fear for how much time this pandemic will take from my family.”

McGown’s picture could be a Walker Evans, a high compliment if you know the work of the Depression-era master of the large-format camera.

A portfolio of those statements can be picked up while viewing the show at the Great Plains Gallery, so viewers can read what each of the subjects had to say, if anything. That lends to the documentary nature of the exhibition and adds, in some cases, some understanding of images.

But reading the statements isn’t necessary to appreciate the photographs as distinctively created portraiture, which draws on the work of fashion photographer Richard Avedon’s series of western portraits. At the same time, it replaces the elitist Avedon’s condescension toward his subjects with the dignity and respect given by FSA photographer Dorothea Lange to those she photographed.

Across the exhibition, the photographs captivatingly capture the subjects with their faces and hands always in sharp focus – providing the images’ “expression” while the shirts and chest are often in soft focus.

The backgrounds vary due to the natural lighting that crept into the backyard studio, varying by the day the photos were shot – if it was cloudy or sunny – and time of day. That variation translated to the photographs adds to the exhibitions’ effectiveness, as does the variation in the image sizes.

At WallSpace-LNK, the 30 portraits are huge – 32 inches wide by 40 inches high. At Great Plains, some of the pictures are about half that size. But most of the 139 images are a quarter of the size of the larger photos in that gallery.

The larger images at Great Plains work to the benefit of the smaller, drawing in the viewer with their scale, then as the view moves to nearby small images of the image subject, pulling the eye into the detail and intimacy of the portraits.

A quick word on what “Wayfaring Strangers” isn’t: The project and resulting exhibition was never intended to be an overview of a representative sampling of Lincolnites/Nebraskans during the pandemic.

Because the subjects turned up to be photographed after seeing Farrell’s Facebook posts – they tend to reflect the reach of his “social network” – that is, the majority of the subjects are older and white. There are, however, a few people of color, some families and a mother with a baby, at three months, the youngest person to be photographed.

In fact, the most striking image of the lot is of one of the younger subjects, Tenzin Moore, who, looking straight ahead, has a camera-loves-him charismatic presence.

At both galleries, the photographs are presented unframed, largely because the cost of framing more than 150 works was prohibitively expensive.

Farrell has invested thousands into 8-by-12-inch sheets of film used in the cameras, with the cost of paper, ink and chemicals used in the processing and printing of the images adding even more to the total for an exhibition that was never aimed at selling the work.

First Nebraska casino gets approval, will open Saturday in Lincoln

“I didn’t do it because of that,” Farrell said. “I did it because I thought it would be really valuable in 100 years. These folks showed up and trusted me to do an image that showed what was going on, when we were going through this. I’m really happy with the way it turned out and so, I think, are most of the people who are in it.”

To preserve the photographs as historical documentation, they have been made on archival paper from archival negatives. Both the prints and negatives should last centuries, Farrell said.

That being the case, if the chemistry still exists, the images could be reproduced in a couple hundred years to provide an artistic, intimate, less journalistic record of Nebraskans in the pandemic.

That adds additional importance to “Wayfaring Strangers,” an invaluable collection that illustrates how photography can simultaneously function as art and documentation, to the benefit of both.

Another hotel is in the works in Lincoln Haymarket

60+ pieces of public art in Lincoln

Our Community / Larger than Life

For the first time in its history, Kaneko's upcoming exhibition will feature all artists of color. It will be one of the largest exhibitions in the state's history to do so. 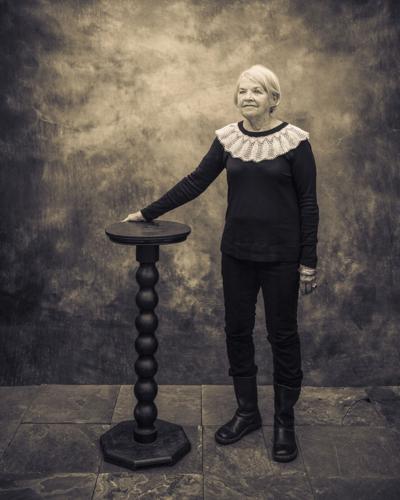 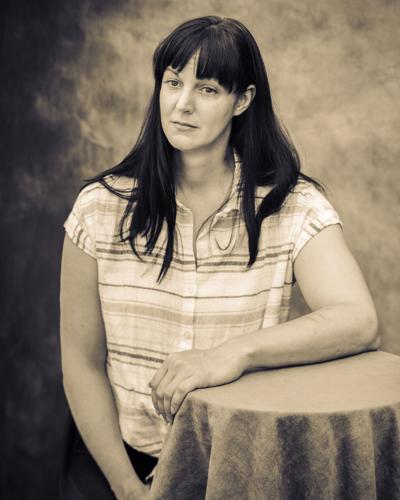 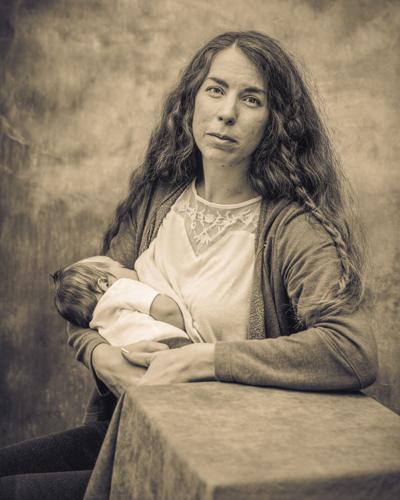 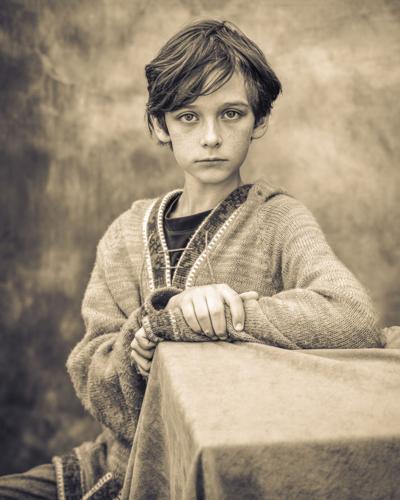