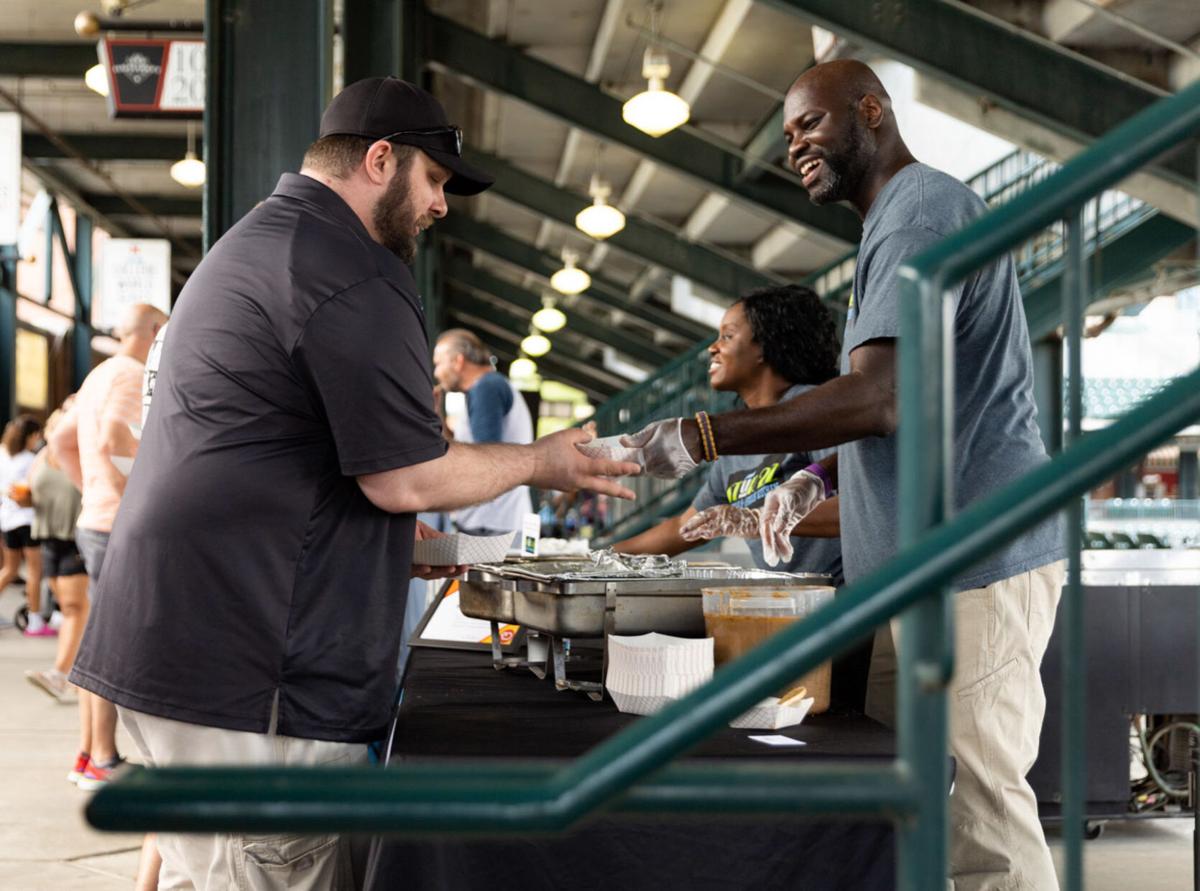 Charles Brewer, chef and owner of Stur 22, hands out his award-winning chicken wings to guests. 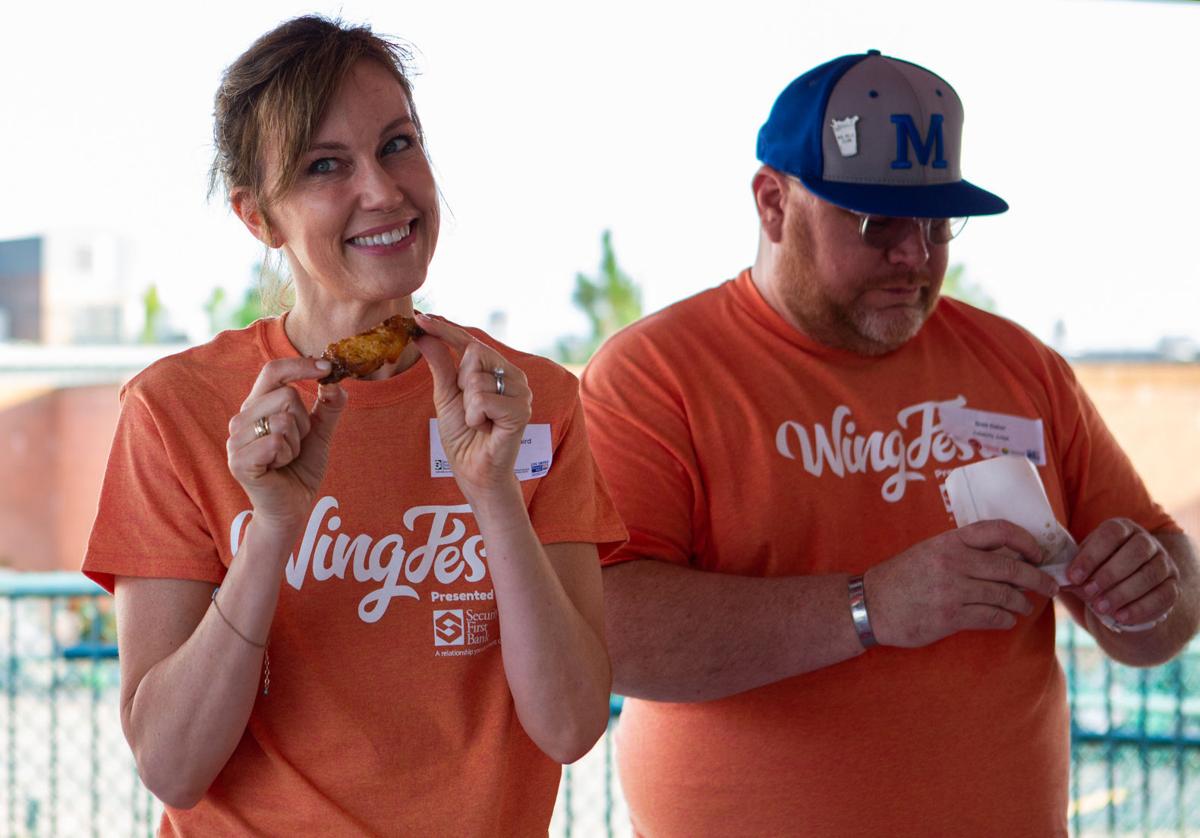 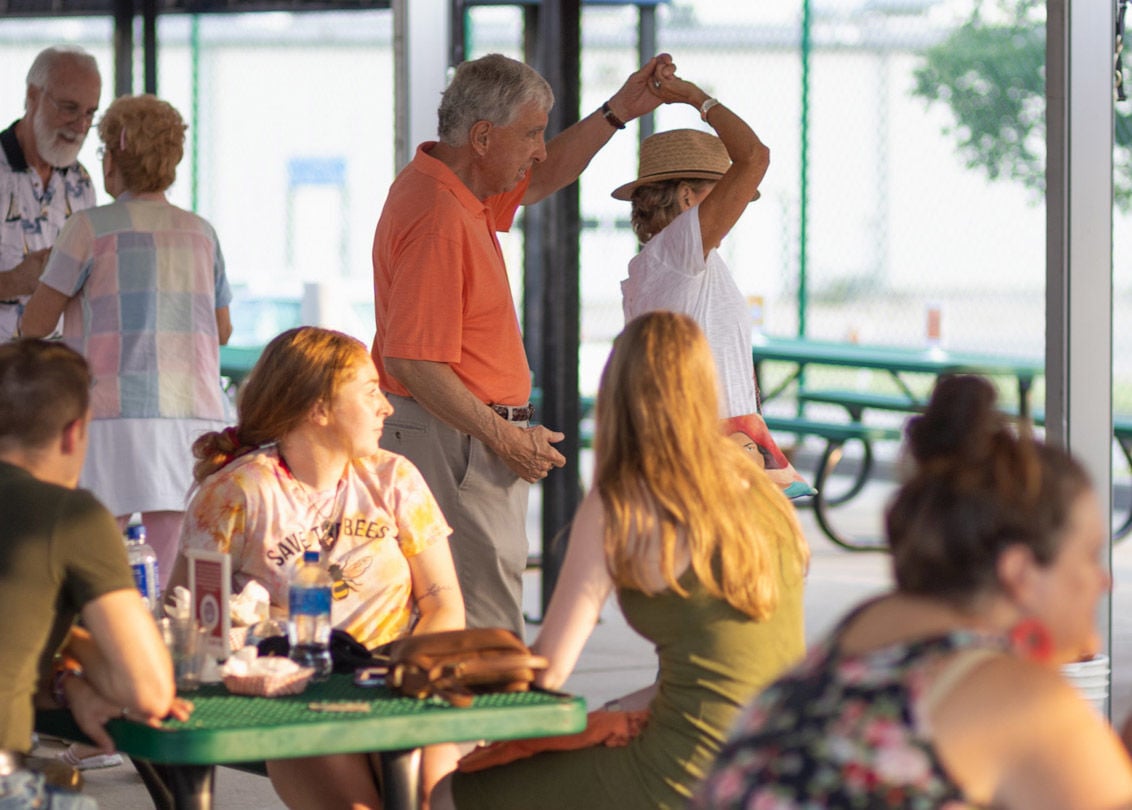 Philip Mullin spins his wife, Linda Robinson Rutz, as they dance to live music at WingFest. 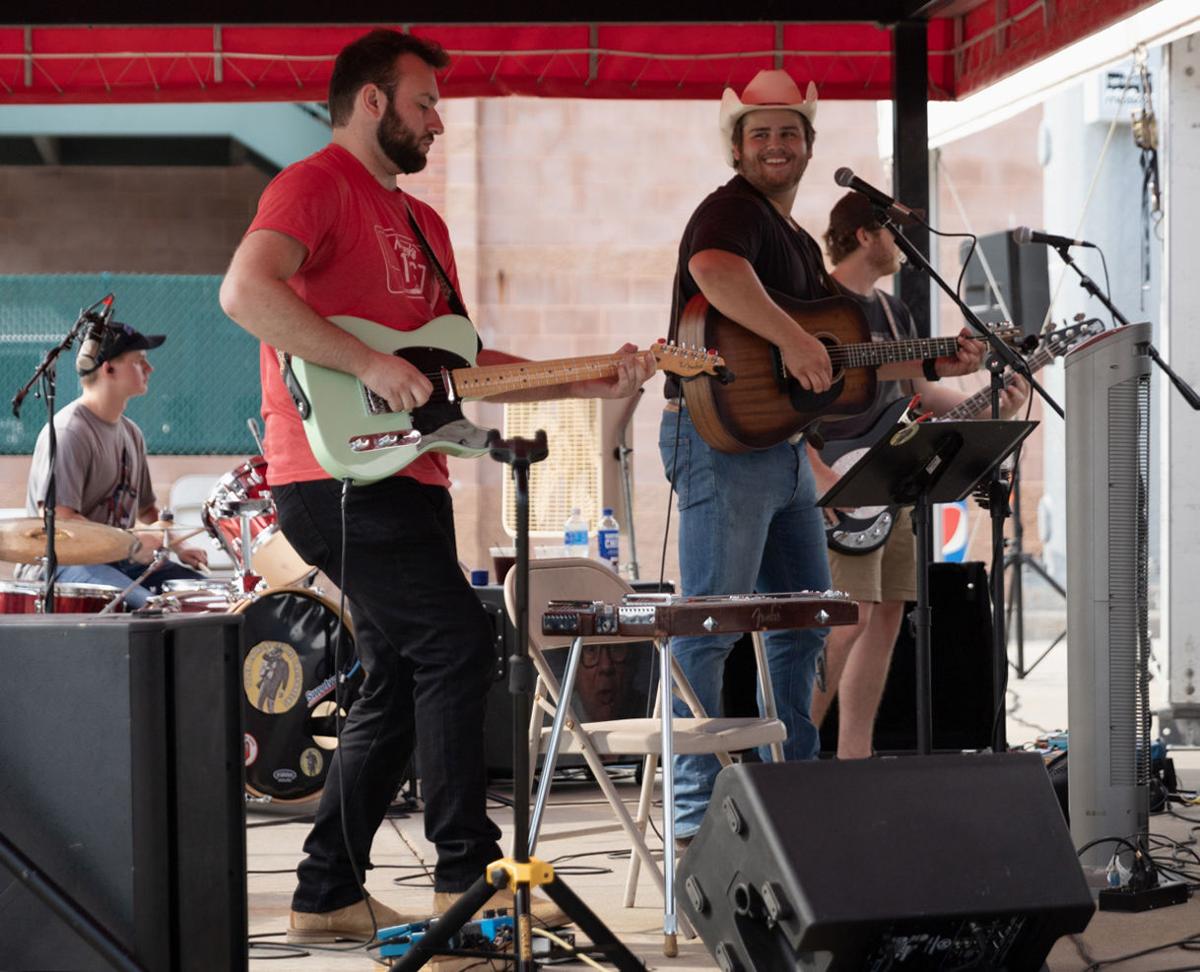 BY PETER SCHNAKE FOR L MAGAZINE

Thanks to venue sponsor Lincoln Electric System, the event returned to Haymarket Park for the second year. But this year, instead of taking place in the parking lot with COVID-19 restrictions, guests were invited into the stadium to enjoy shade from the sun, breeze on the concourse and country tunes by Tyler Anthony and the Trainwrecks, all while chowing down on Lincoln’s best chicken wings and washing them down with beer and ice cream.

It was a tough competition, with Longwell’s Honey Garlic Wing narrowly missing out on taking home an award.

“Once you realize this event is about more than good food, you can’t help but take part in it,” said celebrity judge Lisa Workman, who also represented title sponsor Security First Bank. “It’s about helping kids to get a good start in life.”

United Way of Lincoln and Lancaster County works to bring the whole community together to create long-term, lasting change. While most charities focus on a single group or issue, United Way tackles issues facing Lincoln and Lancaster County as a whole. Focus is placed on health, education and financial stability – the building blocks for a good quality of life and a strong community.

“Last year’s funds are being used by Pershing Elementary to create a Regulation Room to help students in kindergarten through fifth grade practice social-emotional and coping skills and strategies in conjunction with the school’s Social Emotional Curriculum,” said Kaela Paseka of Duncan Aviation, a member of United Way Emerging Leaders United and chair of this year’s WingFest. “Ultimately, with kids learning coping skills, the goal is to increase classroom time for them and reduce educational barriers.”

This year, the group plans to ask for requests for proposals that explore the best ideas for creative learning to support Lincoln and Lancaster County youth in their educations.

United Way’s Emerging Leaders United produces events like these to support United Way’s “ENGAGE.EMPOWER.GRADUATE.” initiative, which works to ensure children and their families have the opportunity to succeed in school and life regardless of circumstances.

To learn more about how United Way helps improve lives in this community, visit unitedwaylincoln.org.

Art in the Garden planned for Sept. 11

For the ninth consecutive year, Noyes Art Gallery will hold Art in the Garden at Lincoln’s Sunken Gardens, located on the southwest corner of …

Charles Brewer, chef and owner of Stur 22, hands out his award-winning chicken wings to guests.

Philip Mullin spins his wife, Linda Robinson Rutz, as they dance to live music at WingFest.