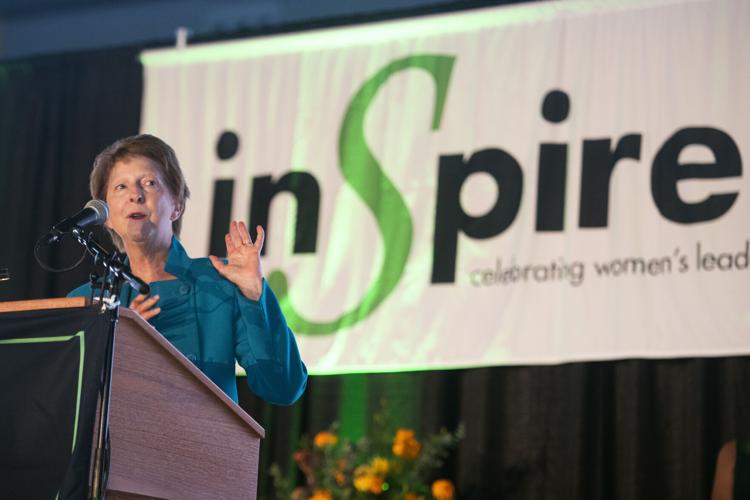 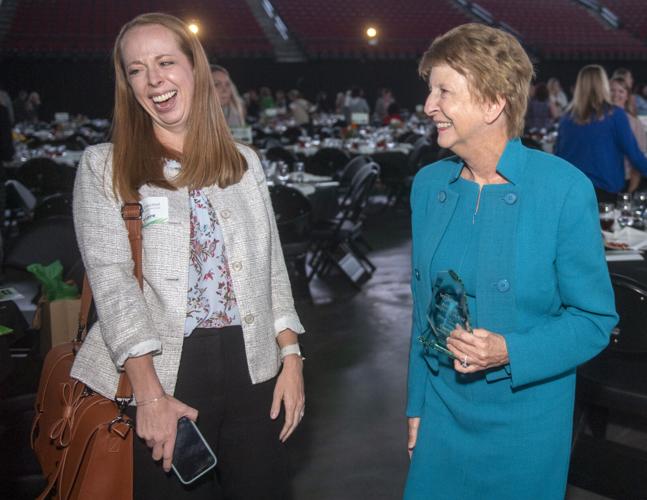 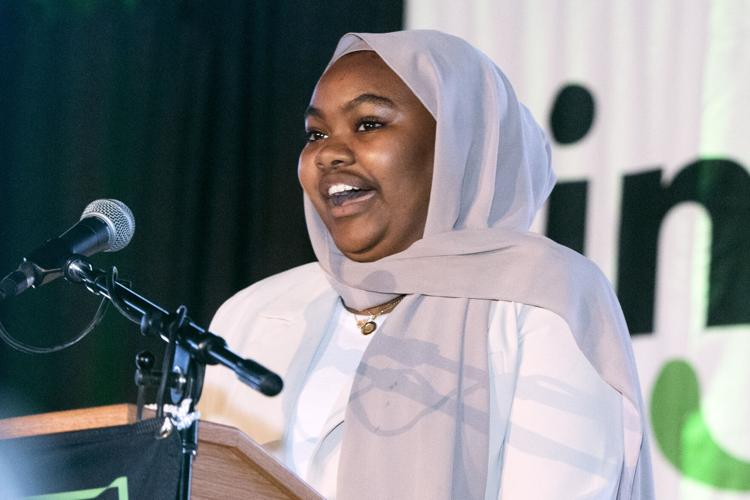 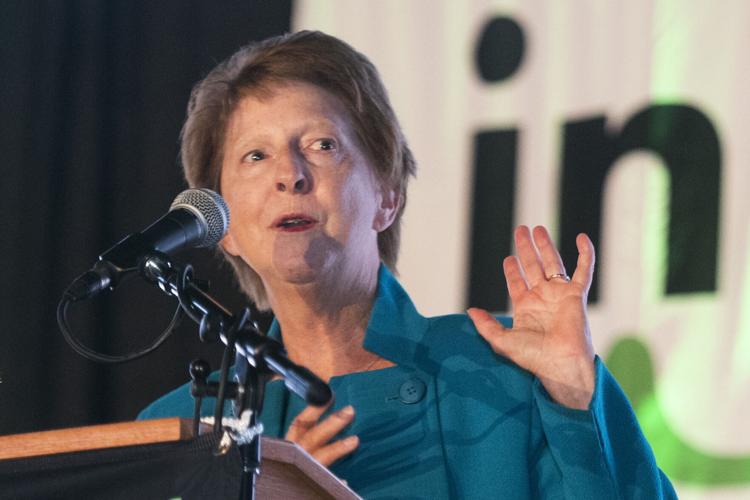 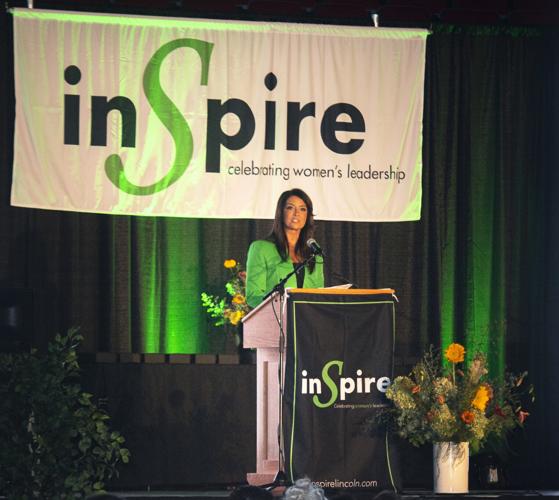 Ava Thomas, president of the west region at Lee Enterprises, speaks during the Inspire Awards ceremony Sept. 14 at Pinnacle Bank Arena. This was the eighth year for the Inspire Awards, which are presented by the Lincoln Journal Star.

Being named Woman of the Year at the the annual Inspire — Celebrating Women's Leadership Awards was the second-best thing that happened to Angie Muhleisen on Sept. 14.

Muhleisen, president and CEO of Union Bank & Trust Co., was late to the ceremony at Pinnacle Bank Arena because her daughter had a baby.

"I was on my way to this event when she called and said, 'Turn the car around, I'm having the baby right now,'" Muhleisen said.

So she witnessed the birth of a grandchild and then got back in her car and drove downtown to the event.

Muhleisen, whose family owns Union Bank & Trust, has worked there for more than 40 years and has been the CEO since 2003.

Among her other roles are a seat on the board of Assurity and chair-elect of the University of Nebraska Foundation.

"I have absolutely loved every minute of being in business, and I love Union Bank and I love the people who work there," she said.

This was the eighth year for the Inspire Awards, which are presented by the Lincoln Journal Star.

The other women honored this year with Inspire Awards were:

To learn more about the Inspire Awards and the businesses that help sponsor them, go to inspirelincoln.com.

No matter how pretty the pictures, no vacation is Facebook perfect.

Kelly Ross, founder and executive director of ECHO Collective, is realizing her dream of empowering women from other parts of the world to reach their own dreams in Lincoln.

“Fast Forward,” the WallSpace-LNK exhibition by Michael James, puts together three bodies of work that revisit his decades as one of the count…

Family heritage and a love of cooking drive co-owners’ passion.

One drawback about bringing nature indoors is that sometimes we get a little more nature than expected.

GlenAllachie is another Speyside distillery that toiled away in obscurity for decades, mainly providing liquid for blends. Rarely seen as a si…

December holiday markets are around the corner

The leaves have turned, the heat advisories are over, and we are finally in the midst of the sweater weather that we crave in Nebraska. The ch…

Ava Thomas, president of the west region at Lee Enterprises, speaks during the Inspire Awards ceremony Sept. 14 at Pinnacle Bank Arena. This was the eighth year for the Inspire Awards, which are presented by the Lincoln Journal Star.